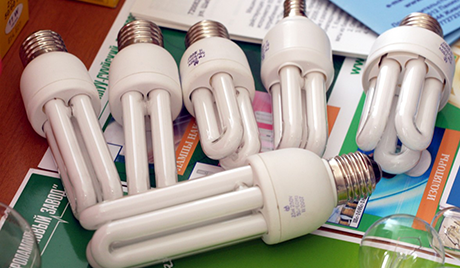 Under current trajectories, the world is headed toward a world that will be 4 degrees warmer by the end of this century. Despite the mounting concern around this scenario, many countries throughout the Europe and Central Asia (ECA) region are understandably reluctant to introduce more ambitious climate policies because they are worried about the negative consequences on competitiveness or energy affordability, for instance.

However, as we try to show in our recent publication, Growing Green: the Economic Benefits of Climate Action, strategic investment in climate action can benefit these countries in the medium- and long-terms – thus offsetting the negative consequences of these investments.

This first area of climate action is simply a co-benefit of policies that make sense even if we were not concerned about climate change. These are things like supporting energy efficiency investments or restoring degraded soils to make agriculture more productive (while also increasing carbon storage in soils).

The second area is what we call climate action as an investment. This gets at the issue of how countries can benefit from greening their economies – doing well by doing good. What we have seen in the last few years is that new firms emerge in countries that have implemented ambitious green policies early and take advantage of the economic opportunities that have sprung from these policies. There are numerous examples in places like Denmark, Spain, or Germany. These opportunities will only grow – and many emerging economies are now banking on this growth.

According to a new report by the Frankfurt School, the United Nations Environment Programme, and Bloomberg New Energy Finance, $244 billion was invested in the renewable energy sector last year – half of which came from developing countries. Although countries such as China – now the world’s largest market for renewable energy – South Africa, Morocco, Mexico, Chile, and Kenya all contributed to this investment, most ECA countries are unfortunately not at the forefront of these trends.

In order to boost investment in this area, countries in the region should recognize that climate action generates economic opportunities and jobs in high tech industries and in research and development, as well as in many other areas. For example, in Germany, only a small share of jobs in the solar industry is in research or solar module manufacturing. The vast majority is in installation and maintenance. Furthermore, ECA countries could potentially benefit from their geographic proximity to green growth leaders in Western Europe by attracting "green Foreign Direct Investment" and increasing trade.

The third type of climate action is what we call climate action as insurance. In this sphere of investment there are some actions that are necessary to prevent dangerous climate change but where the costs still significantly exceed the benefits. Although important, this is a difficult area of investment for many countries in the ECA region.

Examples of action in this sphere include support for research and large subsidies for the deployment of advanced renewable energy options that can eventually drive down costs in the longer term. Given the scale of the climate challenge, public support will be important for quite some time – even if the payoffs may be in the distant future. Supporting these technologies should be considered as an insurance against the more severe consequences of climate change in the long run.

By focusing on these three types of climate action, countries will be able to reap both the economic and environmental benefits of these investments.