A tribute to John Hoffman, an unsung champion of the global environment 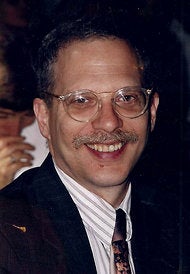 The accomplishments of mid-level bureaucrats, particularly in this time of anti-government sentiment, are rarely celebrated. It was therefore striking to see major newspapers devote significant space to obituaries for John Hoffman, a long-time friend and former colleague who did as much as any one individual I know to design and implement measures to protect the global environment.

I first met John as a young lawyer in the late 1970s, while working on the then new issue of ozone depletion – he for US EPA, me for an environmental advocacy group. We quickly became close confidants working to leverage a unilateral US phase-out of CFCs to achieve an effective international agreement, the Montreal Protocol (recently celebrated at events hosted by the World Bank).

Before almost anyone, he saw the linkages between ozone depletion and climate change, and used his office to produce the first major government report on climate policy – “Can We Delay a Greenhouse Warming?” – in 1983. He was equally adept at highly technical matters such as the creation of a single metric for comparing the impact of ozone depleting substances and policy issues such as the design of environmental regulations.

John had already spent almost a decade thinking about climate change when the first major international scientific report on the subject was published in 1990 by the IPCC. He had identified the singular importance of commercially proven, highly cost-effective energy efficiency improvements as the most promising strategy for greenhouse gas reduction. The challenge was how to promote them without regulation. His solution– born of necessity, as EPA had neither the jurisdiction nor political support to regulate energy consumption–was voluntary rating and labeling developed in collaboration with industry. The Energy Star program, as it came to be called, was radical for its time but deceptively simple: identify, recognize, and promote the most efficient buildings and consumer products with a highly visible label and supportive marketing.

The program grew to cover buildings as well as dozens of consumer products with sizable impact on international markets. In 2011 Energy Star products helped prevent an estimated 210 million metric tons of greenhouse gas emissions — equivalent to the emissions from 41 million vehicles in the US— and reduced utility bills by $23 billion.

Press reports of John’s passing gave appropriate emphasis to the significance of the Energy Star programs. To his friends, John will be remembered for his brilliance, intensity, passion, and persistence. He never rose to the most senior posts within the government, probably because he cared much more about environmental progress than personal status. Yet his effectiveness also reflected considerable savvy in bureaucratic matters. A few of many lessons I learned from observing his special style and approach: Alan:
Thank you very much for this insightful piece. Swo often we focus on governments, countries, programs and policies in our work on the global environment, and yet the people -- the bureaucrats if you will -- behind the programs and policies are really the unsung heroes. During election seasons everywhere (not just here) those who work for the government as careerists are bashed as 'out of touch' or 'overpaid'. However, implementing and tweaking policy on one issue that matters day-in, day-out is tremendously honorable. Thanks also for the lessons shared -- fondly -- Tracy.