Why investors support a price on carbon 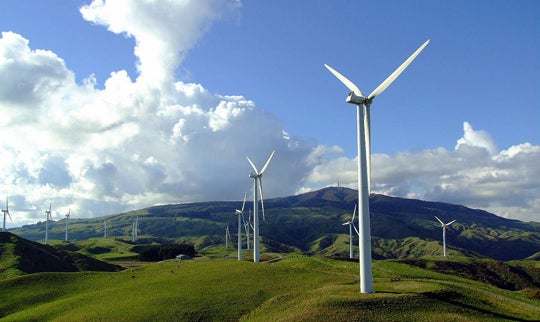 The British economist Lord Nicholas Stern has labelled climate change “the greatest market failure the world has ever seen.” Failing to put a price on carbon emissions leaves the market with no way to address the harm created by these emissions. And with no cost attached to a harmful activity, participants in the market have no incentive to pursue less harmful alternatives. Thankfully, this is changing.

About 40 national and more than 20 sub-national jurisdictions globally have implemented or are scheduled to implement carbon pricing schemes. The world’s emissions trading schemes are valued at about $30 billion, with China home to the world's second largest group of carbon markets, covering the equivalent of 1,115 million tons of carbon dioxide emissions, after the 2,309 million tonnes covered by the EU’s Emissions Trading Scheme.

This progress is good news, and furthering the spread of carbon pricing is essential. Putting a price on carbon reduces emissions and the costs associated with these emissions, costs that end up being borne by everyone, including companies and societies, through an array of impacts resulting from climate change.

But a carbon price must provide a strong economic signal which stimulates investment in favour of low-carbon alternatives. A weak price with no long-term certainty does little to encourage low-carbon investment.

This is why an effective carbon price signal is so important for investors. When conventional fuel carries an appropriate cost for its emissions, low-carbon and renewable energy can compete over time on an increasingly level footing.

In addition to encouraging investment in low-carbon generation, a carbon price also provides investors an incentive to pursue other low-carbon activities, such as tilting portfolios away from high-carbon investments, as they have a clearer view of the economic cost of holding high-carbon assets. However without an effective price signal, the same incentives do not exist and investments get delayed or cancelled.

And delays and cancelled projects have been the reality in the EU, where the collapse of the carbon price due to an over-supply of credits has left investors unwilling to invest on the basis of a weak signal and no long-term certainty. However, the struggles of the EU ETS have provided important learnings for other countries and jurisdictions setting up their own schemes.

California’s carbon market – the third largest in the world after China and the EU – includes both a price ceiling and a price floor, and the price has remained within expectations at around $12 a tonne since launch in late 2012. It has also coincided with a growing economy and increased renewable energy investment.

China’s piloting of seven different emissions trading schemes was in part informed by its study of the problems the EU ETS has faced.  The lessons of these schemes will inform a national ETS to be launched by 2020. And many carbon trading schemes are looking at the viability of formal linkages, following the example set by California and the province of Quebec earlier this year.

However the global trend towards carbon pricing is not uniformly positive.  In Australia, a carbon tax which has successfully reduced emissions and driven low-carbon investment has been repealed.

Carbon pricing is the most cost-effective way of reducing emissions and directing investment away from high-carbon to low-carbon energy projects. But to be effective, the price must be economically meaningful. With the deadline for a global climate deal approaching, we are entering a decisive period for climate action.

Policymakers should seize the learning opportunity afforded by the diversity of emissions trading schemes to establish new carbon markets and improve existing ones. The continued improvement and expansion of carbon pricing is crucial to a low-carbon energy future. By pricing carbon emissions indirectly you are pricing free air - oxygen (a free narural good), and this is also dangerous.
In a Walrasian (economic) world pS=0 as long as S>0 and S>D, meaning price multiplied by supplied Quantity (air) equals zero as long as Quantity Supplied (air) is positive and Quanity Demanded (for air) is less than Supply. Putting a price on carbon emissions
in order to keep air as a free good meaning p(S-Sco2)=0, pS-pSco2=0
pS>0 and pSco2

While I agree with you on the importance of new technology R&D, decrease in deforestation and new electricity generation standards, I don't believe that increasing 'free air' and reducing CO2 emission (through a trading scheme) are mutually exclusive. Similarly, I don't think that climate change is just a 'natural failure', rather, a phenomenon resulted from anthropogenic causes that is coupled with the lack of a sound market mechanism (to deter carbon emission). Therefore, it is my view that a functional carbon trading scheme that is 1. economically viable and 2. accompanied by long-term policy guidelines - is an option that we simply cannot afford to say no to.

Just as mankind has had an impact on the quality of our "free" "natural" public good that you call "air," so too peoples worldwide have had impacts on other "free" "natural" resources such as fish.
Joel E. Cohen, population scientist, is eloquent about the need to regard natural resources essential to our survival or well-being as ultimately limited or scarce.
In his 1995 book, "How Many People Can the Earth Support?" Cohen discusses "economic" versus "biological" overfishing within an "open-access fishery." I make the comparison to breathe-able air because I think it is fair. But, whatever you think, Cohen's discussion seems a good place to start examining why a theoretically pure competitive equilibrium could do real harm to a “natural” public good.
Cohen explains how ECONOMIC overfishing – that is fishing right up to the biological limits of an "open-access fishery" - is ECONOMICALLY inefficient. Fishing a resource to the point of long-run competitive equilibrium (zero profits for all fishermen), depletes a natural asset and, in time, renders it unsustainable. There’s nothing new in the idea of managing natural assets to better outcomes. So why not embrace the discussion about managing the public good which is everyone’s right to breathe-able air?
Competitive equilibrium models or definitions of a public good which don't recognize the need for replenishment and reproduction in natural assets or ecosystems only give "capitalism" an undeservedly bad name.

"I don't believe that increasing 'free air' and reducing CO2 emission (through a trading scheme) are mutually exclusive".....
No!! my point on the comment is that trading air or its components CO2 is a granted failure!!!! Only solution is protection of forest, growth forest policies, higher electricity generation standards, investments and research...

The scrapping of the Australian carbon tax has come under much criticism but they are moving towards sequestering soil carbon under its Carbon Farming Initiative. Is a mechanism that rewards people for sequestering carbon not much better than a penalty for emitting it? Are they not trying to reward people to help with a cure, rather than penalising people for showing the symptoms?

I think we have to do both: carbon tax + paying those who can store (CCS) or use CO2 (CCU). Depending on which products are made (permanent, semi-permanent sequestering) the payment will be larger. Using fossils has to be more expensive than the 'reward' of course: fossil energy should not be for free!!