Why we should be more optimistic about forests and climate change 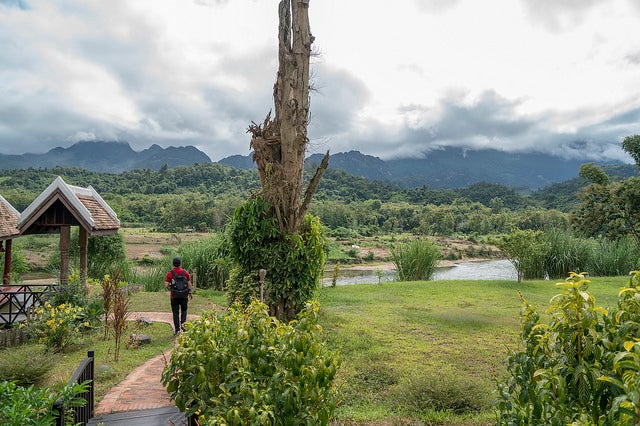 If you skimmed the news this year, 2017 may have seemed like a tough year for climate change.

The US and the Caribbean endured a devastating hurricane season. People across Africa felt the impact of consecutive seasons of drought that scorched harvests and depressed livelihoods. And severe rains and flooding forced tens of thousands of evacuations in Asia.

We’ve all seen these headlines, and perhaps several others that leave us feeling discouraged, to say the least. The thing is, these headlines do not tell the full story.

Year round, I work side-by-side with climate leaders from developed and developing countries across the world through the World Bank’s Forest Carbon Partnership Facility (FCPF) and the BioCarbon Fund Initiative for Sustainable Forest Landscapes (ISFL). Together, we work on the design and implementation of ambitious, large-scale programs to shift entire forestry, agriculture and other land use sectors towards more sustainable (and often more profitable) production models that take pressure off primary forests.

It’s work that doesn’t move as fast as some of the negative headlines roll out. But these are groundbreaking programs with tremendous potential for mitigating climate change and improving livelihoods. They are programs that need to be part of the conversation when we are talking about the state of the planet and climate change.

Under the FCPF this year, nearly all the 47 participant countries are well on the way to building the foundation needed to implement REDD+ (which stands for reducing emissions from deforestation and forest degradation). These activities include improving governance, boosting stakeholder engagement, designing safeguards systems, preparing climate action strategies, and developing forest emission reference levels and national forest monitoring systems. Nineteen of these countries have made significant progress and are now onto designing their programs on the ground.

Ghana’s emission reductions program, for example, spans approximately 6 million hectares, and like many others in the FCPF is helping to address some of the most complex drivers of deforestation.

“Poverty prevents you from seeing the good in an intervention,” says Roselyn Fosuah Adjei from Ghana’s Forestry Commission. “If I have to eat today and there is a forest I can cut down to buy food, that’s my number one priority. I’m not thinking about tomorrow. So, if we can begin to break these poverty cycles by helping farmers increase their yields, that is a huge opportunity, and that’s what this FCPF program helps us do.”

Countries working with the BioCarbon Fund ISFL also made great progress in 2017 to develop emission reductions initiatives. Indonesia’s program, which covers 5 million hectares in the Jambi province, was officially added to the portfolio. Backed by an $18 million ISFL grant, Ethiopia launched its Oromia Forested Landscape Program which will help lay the groundwork for sustainable forest management and investment.

And last month, Mexico was accepted into the ISFL pipeline. The program focuses on development opportunities, in particular through private sector engagement—both with community enterprises and large companies, like Coca-Cola and Bimbo Bakeries.  The initiative will benefit from at least $66 million in finance through a combination of ISFL grants and IBRD loans, and the country will prepare a program to receive payments for emission reductions from the ISFL. Mexico is the first additional country to be included in the ISFL beyond the initial target countries (Colombia, Ethiopia, Indonesia, and Zambia).

A big year ahead

In 2018 both initiatives will hit milestones: the ISFL will mark five years while the FCPF will celebrate its 10-year anniversary.  It is amazing to think that an idea for the FCPF in 2008 to create a $100-million carbon fund, has evolved into a now $1.1 billion fund that also supports REDD+ readiness, and has 60 countries involved, including donors, NGOs, and the private sector. I anticipate it will be quite gratifying next year to hear from all of these stakeholders on the progress made so far, and what the next 10 years of REDD+ should be about.
Topics
Environment
Climate Change
Countries
Ghana
Indonesia
Mexico
Regions
The World Region The lower riparian region Pakistan also depends on waters of Himalayan glaciers. Currently funds r said to be released for agricultural sector. I wish the spending is properly monitored so the farmer's efforts and bank's objectives are achieved.

Wonderful to hear some good news & a positive update on REDD+ & the role of forests, sustainable land management & enlightened self interest in tackling climate change. I am heartened & will share. Philippa (ag scientist with grad dip in nrm, community forestry, forest pests & diseases :-)

The forthcoming activity in Mexico sounds intriguing. I work for the iUS International Agency for International Development in Mexico and would love to learn more about the ISFL work here.
Best
Don

This article is very interesting and relevant to my country. Sri Lanka as a partner country of the UN-REDD Programme has completed the Readiness Phase of REDD+ and met the requirements of the UNFCCC for REDD+ implementation. While the island has around 30% forest cover, it is clear that the main gains to the country of implementing REDD+ are non-caron benefits. Please let me know how Sri Lanka can maintain the momentum gained through the UN-REDD programme by joining the ISFL of the World Bank.

Very encouraging view! We need to keep the momentum and the great appetite of the international community for forest protection and large scale forest restoration on the planet (cool earth). We have been doing great during the deign of REDD+ and now REDD+ institutions across countries are wondering as to how the future unfolds and what roles will they have in the coming 10-20 years. It is time we need to share visions.