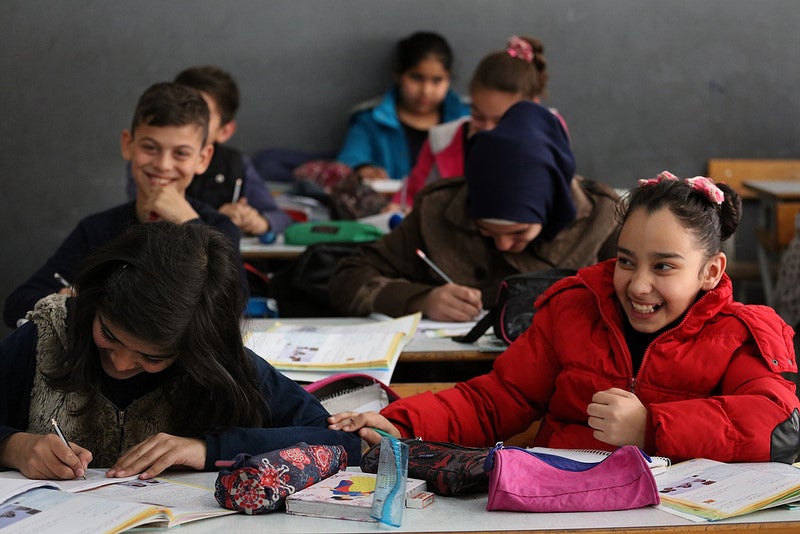 Political violence, conflict, and inequality are closely related, but not necessarily in the ways that people think. Countries in which there is great inequality between rich and poor do not experience more violent conflict than countries with less economic inequality. In contrast, inequalities between groups defined by religion, ethnicity, or regional identities are linked to a significantly higher risk of armed conflict. The good news is that while income inequality between individuals is increasing, identity group-based inequality seems to be decreasing. This could lead to less conflict in the future.

There has never been more inequality

We have collated the best available data from a number of countries in order to measure levels of income inequality between individuals. This provides us with sound data that is comparable across countries and goes back all the way to the 1960s. Not surprisingly, we find that during the period for which we have data, the world has never experienced greater economic inequality than it does today (see figure 1).

Increasing economic inequality is worrying for a number of reasons, but it is not an important cause of armed conflict. This is because armed conflict is not an individual activity. Violent political conflicts are fought between groups—either between an organized group and the state, or between organized identity groups. Economic inequality in itself is not a strong enough unifying factor to bring together groups large enough to rebel against the state.

This does not mean that inequality is irrelevant to armed conflict. For the past 10–15 years, conflict research has focused on group inequality—that is, systemic inequality between identity groups, rather than on inequality between individuals. From a conflict-research perspective, the most interesting groups to examine are often those defined by religion, ethnicity, or language. In many countries such groups are very unequal in terms of political power, wealth, and social status.

Not all inequalities between groups are problematic. In many countries, everyone under the age of 18 is excluded from participating in elections. This form of group inequality is widely accepted. Generation-based inequality of this kind seldom leads to serious armed conflict, but from time to time it contributes to mobilizing support for political change. In Norway, for instance, young people are demanding that 16-year-olds get the right to vote.

The situation is more serious when ethnic or religious affiliation determines access to social, economic, or political goods. In the United States, there was a clear case of political group inequality when African Americans were systematically excluded from political participation until the mid-1960s. In Syria, Bashar al-Assad’s Alawite-dominated regime excluded other groups in the Syrian population from political influence.

In Nigeria, a country with one of the world’s highest rates of inequality, ethnic groups in the north have consistently higher rates of infant mortality and lower educational achievement than ethnic groups in the country’s south. While 50 percent of Christian women in Nigeria born after 1980 have completed lower secondary school, the corresponding figure for Muslim women is only 20 percent.

Research has shown that such identity group inequality is an important cause of armed conflict. This is especially the case when the relative position of identity groups is changed—for instance, if a group that has had access to political power is suddenly excluded from political participation. There is a significantly higher risk of conflict in states that exclude ethnic groups from political power when those groups have previously had the opportunity to participate in political processes.

We have collated data on identity group inequality over time, including data on inequalities in infant mortality between different groups over time. Infant mortality rates are a useful universal measure of socioeconomic development. As such, they are of particular interest for researchers interested in inequality.

Infant mortality rates (IMRs) have declined strongly in recent decades. This is not least the result of the efforts of the United Nations, the World Bank, and aid organizations to achieve the Millennium Development Goals, particularly in relation to infant mortality. More surprisingly we find that these efforts have resulted in a significant decline in infant mortality rates across different ethnic and religious identity groups in developing countries, as shown in figure 2. This stands in strong contrast to the myth that identity group inequality is so persistent that it is almost impossible to change.

Identity group inequality is a significant cause of conflict. A decline in such inequality will, if the trend continues, help reduce the risk of conflict in the future. This is encouraging news. But these changes have not happened on their own. A stronger focus on the new Sustainable Development Goals and an acknowledgement that it is important to reduce identity group inequality will be decisive for preventing conflicts and sustaining peace. I agree that perceived disparities between groups is a better predictor for violence than individual ones. However, I also believe that the type of "invidious comparisons" that give rise to violence are not only perceptual but relative. I'm not sure that infant mortality is a good proxy for this. Public health systems have expanded services, and may be relatively equal in their treatment of different groups, but that may not be reflected in areas such as access to government positions, sharing of economic respurces, etc. that cause many of these invidious comparisons.