With the refugee crisis gaining the world’s attention since war broke out in Syria, many ideas have been raised to address forced displacement, both in the Middle East and in countries around the world. Displacement has emerged as a critical development challenge, one that affects not only the people displaced but also the communities hosting them.

At the Plenary Session on March 1, the first day of the Fragility, Conflict and Violence Forum 2016, a high-level panel representing governments, development agencies, and refugees themselves tackled the need for collaboration between humanitarian and development partners.

Urgent questions included: how can we bring attention to the humanitarian partners? And how can we give voice to the refugees?
Displaced at the age of 10, Deng Majok-gutatur Chol, co-founder and Executive Director of the Lost Boys and Girls of Sudan, said that he had spent 10 years in a crowded refugee camp. Years later, he found that this same camp is still overflowing, with about 160,000 refugees.

Most people housed at the camp are isolated, Deng said, raising the question “how do we ensure that refugees have a voice?” To achieve this, we need to build some sort of bridge between the refugees and their hosting communities. He noted that many refugees do in fact have skills and experiences that could be used by hosting societies for everybody’s benefit.  But hosting countries need a legal framework that allows refugees to contribute to the economy, rather than remaining outside the mainstream.

For their part, development agencies need to evolve their mandates to be able to respond, said Ali Sindi, Minister of Planning in the Kurdistan Regional Government, Iraq. Existing mandates, he added, “are not fit for the current situation.” Agencies need better coordination with each other and more capacity to evaluate what works and where they need to improve.  Sindi noted that innovation plays a role in tackling the issue: the approach should focus on how to minimize poverty in the hosting communities and societies. “We need a holistic system instead of parallel systems for health, education, etc.”

Sindi stressed the big role that investments in the infrastructure of hosting countries and regions can play to help connect displaced youth with education and jobs. Such investments are essential tools for creating jobs for young people. 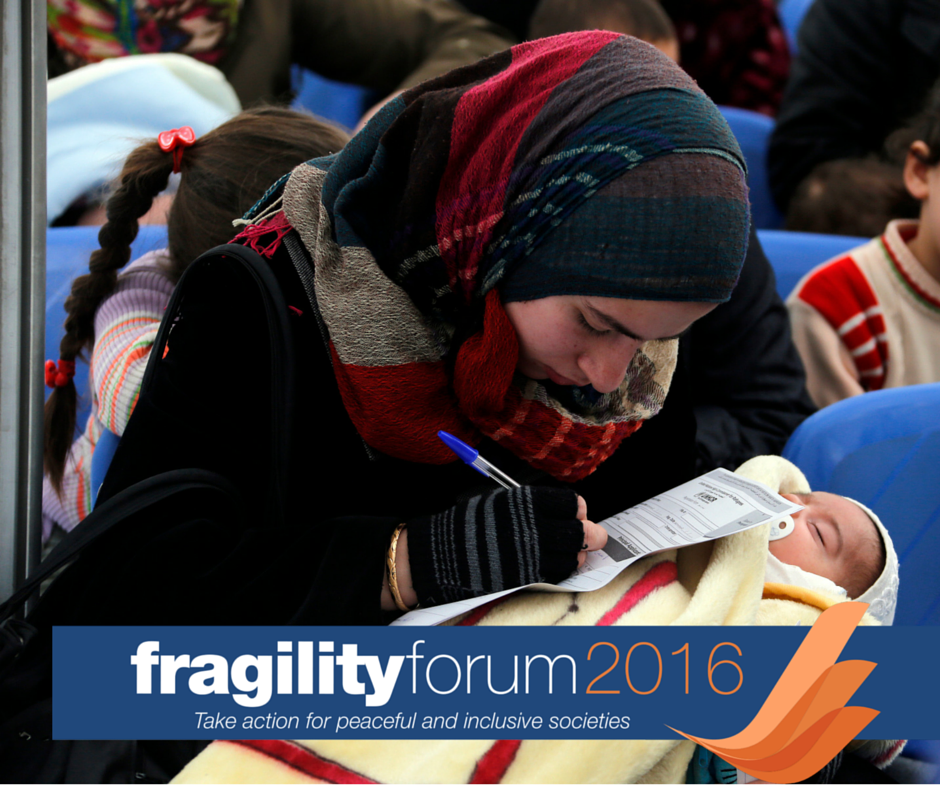 The princess added that just 0.2% of humanitarian funding goes to local and national NGOs. “We have to do better,” she stressed. “We are not building the capacity on the ground if the money is not going to the very people we are empowering and supporting.”

Upholding humanitarian principles where needed, the princess said, we must redesign our development interventions and the financing on national and global levels for better risk management and wiser investment in resilience. If not, she added, we will continue to waste resources: “Our actions and inactions will come back to haunt us.”

Throughout the session, panelists stressed the importance of collective action to ensure new, more effective ways of addressing the needs of displaced people and the countries hosting them.

In your opinion, what can development agencies do for the forced displaced? Share your thoughts using the hashtag #dev4peace on social media and add a comment below!

Format for SHARED responsibility all countries in the World should be promulgated by UN with permanent contingency planning!

Putting an end to Internally Displaced People,the govt of such nation must promote unity amongst its inhabitants