Aid is Good for the Poor

Enhancing the effectiveness of aid has long been the international development community’s core agenda, given the limited resources available for the fight against poverty. With the establishment of the Millennium Development Goals (MDGs) in 2000 and the implementation of the Paris Declaration (PD) on Aid Effectiveness in 2005, the international community has continued to improve the impact of aid on development. However, poverty still persists despite drastic changes in the development landscape.

While aid is generally considered to have a positive impact on economic growth, which is believed to be a vital force in poverty reduction, cross-country empirical studies on aid effectiveness for growth have shown ambiguous results. A few studies have confirmed a positive relationship, while others have argued that there is no significant impact of aid on growth. Moreover, some studies have suggested that the positive impact emerges only with certain prerequisite conditions such as good, climate-related geographical environments, and only in certain forms or categories of aid. Although the current mainstream discourse asserts the importance of good policies for development aid to promote growth effectively, the controversy begs further research. A recent post in in The Economist’s Free Exchange blog also highlighted the continuing aid-growth controversy.

In a new World Bank study, “Aid Is Good for the Poor,” we argue social aid significantly and directly benefits the poorest in society, while economic aid increases the income of the poor through growth. By examining impacts of aid on growth, inequality, and poverty, our study seeks to add insight to the controversial discussion on aid effectiveness.

Results presented in the past literature on aid-growth have been quite often ambiguous, and to some extent controversial, due to the usage of aggregate aid data in various analyses. The insignificant, even negative, results in past literature should be regarded as natural because aid is not necessarily, or directly, targeted at economic growth. The purposes of aid are diverse depending on project and programs. If the ultimate goal of aid is to reduce or end poverty, aid needs to benefit the poor more than other income groups and reduce inequality. Past literature paid very little attention to the distribution effects of aid for poverty reduction.

To shed light on this, we conducted a series of cross-county analyses on the impact of aid on growth, inequality, and poverty, using sector level aid data (economic, social, and aggregate aid) and distributional income data of 116 countries over the past three decades (60 countries over two decades for the sectoral aid analyses). For detail on the methods and empirical models, please refer to Section 2 in our paper.

Table 1 shows the results of our Barro-type ad hoc growth regressions for conditional convergence, with elements of exogenous conditions; a set of important factors such as policies, institutions, and factors of globalization; and sectoral aid. The results shows that impact of economic aid on growth was significantly positive (Column 6), while coefficients of social aid (Column 7) and aggregate aid (Column 8) were positive, yet smaller and insignificant. These results imply that economic aid contributes to growth. 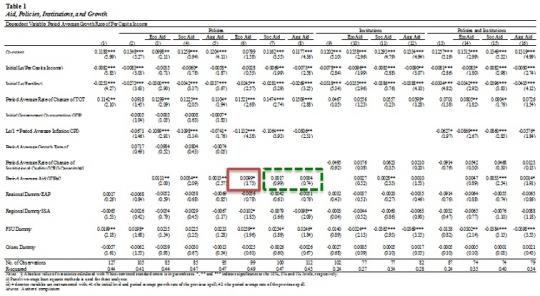 Table 2 shows the estimated results of our examination of the variation of average incomes of quintiles 1-5 by variation of average income of the country with economic, social, and aggregate aid respectively. We found that social and aggregate aid had positive systematic effects on quintiles 1 and 2 at the 1% significance level (Columns 6, 7, 11, & 12) and negative systematic effects on quintile 5 at the 1% significance level. These findings prove that social and aggregate aid benefits the poor more than other income groups. Furthermore, these show that aid contributes to reduce inequality by narrowing the gap between the rich and the poor. The negative and significant coefficient attached to the richest quintile may suggest that countries might have worked on distributional policies while receiving international social aid. As for economic aid, none of the coefficients were significant (Columns 1-5). That is, economic aid does not have systematic effects on the poor, nor any particular income group. Together with the evidence that economic aid contributes to economic growth in Table 1, the estimated results for quintiles 1-5 reveal that economic aid is good for the poor through growth effects.

The study shows that aid is good for the poor, because it not only benefits the poor in similar proportion to other income groups on average, but in fact it also benefits the poor more than other income groups. Presented evidence suggests that utilizing both growth and distribution effects of aid could maximize development effectiveness. Development aid could play an important role in assisting developing countries to find the optimal mix of economic and social aid to achieve poverty reduction and effectively share prosperity.

We hope that the findings from this study will help readers rethink the important role of aid in achieving the global development goals of ending poverty and promoting shared prosperity. In our next post, we will further discuss aid effectiveness in relation to globalization. Economist, Office of the Chief Economist for East Asia and the Pacific, World Bank