All in the family: Estimating resource allocation within households 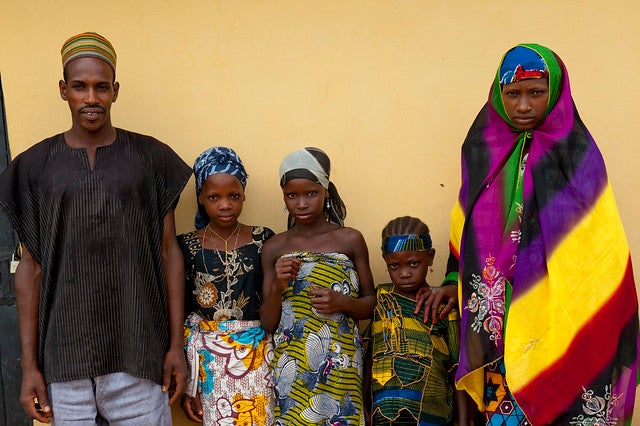 Malnutrition is rampant in rural India and a leading cause of child mortality. In 2015, the Grameen Foundation’s  Rajasthan Nutrition Project attempted to improve nutrition in rural communities by defying the traditional norm that men are served first, while women and children take what is left. An evaluation suggests that the project led to improvements in food security.

Rural India is not the only place where resources are shared unequally within households; similar patterns have been documented in Bangladesh, Burundi, China, and Senegal. Despite this evidence, most monetary poverty estimates are based on household-level measures of resources and identify “poor individuals” in accordance with the poverty status of their households – regardless of their age and gender.

Measuring intrahousehold inequalities in poverty is no easy task

The prevailing approach to poverty measurement is partly tied to how household surveys collect consumption data. We do not have cost-effective methods to elicit who in the household consumed how much out of shared meals. Other consumption items, such as housing, cannot be allocated to specific individuals. This makes it extremely difficult, if not impossible, to directly observe how resources are shared within households.

As a result, researchers have tried to estimate resources allocated within the household by developing structural models of household decision-making and making the most of available survey data in which parts of household consumption can be “assigned” to individual household members.

The data requirements of this approach are modest: Most studies rely on a single “assignable good,” typically clothing, that is disaggregated among groups of men, women, and children in household surveys. The structural models estimate resource shares over the entire consumption basket, but anchored in clothing expenditures that make up only a fraction of overall consumption. So, the model makes strong assumptions on how households and individuals behave, which are only partially testable.

In a joint project between the World Bank and the Institute for Fiscal Studies, we put model-based estimates of intrahousehold resource allocation to the test using data from Bangladesh, Malawi, and Tanzania.

We started with the model proposed by Dunbar, Lewbel and Pendakur. Our results, shown in Figure 1 and discussed further in chapter 5 of the 2018 Poverty and Shared Prosperity Report, highlight inequalities within households in resource allocations in Bangladesh and Malawi. If resources were shared equally, we would not observe different poverty rates between men, women, and children, but clearly, we do find differences. In both countries, children are disproportionately affected by poverty, though this depends also on assumptions about the relative needs of children. Women are poorer than men in Malawi, though not in Bangladesh.

What else did we learn?

First, data quality matters. For instance, households without children sometimes report spending on children’s clothing, which suggests either misreporting or real spending that goes to kids living elsewhere. We have more work to do to understand if and how this affects estimated resource shares.

Second, sample size matters. National surveys vary in terms of sample size, tied to the administrative level at which the results need to be representative. The Tanzania National Panel Survey covers 3,000 to 5,000 households – much fewer than the Bangladesh and Malawi Integrated Household Surveys.  As a result, the resource share estimates in Tanzania had such a lack of precision that they became meaningless.

Third, with the right data, we can validate resource share estimates. We leverage a rare feature of the Bangladesh data, namely individual-level food consumption, and compare the estimated resource shares based on food vis-à-vis clothing.

The results are illustrated in Figure 2 - the horizontal axis shows the percentage of household resources that are allocated to each man, woman and child living in a household with 1, 2, 3, or 4 children. The figure shows both the point estimate, i.e. our best estimate of the resource share, and the confidence interval, a measure of how precisely we are able to estimate the share. The comparison of panels (a) (food) and (b) (clothing) shows that the point estimates of resource shares are relatively close with both options. The precision of the estimates, however, is much greater with food than with clothing – that is, the confidence intervals are smaller in panel (a) than (b) – presumably because of food’s larger share in household consumption (33 vs. 3 percent). And, if the estimation is based on food, the resource share estimates for women are somewhat smaller in households with 2 and 3 children, while the corresponding estimates for children are larger (and these differences are significant at 5 percent).

In other words, if food is assumed to be a more reliable indicator of intrahousehold sharing but the estimates are based on clothing, women's poverty is underestimated relative to children's poverty. These results highlight the need for further research, including field experiments, to ultimately move away from the unsatisfactory assumption of equal sharing and toward poverty measures that better reflect realities on the ground.

To learn more about global poverty in general, and specifically about differences in well-being within the household, read the Poverty and Shared Prosperity report 2018, “Piecing Together the Poverty Puzzle.”