This blog is the first in a series of nine blogs on commodity market developments, elaborating on themes discussed in the April 2019 edition of the World bank’s Commodity Markets Outlook.

Oil prices will moderate from their current highs and be lower on average in 2019 than in 2018 on slower-then-expected global growth and rising non-OPEC production, according to our latest Commodity Markets Outlook. Metal, agriculture prices are on track to stage a partial recovery, with momentum likely to pick up in 2020.

Energy prices fell 8 percent in 2019 Q1 (q/q) with sharp slides in coal and natural gas prices, while oil prices have climbed steadily since the start of the year. Crude oil prices, which averaged $68/bbl in 2018, are expected to average $66/bbl over 2019 and $65/bbl in 2020, although the forecast remains highly dependent on the course of actions and decisions by governments. 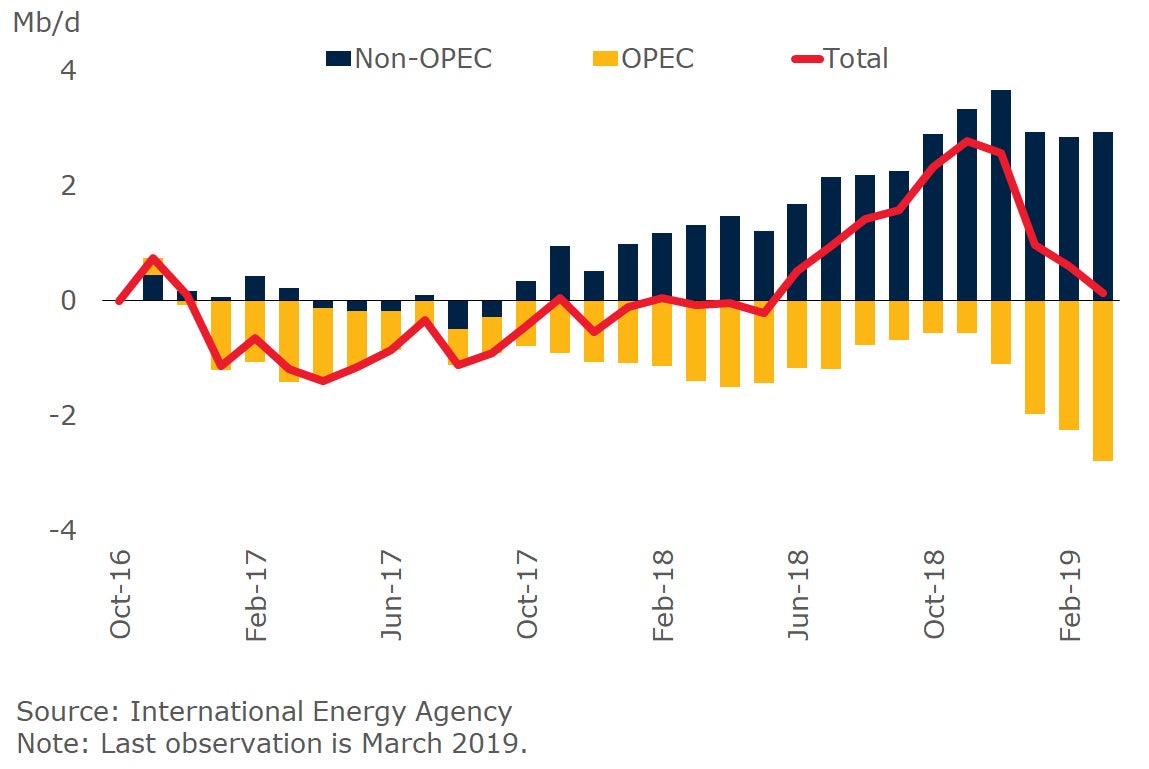 After plunging to a low of $52/bbl in mid-December, Brent crude oil prices have steadily increased this year, reaching $74/bbl in late April. Substantial production cuts by OPEC and its partners, together with supply disruptions elsewhere, have offset surging U.S. shale production—output in the U.S. rose more than 2 million barrels per day in 2018, the largest one-year increase ever recorded in any country.

Oil prices are expected to moderate somewhat from current levels and average $66/bbl in 2019, assuming that global demand remains robust, albeit weaker than last year, while U.S. production continues its rapid growth.

Risks to the oil price outlook are numerous, but broadly balanced and relate primarily to policy outcomes. The key risks are whether OPEC decides to extend production cuts at its June meeting; the impact of U.S. sanctions against Iran following the removal of waivers; and the impact of the International Maritime Organization’s rules curbing sulfur emissions due to take effect on January 1, 2020, which could substantially raise diesel fuel prices.

In contrast to oil, natural gas and coal prices have fallen sharply, particularly over the past 2 months. Mild weather and the restarting of nuclear power stations in Japan have resulted in weaker demand, while surging exports of liquefied natural gas from the United States, as well as Australia and Qatar, have increased the availability of natural gas for importers. 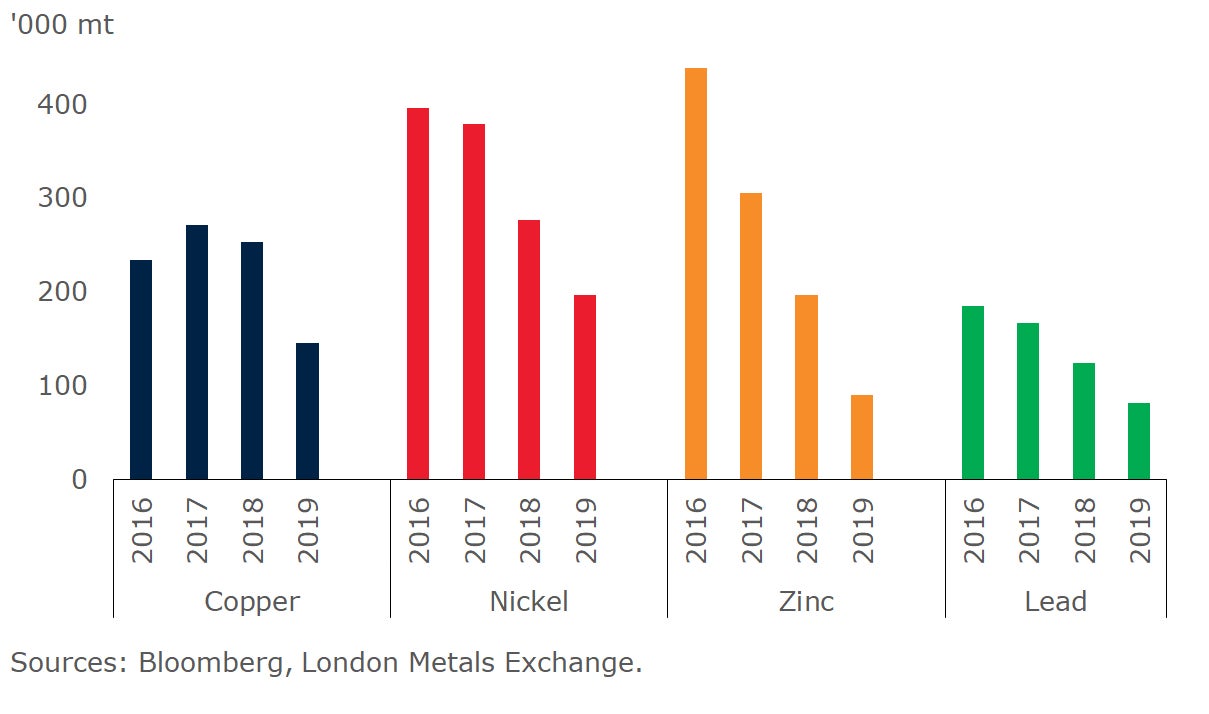 The World Bank’s Metals and Minerals Price Index increased 1.7 percent in the first quarter of 2019 (q/q).

This was a rebound from a decline in the fourth quarter of 2018 that followed an even steeper decline in the preceding quarter. The increase reflected supply concerns, progress in trade negotiations between the United States and China, and fiscal stimulus in China.

Metal prices are expected to continue their recovery during the remainder of 2019, and average just 2 percent lower compared to 2018. Supply concerns (especially in copper and zinc), disruptions (in iron ore production due to the tailings dam disaster in Brazil), and China’s fiscal stimulus are expected to provide support.

Agriculture: reversing some declines but lower this year, climbing in 2020
U.S. planting intentions 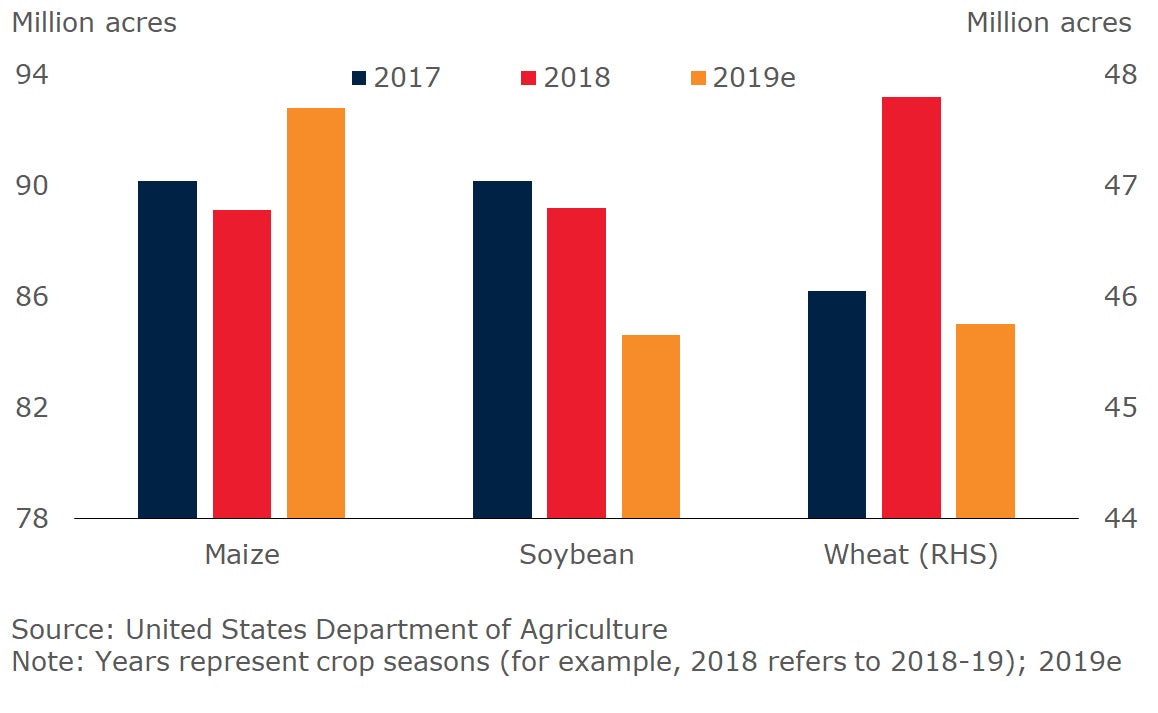 Most agricultural commodity prices rose moderately in the first quarter of 2019, following considerable declines during the second and third quarters of last year.

The World Bank’s Agriculture Price Index increased 1 percent in the quarter (q/q), as a 3 percent decline in beverages was balanced by moderate gains in all other categories. The index was still 6 percent lower than a year ago. Most of the factors that depressed prices last year have moderated. Trade tensions have eased and prospective plantings in the U.S. for next season’s crop are lower.

The index is expected to decline 3 percent in 2019 and increase 2 percent in 2020 due to lower production and higher fertilizer prices. 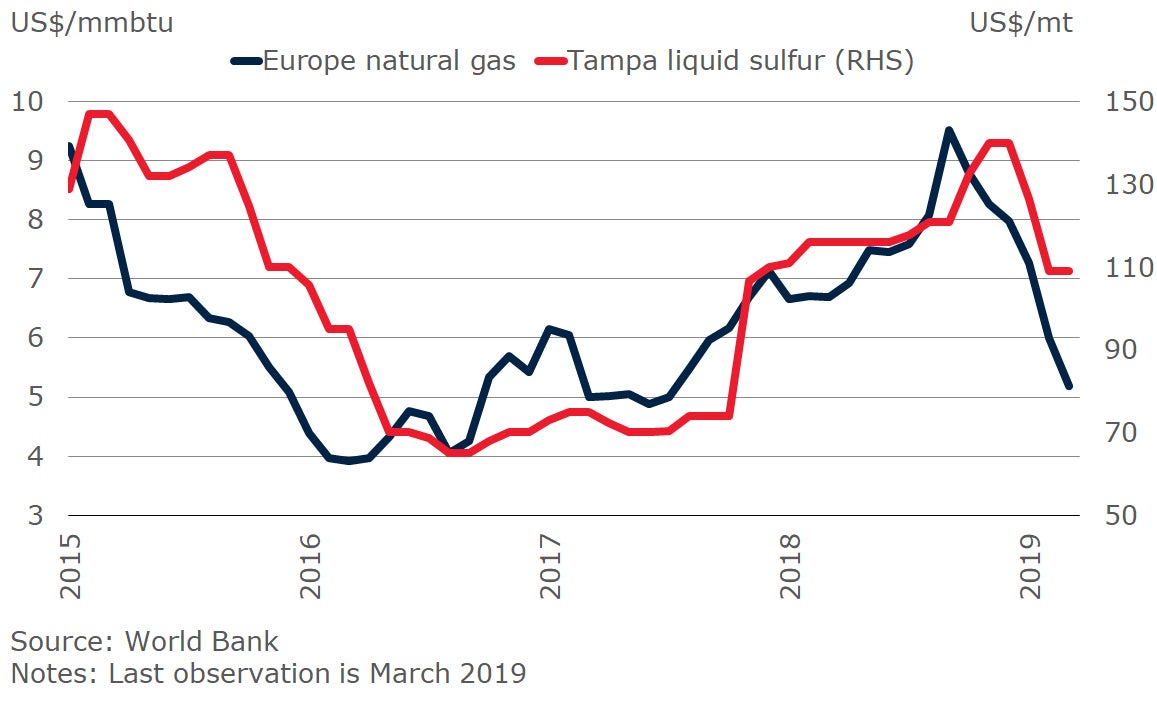 Fertilizer demand is expected to recover, and the price index is forecast to increase by 4.8 percent in 2019, led by potash. 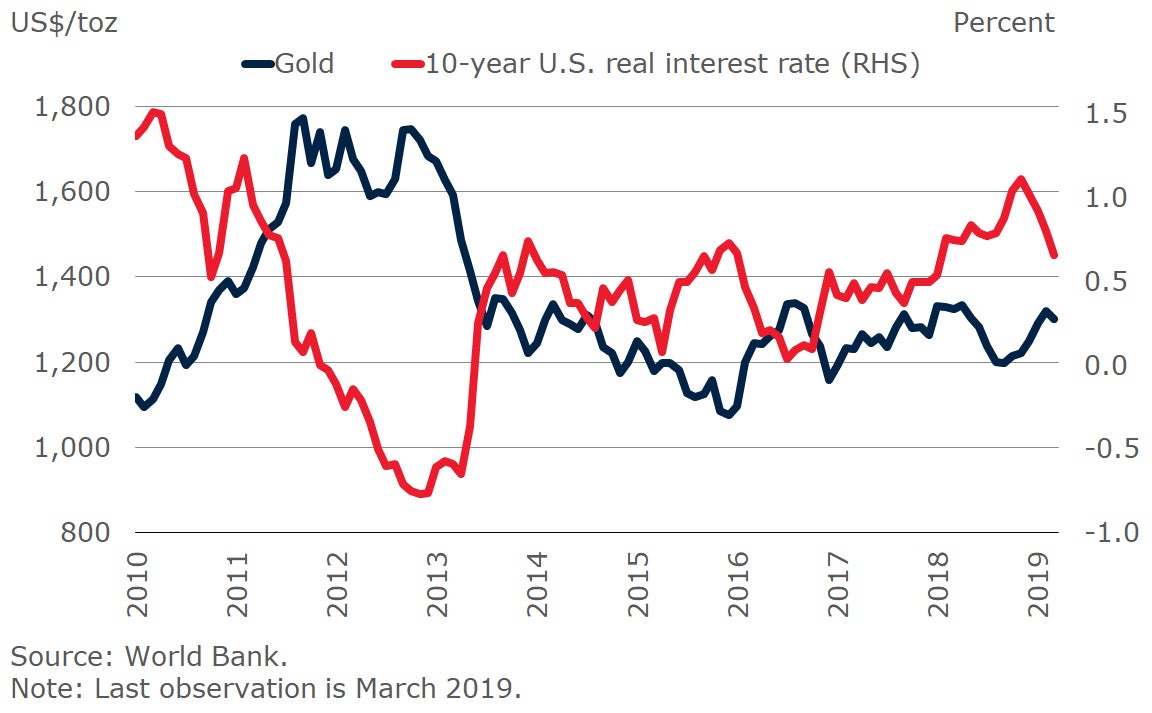 The World Bank’s precious metals index increased 6 percent in the first quarter of 2019 (q/q). A pause in interest rate hikes by the United States Federal Reserve and robust gold and silver physical demand contributed to the price rebound.

The index is forecast to continue its upward trend throughout 2019, led by gold, and is expected to average 2.6 percent higher than 2018.