Digitizing to succeed in MENA

The Middle East and North Africa region have some of the best educated, unemployed people in the world. High-skill university graduates currently make up almost 30 percent of the unemployed pool of labor in MENA, many of them women. In Tunisia, slightly more than half of the working age population is out of work, the vast majority being women. Part of the problem is that, despite some economic growth, not enough new jobs are being created.

The digital economy, particularly through platform firms, presents an opportunity to create the additional jobs needed. As elaborated by the 2019 World Development Report, The Changing Nature of Work, platforms enable people and firms to exploit underused physical and human capacity, transforming dead capital into active capital. For example, Careem, the #1 ride-hailing app in the Middle East and North Africa (MENA), provides a way for individuals to advertise their free time and spare vehicle capacity—be it a luxury vehicle, a moped, or a tuk-tuk—to generate income. Freelancing websites such as Upwork enable unemployed computer programmers and other highly skilled individuals to find online work with companies abroad. For most platforms workers set their own hours, which helps more women to work.

Platform firms are growing rapidly in many regions around the world, including in MENA. Jamalon, the online book retailer from Jordan, and Tutorama, based in Egypt, are two examples. Yet much more remains to be done to ensure the digital economy can reach its full potential.

Most discussions on how to prepare countries to succeed in the digital economy focus on investment in ICT infrastructure, which is essential. And those living in the MENA region are some of the most underserved. Governments also need to encourage digital businesses to form and thrive by creating the right business environment. Burdensome business regulations in MENA have led to smaller, less productive, and more likely informal firms. Creating a level-playing field for businesses must be a top priority.

Two additional components are essential if countries from MENA are to succeed.

First, policymakers need to think beyond traditional, firm-centric policy reform.  To foster a thriving digital economy, policies need to support individuals, too. Strong social protection can help people to adapt to the more flexible labor markets created by digital technology. Furthermore, between 40 and 70 percent of workers in MENA receive no social or legal protection in the so-called informal sector. Likewise, non-wage employment and self-employment, characteristic of the gig economy, also do not fall under the traditional social insurance schemes that dominate in the region. Flexibility raises concerns around income instability and protections connected with standard employer-employee relationships, such as pension plans, health insurance, and paid leave. Social safety nets are insufficiently developed in the region and institutions are still weak, despite important progress in some countries such as Egypt, Jordan, Morocco and Palestine.

The 2019 World Development Report discusses a universal package of programs that includes expanded non-contributory schemes, complemented by flexible retirement savings schemes that extend to all people irrespective of their form of work. This package would provide basic protection to everyone when faced with hardship and respond to changing labor markets.

Updating social protection will come at a cost, but it is a cost people are more likely to be willing to pay if they have faith in the institutions and systems being funded.

This brings us to the second component: governments need to better align domestic revenue mobilization strategies (the generation of public and private savings from domestic resources for productive investment) with the balance of risks in digitizing economies.

Corporate tax regimes could be updated to ensure governments capture a portion of digital profits. In the digital economy, physical presence is no longer a requirement to do business. Digital platforms often generate income from the capital of others. Identifying where value is created is not always straightforward, particularly when it comes to the collection and monetization of user data. And digital companies can locate assets (and subsequently profits) in just one country, even though they are supplying goods and services globally via the internet. As a result, little to no tax on the income generated goes to the government where consumers are located. Yet it is often the consumers who make the transaction possible, so economic logic suggests some portion of the tax should be paid in their jurisdiction. 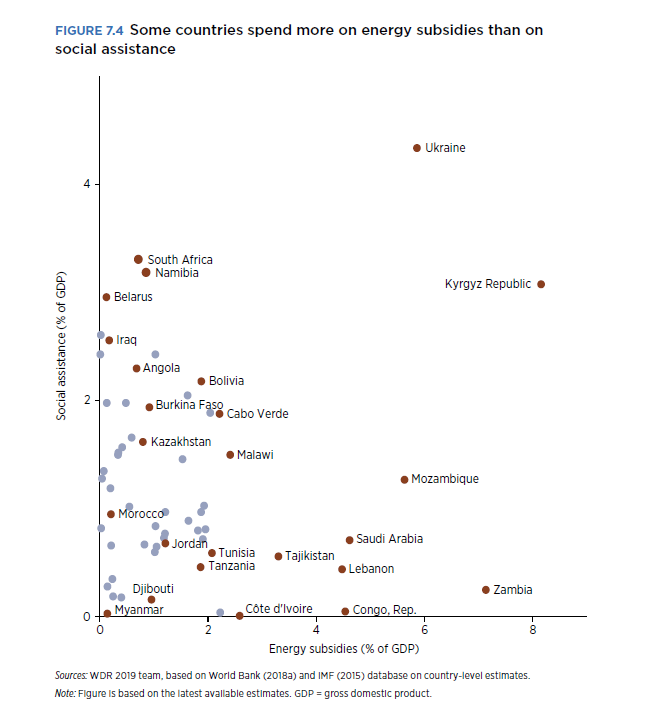 The political economy of tax reform is a challenge for all governments. But as part of a broader policy package that fosters digital business, extends social protection to all in society, and guards against risks, such reforms may just stand a chance.