The paradigm of community-driven development (CDD) aims to increase program impact by involving communities in the selection, design, and implementation of local development projects. However, its effectiveness can be undermined when local elites capture or otherwise exploit the paradigm’s prescribed participatory processes. In such cases, the type of projects implemented, as well as the benefits they provide, may end up serve the interests of elites, rather than the targeted communities. Large local landholders, for instance, may be more interested in funding irrigation projects than digging deep wells, building schools, or funding local clinics that benefit the community at large.

Where economic and political inequalities exist at the local level, CDD processes face a clear and present danger from elite capture. Program design – and, in particular, the details of how projects are selected by participating communities – can potentially serve a key role in mediating such pressures. One idea that has been proposed is to allow communities to select projects by direct democracy – that is, secret-ballot referenda. This approach places the project selection decision in the hands of communities and thereby limits the opportunity of elites to rig the process in their favor.

But does this approach work? Until recently, the only rigorous evidence available on the effectiveness of direct democracy in CDD programs came from a study conducted in Indonesia in 2005 by MIT professor Ben Olken. Olken’s findings, based on a randomized controlled trial (RCT), were relatively pessimistic. While the use of secret-ballot referenda improved community satisfaction with the program under study (the Kecamantan Development Program, then the largest CDD initiative in the world) compared to an alternative selection procedure based on representative-based meetings, direct democracy did not change the type of projects selected and apparently had no effect on elite capture.

End of story? Not quite.

A very similar question was examined in the course of the impact evaluation of Afghanistan’s National Solidarity Program (NSP), but with a few differences. First, direct democracy was compared not with representative-based meetings, but with a community meeting which mirrored the local jirgas long used to resolve public issues in Afghanistan. Also, while Olken’s study covered 49 villages, the Afghanistan sample encompassed 250 villages. Finally, the Afghanistan study drew on ex-ante measures of the project preferences of both elites and non-elites, collected in a baseline survey administered prior to the program. However, as with Olken’s study, the Afghanistan direct democracy study employed the RCT methodology and was expected to produce generally comparable results. 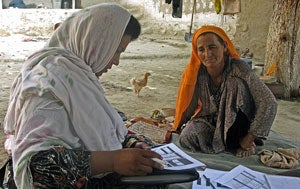 What did the Afghanistan direct democracy study find? As in Indonesia, the use of direct democracy in Afghanistan improved subjective outcomes, such as the satisfaction of villagers with their local leadership and their perception of the local economic situation. The study also found evidence, though, that direct democracy can in fact limit elite capture. In particular, while ex-ante male villagers’ preferences influenced which projects selected under both referenda and meetings, the preferences of male elites only had influence when projects were selected at a meeting. Accordingly, in this case at least, direct democracy limited local elites from imposing their desires on the selection process.

A natural reaction to the results is to ask whether elite influence may not sometimes be a good thing. Rather than having different interests, local leaders may prefer different projects simply because they know better which projects will work. In this case, the representative democracy of the community meetings might be preferable. Deeper investigation does not support this, however. Using household survey data collected more than a year after project selections, we can say that undue elite influence over project selection results in lower levels of satisfaction with local governance and worsened economic perceptions, regardless of how the projects were selected. As such, elite influence – which is limited by direct democracy - appears to work against in the welfare of villagers, at least in the near-term.

The finding that direct democracy can improve outcomes for villagers is especially interesting given the context for the study. While direct democracy is almost unheard of in rural Afghanistan, the alternative consultation meeting procedure approximated the method by which public decisions are traditionally made, whereby tribal elders convene an open discussion among villagers. Such procedures command great legitimacy in Afghan society owing to the fact that they have been used to make public decisions for hundreds of years and accord with practices prescribed by the Holy Qur’an. That these procedures proved susceptible to elite capture suggests that direct democracy can improve the equity of public goods provision even in societies that lack democratic traditions.

What, however, explains the difference with Olken’s results? There are two key contextual differences that are relevant. First, while Indonesian villages generally consist of several hamlets separated by up to two kilometers, villages in the Afghan sample comprised a single hamlet. As a result, project location is highly salient in Indonesian villages, but less important in Afghan villages, where project type is more likely to be the main source of contention. Secondly, Indonesian villages receive project funding periodically, which allows for ‘log-rolling’ so that each group gets its most preferred projects in turn. In contrast, the lack of a firm commitment of further funding in the Afghan case made the selection more of a one-shot event, with groups competing to ensure their preferred projects are selected.

Given the differences in context between the two studies, the results are in line with what we would have expected: limited effects of direct democracy on the type of projects selected in the Indonesia case, but more pronounced effects in the Afghan case. The differences in the results and their apparent origins in the differing programmatic and geographic contexts underscore the importance of replication in field experiments. On the basis of Olken’s findings, CDD programs might be unwilling to bear the cost and time involved in organizing secret-ballot referenda to select projects, given the limited effects in terms of reducing elite capture. The new findings from Afghanistan, however, make a strong case for the increased use of direct democracy.