Today, more than half of low-income countries eligible for relief under the Debt Service Suspension Initiative (DSSI) are either in debt distress or at high risk. Several emerging markets have either recently restructured (Argentina and Ecuador) or remain in default (Lebanon, Surinam, and Venezuela). In this context, we review some of the features of external sovereign debt restructurings. We show that default spells are lengthy and that the road to debt-crisis resolution is often littered with serial restructuring agreements.

During the global COVID-19 crisis, fiscal deficits have widened, and government debts have spiked in advanced and developing economies almost across the board. Moreover, those countries with the fewest resources at their disposal have fared the worst on many fronts, including the perception of sovereign risk. While 15 percent of the advanced economies have had their credit ratings cut since the start of 2020, the comparable share of downgrades for emerging markets and developing economies (EMDEs) is almost 40 percent (see also Andritzky and Schumacher, 2021).1 Concerns about the sustainability of sovereign debt in many EMDEs were already on the rise prior to the pandemic.

In this column, we review some of the features of past episodes of default and restructuring of sovereign external debts with a focus on the 1980s and the 1930s. These two memorable sovereign default waves are of interest, as they came on the heels of a deep, broad-based, and synchronous contraction in economic activity spanning scores of countries.

As in Reinhart and Rogoff (2009), the start of a “default spell” is marked by a credit event while its end is dated by the debt restructuring or other agreement that cures the default for at least 24 months (see Farah-Yacoub et.al., 2021).2 These “spell-ending” restructuring deals are also referred to as “decisive”, as in Reinhart and Trebesch (2016). Decisive debt restructurings are usually followed by renewed capital market access and improved macroeconomic performance, at least for a time.

Figure 1 presents the marginal and cumulative frequency distributions of the duration (in years) of 279 external default spells (excluding repudiation cases) in 113 countries over 1800-2020. The average default spell for the full sample lasted ten years, while the median is seven years. A significant share of the longest multi-decade episodes involved wars or internal civil conflict and predate the 21st century.3  As shown, since the end of World War II, default spells have become shorter, lasting on average 7.9 years, with a median duration of five  years.

Notwithstanding the post-WWII decline in duration, during the synchronous default crises of the 1930s and 1980s, the average default duration was 13.9 and 11 years, respectively. In the 1930s, about half of the default spells lasted more than a decade.  During the “lost decade” of the 1980s, over one third of all default spells lasted more than ten years and ¾ were five years or longer.

While serial default, a term coined by Reinhart, Rogoff and Savastano (2003), refers to countries with a track record of more than two default spells or episodes, interim serial restructuring, as noted, refers to restructuring within a default spell that do not bring the debt crisis to closure. Figure 2 shows the frequency distribution for two subperiods (1920-1969 and 1970-2020). On average, it took two restructurings before a sovereign default was settled “sustainably”. It bears mentioning that these data underestimate the number of debt restructuring deals. This is because we are not including restructurings that were intended to be temporary by design. The G20’s DSSI in response to the pandemic is a very special example of a temporary measures.4

On serial interim restructurings, Poland holds the record, as during its 1981-1994 debt crisis there were eight debt restructurings (seven of these interim). Democratic Republic of Congo, Jamaica, and Nigeria follow closely with seven restructurings each. The longer default spells of the 1930s and the 1980s, were particularly prone to serial restructuring, which is illustrated in Figure 3 for a subsample of the countries in our group.  Now, Chad is seeking its third restructuring since 2014, highlighting serial restructurings are not a relic of the past. 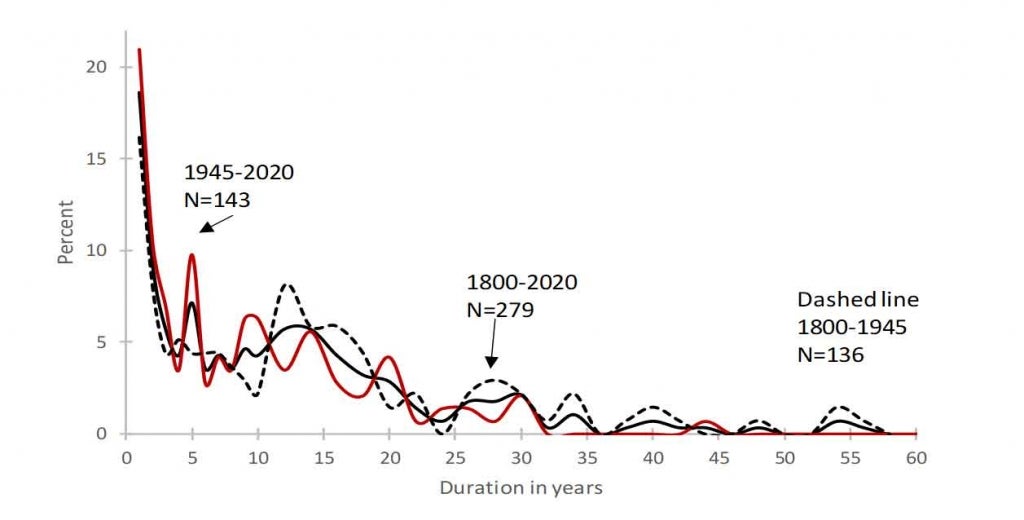 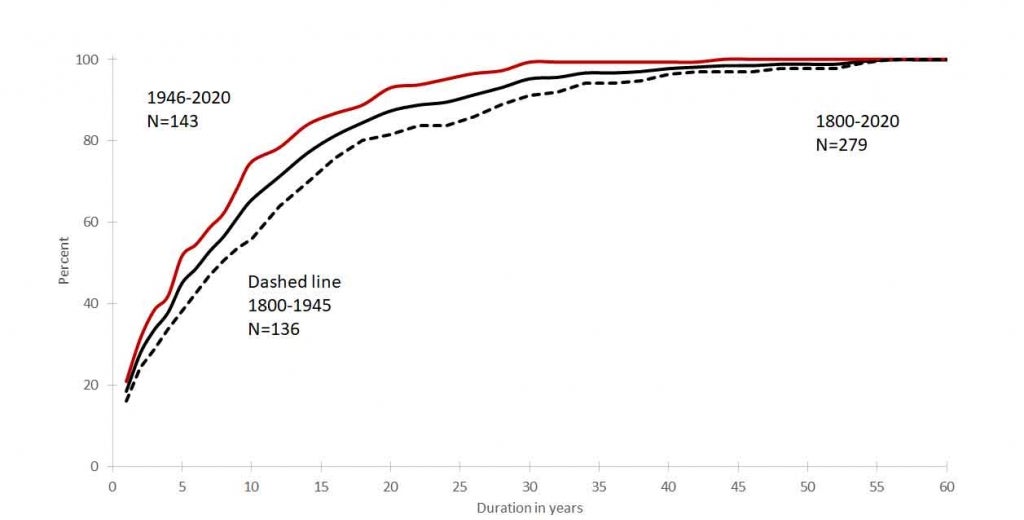 In this section, we present some of the arguments that have been offered to explain why debt crises often take so long to resolve. The first explanation has been around since time immemorial: Creditors—governments, commercial banks, and bondholders alike, have usually been reluctant to offer significant debt relief quickly. No one likes losses. Beyond this, Table 1 sketches other reasons. While the explanations vary, the common outcome (for whatever reason) is that the initial restructuring terms (haircut) fall short of what is necessary to achieve debt sustainability. The 1985 Baker Plan is an example. The scheme relied on cash flow relief and avoided face-value haircuts; an approach that proved insufficient to end the 1980s crisis. There are comparable examples in the 1920s and 1930s. This is in line with the literature that finds that more extensive initial restructurings reduce the probability of additional restructurings (e.g. Reinhart and Trebesch 2016, Ghosal and Miller, 2017).

What’s next for debt restructuring

During the period of high commodity prices and solid growth that lasted until around 2014, many EMDEs accumulated significant “hidden debts” to non-Paris Club creditors, importantly including China (Horn et al. 2019). A substantial share of these debts went unrecorded in major databases and was not on the radar screen of credit rating agencies. External borrowing by state-owned enterprises, which have much more uneven reporting standards also escalated.

Several low-income countries began to issue Eurobonds, as investors underpriced risk in countries with opaque debt structures, contributing to the debt buildup.  Domestic debt (which was a minor issue in the 1980s debt crisis) has grown steadily and data availability is sketchy. The upshot of these developments is that many of developing countries that may need their debts restructured now face a more complex and varied group of creditors than the Paris Club and commercial banks of the 1980s.  This is bound to complicate a coordinated response.

Transparency cannot overcome many of the challenges summarized here but it can go a long way to increase trust among creditor groups, which at present is rather low. The Common Framework (CF), endorsed by the G20 late last year to address unsustainable debt, seeks comparable treatment from all official bilateral creditors, both Paris Club and non-Paris Club, and private creditors. Without transparency and disclosure, individual creditors may be unwilling to take that first step toward debt restructuring and protracted default spells punctuated by unsuccessful restructuring negotiations may once again become the norm.

This article was first published on VoxEU:
https://voxeu.org/article/external-sovereign-debt-restructurings-delay-and-replay

1 The number of advanced and EMDE rated sovereigns is 39 and 108, respectively.
2 Any violation of the original debt contract (suspension or partial payments) or changes the terms of the debt contract that are less favorable to the creditor (maturity extension, interest rate reduction, nominal face value reduction) is considered a credit event. As far as credit ratings are concerned credit events are defaults.
3 Bulgaria’s 56-year spell (1932-1987) stretched through the post-WWII Soviet era.
4 For a discussion of some of these temporary deals see Cruces and Trebesch (2013).