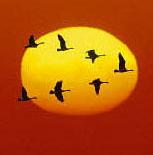 The potential for expanding the industrial sectors of African countries is substantial – this was a message I delivered on a recent trip to Italy, Tanzania, Mozambique and Malawi. This can happen through an improved understanding of the mechanics of economic transformation as well as by focusing on how such countries can follow their comparative advantage in natural resources and labor supply.

During my site visits and meetings with the private sector for the African segments of my trip, I became more convinced than ever of the strong untapped potential for private sector-led industrialization. Yet that can only happen when the government plays a facilitating role, such as by overcoming information asymmetries, coordination failures and externalities associated with first-mover actions. In Tanzania, initial experiments with industrial parks look promising, as do agricultural development projects and rural transport initiatives currently under way. In the case of industrial parks, it’s important to have a one-stop shop for registration and other administrative obligations, adequate electricity and water supply, and good transport/logistics links.

In Mozambique, I delivered the UNU-WIDER annual lecture in Maputo and explained how the winning formula for developing countries is to exploit the latecomer advantage by building up industries that are growing dynamically in more advanced countries for decades with endowment structures similar to theirs. 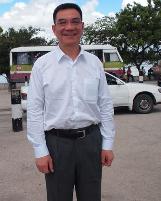 The dynamic of flying geese/leading dragons is a useful metaphor to explain my vision. Developing countries would do well to exploit the latecomer advantage by building up industries that are growing dynamically in more advanced countries with endowment structures similar to theirs. By following carefully selected lead countries, latecomers can emulate the leader-follower, flying-geese pattern that has served all successfully catching-up economies well since the 18th century. The emergence of large BRICs as new growth poles that have performed dynamically and climbed the industrial ladder offer an unprecedented opportunity to all developing economies with income levels currently below theirs—including those in Sub-Saharan Africa. China, having been a ‘follower goose,’ is on the verge of graduating from low-skilled manufacturing jobs and becoming a ‘leading dragon’. This will free up 85 million labor-intensive manufacturing jobs, compared to Japan’s 9.7 million in the 1960’s and Korea’s 2.3 million in the 1980s.

China’s shedding of manufacturing jobs alone will be enough to more than double manufacturing employment in low income countries. A similar trend is also emerging in other middle-income growth poles. The less advanced countries that can design and implement viable strategies to capture this new industrialization opportunity will engage in a dynamic path of structural change that help reduce poverty, generate jobs and promote prosperity. For Africa, whose total employment in manufacturing is estimated to be less than 20 million, China’s graduation provides a once-in-a-generation opportunity to attract light manufacturing jobs and jumpstart industrialization, which is a prerequisite for sustained, inclusive growth and stable societies.

Very interesting and informative piece on a practical concept that African countries can adopt and run with. Might I ask if there has been any targeted analytical work done by the Bank or others that can inform potential African candidate countries about the sort of policies and mechanisms they have to put in place to take advantage of this once in a generation opportunity to replace these kinds of jobs that China will be shedding? If this type of targeted and prescriptive analytical work exists, I hope these likely countries are aware of them and can move fast.As I think of this, based on my own experiences and personal knowledge, most of these jobs may be taken up by other countries in regions other Africa that are better positioned and more ready. There are certain minimum pre-requisites even for the type of labor intensive jobs that China will be shedding. In many countries in Africa, the quality of expertise and the skills level in the potential work force, the available infrastructure (power, water and transport)to help produce the goods and to get them to market are all too low. Rapid investments in vocational training and infrastructure should already be going on in these potential countries if these kinds of jobs are to come to Africa. But I hear you and I do hope that Africa listens to your call. The continent cannot afford to lose this opportunity. Thanks for sharing.