This blog is the fourth in a series of nine blogs on commodity market developments, elaborating on themes discussed in the latest edition of the World Bank’s Commodity Markets Outlook.
Food commodity prices stabilized in the first quarter of 2019, following declines in 2018. The World Bank’s Food Commodity Price is projected to decline 3 percent in 2019 and gain 2 percent in 2020, according to the latest Commodity Markets Outlook. Although food commodity markets are well-supplied, trade tensions, higher energy prices, and an African Swine Fever outbreak pose significant risks to market stability.

Total supplies (beginning stocks plus production) of all key grains, including wheat, rice, and soybeans, are projected to growth 1.8 percent next (2019-20) season, according the U. S. Department of Agriculture’s latest assessment; that marks the fifth consecutive season of positive growth. All key edible oils are also expected to grow next season as well, for the fourth year in a row. 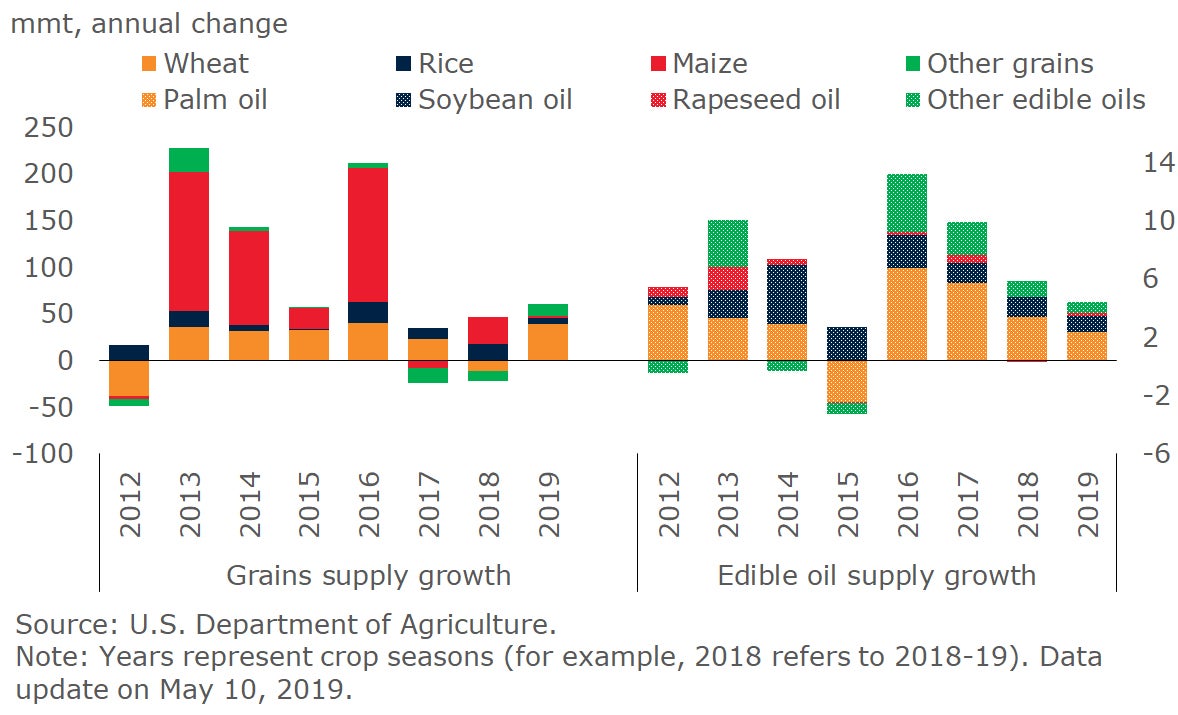 Risks to the outlook 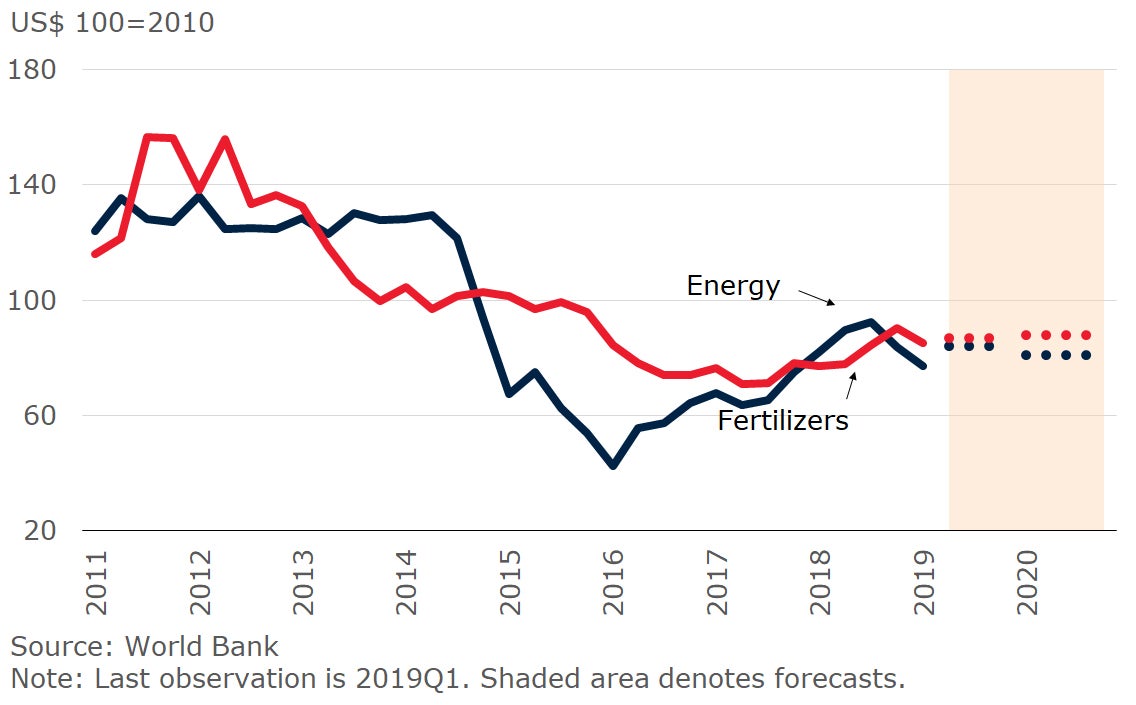 Trade tensions also threaten food price stability. Soybean price declined considerably following the imposition of a 25 percent tariff in July by China on soybean imports from the United States. (The market was also under pressure from a larger-than-expected soybean crop and news of a Swine Fever outbreak in Africa, discussed below.) However, the medium-term impact of tariffs was marginal because of trade diversion (i.e., Chinese importers turned to Brazil for supplies) and substitution of soybean meal by maize and soybean oil by palm oil. Nevertheless, escalation of existing trade frictions among other countries or involving other commodities could further depress food commodity prices.

A third risk emanates from further weakening in demand due to the recent outbreak of the African Swine Fever (ASF), first detected in China on August 3. Since then, it has been detected in Mongolia (January 15), Vietnam (February 19), and Cambodia (April 2). In an effort to halt the spread of the disease, pigs are slaughtered. The U.N. Food and Agriculture Organization, which monitors the disease and provides weekly updates, reported that, as of mid-April, more than one million pigs have been slaughtered in China, 90,000 in Vietnam, 3,000 in Mongolia, and 2,400 in Cambodia. The impact of ASF on feed stock comodities, especially soybean and maize, may be large and prolonged.