Games are fun. We play them for hours on end, of our own free will, without pay, in return for a feeling of accomplishment or virtual badges or points or just the promise of seeing all the cards bounce across the screen at the end of Windows Solitaire. 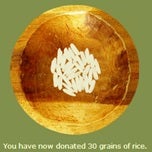 But could they be? Could games somehow help us in our quest to end poverty? Consider Freerice, a simple online vocabulary game for which donors have offered to contribute rice to the World Food Program for every word a player gets right. The game makes donating more fun and more interactive, and since 2007, players have won enough to feed 5 million people.

Similarly, for the UNICEF TAP project, sponsors have pledged to contribute funding for clean water for every minute a player can go without touching his smartphone. Through a game that literally requires them to do nothing, people have provided clean water for 20 million children. 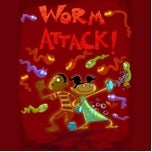 The World Bank Institute’s EVOKE was a ten-week series of online quests in graphic novel form. The series brought together young people from South Africa and around the world to brainstorm solutions to social problems. During the initial run in 2010, the site drew 100,000 visitors under the age of 24.

Why might games work? One reason, of course, is that they’re fun. They offer us a story, a challenge, a sense of accomplishment. “Gamification” is an approach that takes these elements of what makes games engaging and applies them to non-game situations. People are naturally social, and games provide a way to interact with and compare ourselves to others. It’s no coincidence that Freerice and the TAP Project feature prominent leader boards (top clean water city: Seoul), or that the 142 players who finished all 10 EVOKE quests earned “World Bank Institute Social Innovator” status and were featured on the website as Certified EVOKE Social Innovators. Social recognition enlists effort.

A panel from the opening quest of EVOKE

The World Development Report 2015 addresses the powerful ways in which social rewards such as status and prestige can shape behavior. As a real world example, a public health field experiment in Zambia found that hairdressers sold twice as many female condoms to clients when for each sale they earned a star to put in the window than when they received a 10%, or even a 90% commission. Social recognition also helps explain why people contribute to sites like Wikipedia. In one study, contributors randomly given a publicly displayed editing reward became 60% more productive than a group not given the award. Afterwards, they were six times more likely to be given additional awards by the editing community.

People inherently like to help others, and people also inherently like to win. While games are certainly not a stand-alone solution to problems in development, which are serious, complicated, and difficult, the concept of gamification may offer one small way to take advantage of a richer understanding of how people think and act to improve development efforts.