Getting by with a little help from my friends: the social lives of married women in rural India

The Beatles had it right—peer effects have been documented in the context of what we study, how hard we work in class, what seeds we plant and fertilizer we use, which jobs we apply to, and even very personal decisions like whether we smoke, whom we marry, and whether we have children. In other words, we know that friends matter for a wide range of outcomes. 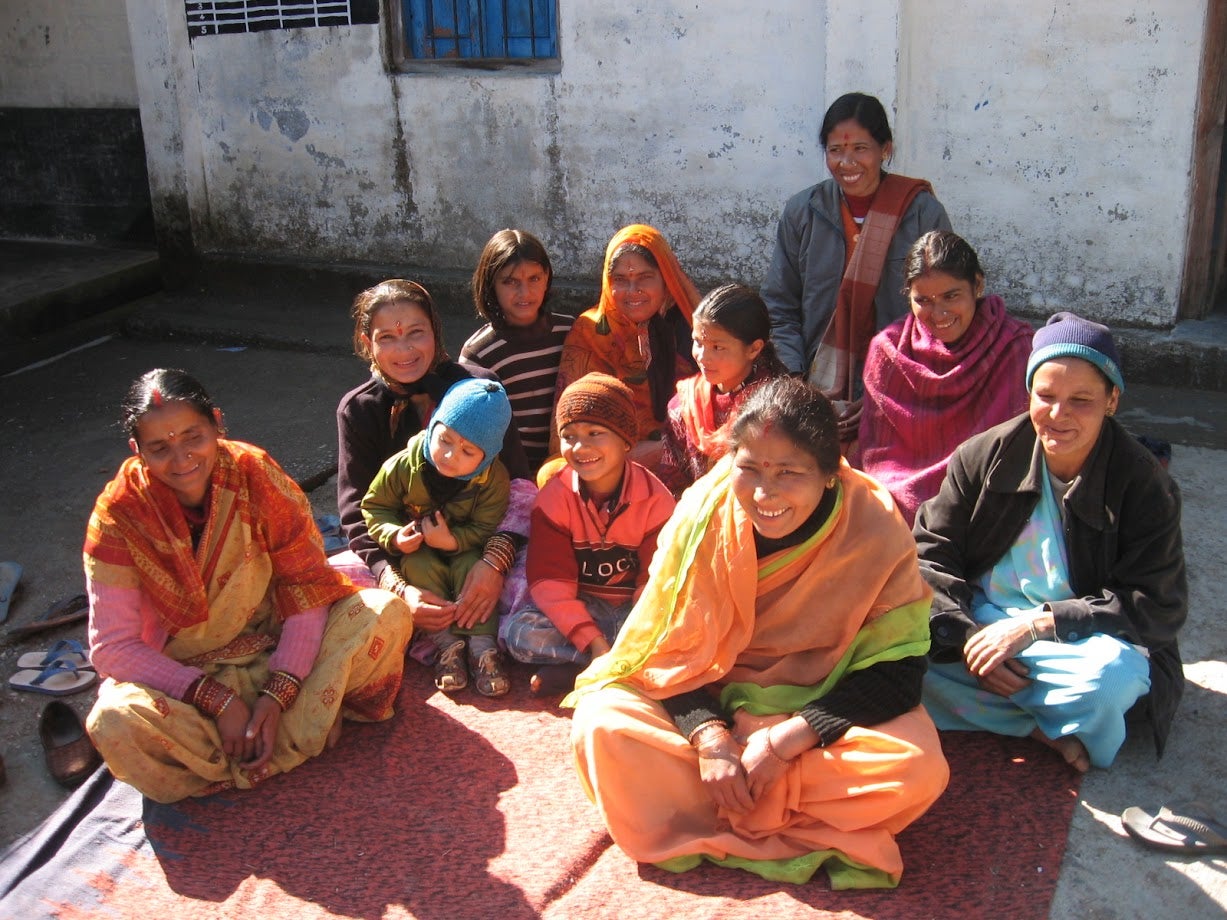 But we know very little about the social networks of married women in patriarchal societies. For example, we don’t know how many friends married women in these societies have or how diverse their networks are, nor do we do know whether the size or composition of these social networks affect how decisions are made inside the household—important decisions like whether a woman gets to go out without permission or work off the family farm or what her children eat. And yet, many development interventions are targeted to women without considering how networks might bolster or undermine the effects of such interventions. In a new paper forthcoming in the Journal of Development Economics, Kathy Baylis and I study peer effects in intrahousehold decision-making in rural India. We collected primary data on women's social networks in the state of Uttarakhand to examine how friends influence behavior inside the household. We found that networks are small and lack diversity: the modal woman in our sample has only three friends and 80 percent don’t have friends of another caste. In contrast, the average American woman has eight friends.

Uttarakhand is in the Indian Himalayas and is dotted with small, scattered villages, many lacking access to roads and schools. Caste hierarchy is strictly maintained in these villages and most social interactions are limited to members of the same caste. Women in particular have few interactions beyond immediate family and often spend more than half the day collecting firewood and water. Perhaps unsurprisingly, 47 percent of married women reported not having the final say on visits to friends and family. 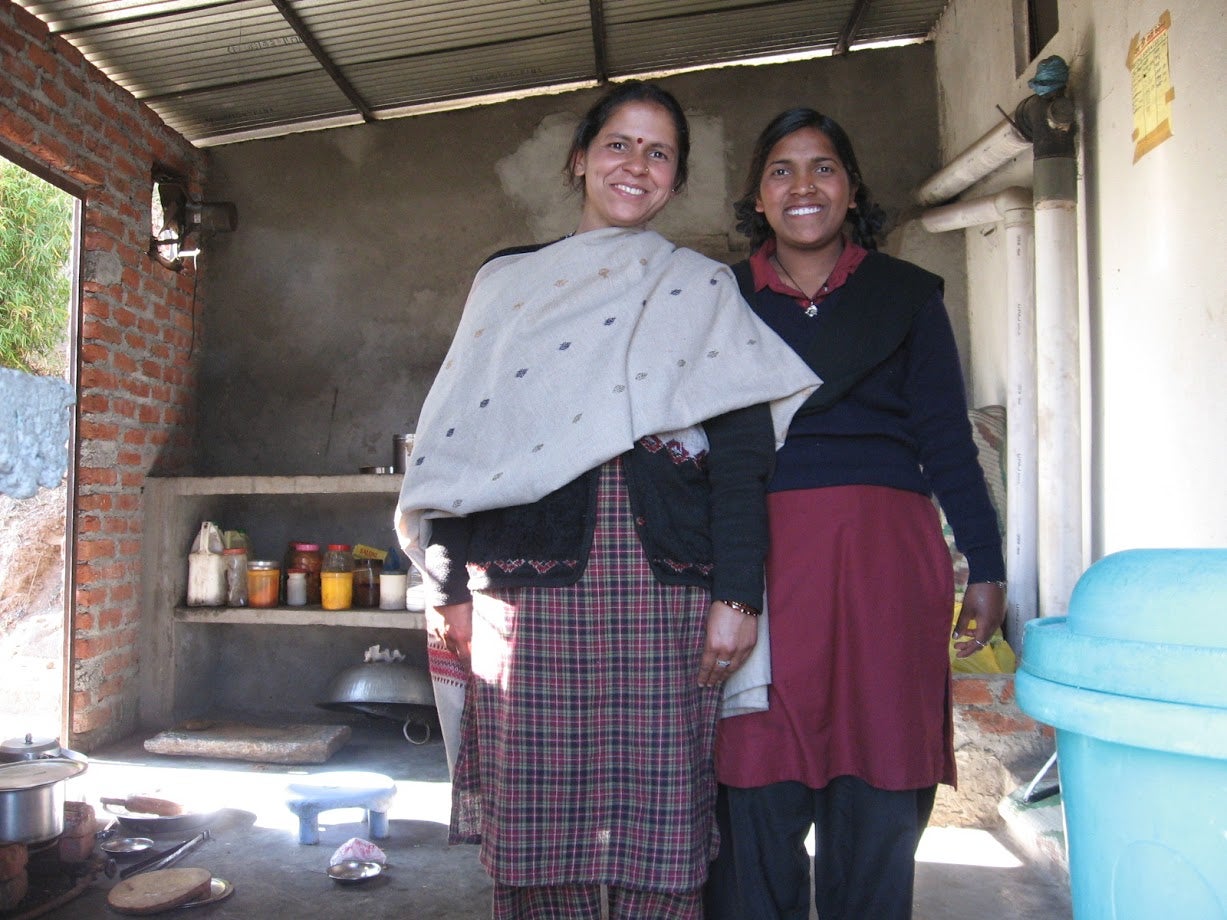 In contexts with constrictive social norms, support groups can help women break out of the narrow spheres of family and housework. Mahila Samakhya is a women's empowerment program centered around weekly meetings of women's support groups. Martha Nussbaum, in her seminal book, Women and Human Development, describes the program as attempting to “reconstruct the family by altering social norms and perceptions” and that by creating women's support groups, the program “transforms the family profoundly, making it no longer the sole source of personal affiliation.” In Nussbaum's words, these tightly-knit support groups are “communities of equality and agency, rather than hierarchical communities that define women as in crucial ways passive before their destiny.”

In our paper, we use the data we collected on women’s social networks to examine the impact of having a friend who participated in Mahila Samakhya on a woman who did not. In other words, we treat a friend’s participation in Mahila Samakhya as a positive empowerment shock to a non-participant woman’s social network. Our hypothesis is that a non-participant whose household outcomes resemble those of her Mahila Samakhya participant friends is indicative of the presence of peer effects in intrahousehold bargaining. Since castes limit women’s social networks in Uttarakhand, we identify peer effects through a difference-in-differences strategy that exploits the fact that a woman needs to be of a certain age to participate in Mahila Samakhya. In essence, we compare a woman in a program village in which there are many other women of the same caste who are old enough to participate in Mahila Samakhya with another woman in a program village that has few other age-eligible women of her caste, to that same difference in women in non-program villages. We examine several woman-level outcomes— ability to leave the house without permission, access to social safety nets, employment outside the household, and social norms on perceived gender roles; and two outcomes for children— food consumption and time use.

Our results show significant peer effects on only one woman-level outcome: working off the family farm. In particular, the norms around perceived gender roles do not appear to change in response to one’s social network, highlighting the stickiness of norms. In contrast, peer effects exist on all considered outcomes of children’s diet and time spent on chores. We find that women with more empowered friends invest more equally in their daughters and sons. This is consistent with the literature showing that more empowered women invest more equally in their sons and daughters than do less empowered women. These findings suggest the presence of peer effects in decision-making within the household, particularly with respect to investments in children.

Our findings have several implications for policy. First, we estimate a large decay rate, of over 90 percent, between effects on own empowerment and peer effects. When targeting an intervention, it is important to ask whether the intervention is likely to generate second-order spillover effects with substantial decay rates. Second, our findings highlight the limitations of peer effects: investments in children may be more malleable to peer effects than women’s autonomy or perceptions around gender roles. Interventions targeting child welfare through women's empowerment may generate spillovers but those on gender roles and women's autonomy may be limited by the stickiness of social norms. Women we need to be mindful of one another. Wonderful article