How to Seize the 85 million Jobs Bonanza 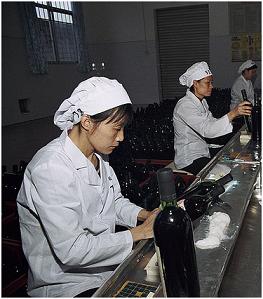 Remember the famous joke about an economist who believes so much in rational expectation theory that he would not pick up a $100 dollar bill off the sidewalk under the pretense that if it were actually there someone would have already picked it up? A similar excuse may be invoked to justify why low-income countries that are currently facing high underemployment are not organizing themselves to seize the extraordinary bonanza of the 85 million manufacturing jobs that China will have to shed in the coming years because of fast rising wages for unskilled workers.

Economic development is a process of continuous industrial and technological upgrading in which each country, regardless of its level of development, can succeed if it develops industries that are consistent with its comparative advantage, determined by its endowment structure. As I explained in an earlier blog post for China to maintain GDP growth of nearly 10 percent a year in the coming decades, it must keep moving up the value chain and relocate many of its existing labor-intensive manufacturing industries to countries where wage differentials are large enough to ensure competitiveness in global production networks.

The question is why the parties that would benefit enormously from these potential deal—Chinese firms and lower-income country governments—are not yet organizing themselves to seize that unprecedented win-win opportunity for fostering global prosperity. From my frequent interactions with policymakers in Africa, Asia, and elsewhere where wages are still relatively low, I know that they would all be interested in building such partnerships. I have also had extensive discussions with Chinese business leaders and local government officials about the challenges they are facing, most notably the rapid rising wages and the exchange rate appreciation. They too expressed clear interest in finding places where they could relocate production and remain competitive. What then prevents these lucrative and mutually profitable deals from happening? Why are so few business leaders and policymakers seizing the opportunities of these 85 million jobs if they are truly available in the coming years? Why are people ignoring the huge pile of so many $100 bills on the sidewalks?

To be fair, some deals are taking place here and there, with individual foreign firms linking up with African entrepreneurs to develop various labor-intensive manufacturing industries. But the scale and size of these initiatives remain relatively small. Moreover, the main motivation of Chinese, Indian and other foreign businessmen involved in these early ventures is typically to exploit the large price premium for their products in these markets. And because these new locations are not yet true exporting bases, only a limited number of manufacturing jobs are actually being relocated or created. It is not that the Chinese industrialists are ignoring the $100 bills on the sidewalks: many of them are simply hesitant to relocate abroad, especially to Africa. They usually raise four issues: (i) social and political instability; (ii) differences in culture and labor laws; (iii) poor logistics; and (iv), the lack of adequate infrastructure and business conditions. These concerns add to the risks of their investments, increase the transaction costs of their operations, and outweigh the potential benefits of low labor costs in Africa and other low-income countries.

How to deal with such problems? The first two issues could be mitigated through the commitment and support of recipient governments; the latter two could be addressed effectively through the development of cluster-based industrial zones.  To be competitive in a global production network, firms should choose industries that are consistent with a country’s comparative advantage so as to reduce the factor costs of production. Furthermore, it is necessary to reduce transaction related costs, such as good access to large input suppliers, logistics, equipment maintenance, marketing, and transportation. Cluster-based industrial zones largely explain the success of garment, furniture, footwear, consumer electronics, motorcycle and many other labor-intensive manufacturing industries in China and other dynamic growing East Asian economies.

While it may seem counter-intuitive for firms that compete intensely among themselves to willingly locate their operations in the same place, there is a strong economic rationale for it. Paul Krugman and other proponents of the new trade theory and the new economic geography have shown that there is a self-reinforcing character to spatial concentration. Business concentration takes place and is sustained because of some form of agglomeration economies in which spatial concentration itself creates a favorable economic environment that supports further or continued concentration. In such situations, firms benefit from knowledge spillovers, a market for specialized skills, and backward and forward linkages (good access to large input suppliers, logistics, privileged network with customers, etc.). These agglomeration benefits reduce the individual firm’s transaction costs, and increase the competitiveness of a nation’s industry, compared with the same industry in other countries at a similar level of development as argued by Michael Porter.

It could pay off handsomely for policymakers in Africa and other low-income countries to carefully identify sectors that are consistent with the comparative advantages of their countries, demonstrating commitment and proactively adopting a cluster-based industrial zone approach to attract the relocation of large number of Chinese firms in the identified clusters in China to their countries. In other words, many low-income countries’ policymakers could pick up a substantial number of the many $100 bills on the sidewalk, and attract some of these 85 million Chinese manufacturing jobs that their countries’ desperately needs. The quicker they adopt this approach, the sooner will their countries grow dynamically like the East Asian economies. Thank you for your blog piece.

Which countries do you think have the most potential to pick up these "$100 bills on the sidewalk"?

Thanks for the question.

The total manufacturing sector employment currently in Africa, both north and south of Sahara, is about 10 million and in low-income countries as a whole is less than 10 million. So the 85 million jobs from China will be sufficient to double, triple or even quadruple the manufacturing sector employment in all the low-income countries in the world in the coming decade as long as they can follow the policy recommendations as suggested in my blog.

I spent 6 weeks in Mali this summer and had some similar questions. I think one part of the problem you are not including is agriculture. Does Africa have enough agricultural productivity to support 85 million new urban workers. Right now at least, food prices seem pretty high and are rising. This means that wages have to be high enough to support the drop in production incured from losing a family member in a labour intensive production scheme. Nevertheless, all the unemployed urban youth do lead me to think that there is some slack. This is an interesting blog post.

The labor-intensive industries,as far as i see, are moving off the coast and settling in inland provinces of China,as they can find cheaper labor forces there. Will you call it a trend that those 85 mills jobs will be picked up first by less developed regions of China which have the same cultural and law framework as those of the coastal provinces,rather than be transferred to African or SE Asia?