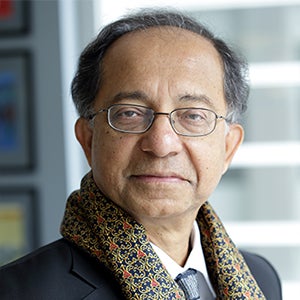 The World Bank Group has set itself the target of bringing down the number of people living in extreme poverty to less than 3 percent of the world population by 2030. And over the coming days, the international community will also mobilize behind this target, as we all adopt the first Sustainable Development Goals at the UN General Assembly.

In a few weeks’ time, the World Bank will announce an updated global poverty line to track progress on this goal, one that reflects the changing costs of living, allows us to map more accurately the distribution of extremely poor people around the world, and ultimately make sure that we reach them with health, education, water, sanitation, and other key services that will change their lives vastly for the better.

How do we do this?

First, it is worth noting that most countries have their own poverty lines, which take account of their own special needs, contexts and even normative standards. Rich countries, for instance, typically set higher poverty lines than low or middle income countries. It is only to be expected that countries will use their own lines for a lot of their policy decisions.

However, when we want to identify the poorest people in the world in terms of some absolute standard, and regardless of where they live, we need to use a ‘global’ poverty line. So the first question that we have to confront is what should that be?

In 1990, a group of researchers at the World Bank proposed to define the world’s poor using the standards of the poorest countries in the World. They took the national poverty lines of a group of the poorest countries at that time, converted them to US dollars using purchasing power parity (PPP; more on this below), took the average, and obtained a poverty line that was about $1 per day per person.

Was this the right method to use? This has been a hotly debated question and the gist of the problem is the following. Suppose that, because of domestic politics, the poverty line in Ethiopia (one of the 15 poorest countries) is raised. The 2005 method would entail raising the world poverty line, with the implication that the number of people deemed to be poor in Kenya (not one of the poorest 15 countries) would rise. Many would question the validity of such an exercise.

Fortunately, this debate does not need to hold us back at this time. Given that the World Bank committed in 2013 to the goal of bringing extreme, chronic poverty to an end by 2030, what is important now is to make sure that the yardstick for measuring poverty is not changed.

For this reason when the new PPP indices were collected in 2011 (and became available in 2014), our decision was to adjust the poverty line of 1.25 dollars set in 2005 only to correct for the fact that prices had risen since then and $1.25 in 2011 would no longer buy what it bought in 2005. Hence, the method we used was to take the average inflation in the poorest nations of the world and raise the nominal poverty line in order to hold it constant in real terms.  The updated poverty line that will be announced soon will reflect this.

What does this mean for regions and countries?

The global poverty line is used primarily to track global extreme poverty, and to measure progress on global goals set by the World Bank, the United Nations, and other development partners. The importance of this seemingly mundane exercise cannot be overemphasized. Now with the SDGs adopting the 1.25 dollars-in-2005 poverty line, how we adjust this line up or down will have a large influence on policy, global aid flows and, ultimately, human well-being.

Other dimensions of poverty

Important though this exercise is, its focus is still rather narrow, rooted in a simple money metric. Poverty has many other dimensions, which do not always correlate well with poverty measured by counting those below the poverty line, no matter how carefully this line is drawn. However, the profusion of non-monetary indicators—on education, health, sanitation, water, electricity, and in today’s modern world, even connectivity—raises questions regarding which ones to use and how. Should we add up the many indicators or display them in separate columns? And if we do want to add them up, how should we weight them? And so on.

These questions cannot be answered in haste. With the SDGs coming on board, such questions will live with us for a while. For this reason, in June this year I set up a Commission on Global Poverty, which brings together some of the finest economists in the field, and is chaired by Sir Tony Atkinson, a leading international authority on poverty and inequality. It will recommend to the World Bank Group how we should make adjustments each time a new set of PPPs become available and also reflect on the many dimensions of poverty and their adding up problem.
​
The world today is far too prosperous a place to tolerate poverty and inequality so brazenly on the scale we see all around us.
Topics
Poverty

As more countries transcend into high trajectory of economic growth, people living in these countries will undergo fundamental changes in their tastes of consumption items and pattern. Adjusting the minimum food basket to changing tastes pose formidable challenge to setting and adjusting poverty lines.

It is really a brilliant understanding and analysis of poverty. Many things are available in all areas but not in the desired level ex. rural schools, Health centers , water facility and many more. as this writeup pointed out the non-monetary indications need highest order of attention, investments and monetoring. a large role is in public -private participation.

Let us also discuss how we can capture resilience or vulnerability to poverty.

A timely reminder for the planners to look into the performance of other dimensions of poverty too. Working in the conflict affected countries, I completely agree that accountable governance mechanisms & institutions need to ensure that necessary human capital is created through significant investments in basic services especially education & health to put the countries in the global growth trajectory.

This is quite an instructive piece and will go a long way to give direction to various countries (especially LICs and MICs) as the world commences the implementation of the SDGs from 2016.
Clarity in assessing poverty will go a long way in attracting needed attention in addressing inequality occasioned by poverty across the world.

In measuring poverty, it's necessary to measure: maternal deaths during childbirth, infectious diseases, Hunger especially the increase in food prices, teenage pregnancy,homelessness, Gender based violence, access to potable water and other utilities.

Last couple of weeks I am reading articles on SDG in the daily newspaper. My observation is SDG is a theme to success MDG. As a development worker, I feel, SDG can maintain poverty through different activities, such as: education, reducing vulnerability, and building solidarity for awareness on disadvantaged issues. I think economic growth and level of education can make the environment and circumstances sustainable and change the scenario increasing growth. Accessibility, availability, and supportive assurance, of course, will change the society.