Myth or fact? New WDR examines the potential of digital technologies for development 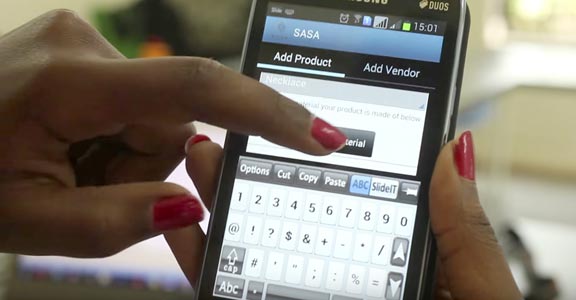 Pop quiz: Which of these statements do you agree with?

If you agreed with any of the above, you’re in for a few surprises. The World Development Report on the role of the Internet for development is fresh-off-the-presses. Titled “Digital Dividends,” it busts many myths about technology, development, and entrepreneurship:

Myth 1: If you build IT infrastructure, they will come.

Fact: The adoption of digital technology by small enterprises generally results in greater profitability. However, while infrastructure is necessary for entrepreneurs to thrive in the digital economy, it is by no means sufficient.

A survey conducted by Nathan Associates among 951 small and medium enterprises (SMEs) in India found that 64 percent of those that use the Internet witnessed an increase in sales, while 65 percent saw an increase in profits as a result of increased geographic reach and a wider customer base.

So why don’t all SMEs use the Internet? The three main reasons cited by Indian SMEs were high costs, weak e-commerce environment, and a lack of digital literacy.

In interviews with entrepreneurs from three very different ecosystems—Kathmandu, Nairobi, and London—the high cost of broadband Internet was also cited as a major cost and barrier to operating a startup.

A tech entrepreneur from Kathmandu explains that affordable access to broadband Internet has a direct impact on productivity: “There aren’t too many places where you can spend a very long time coding, so unless you have reliable Internet at home [which many of us don’t], you have to work in chunks, [which] takes forever.”

Policy lesson: If building IT infrastructure isn’t enough, what can regulators do to ensure that SMEs take advantage of digital infrastructure to expand operations? Policymakers must prioritize the elimination of barriers to Internet adoption for startups. For example, they could consider providing affordable access to fast broadband in public locations, such as technology hubs, universities, and libraries.

Fact: Communication is a necessity, and mobile phones and the Internet can support innovative business practices in all segments of the population.

Of course, high-quality nutrition is a basic human need and the foundation of healthy, productive, and fulfilling lives. But the importance of mobile communication at the base of the pyramid (BOP) is also clear. According to a recent study conducted in Asia, some of the world’s poorest people spend up to 57 percent of their disposable income on mobile phone service.

Jeffrey James points out how, in economic terms, mobile phone access for the BOP population displays the features of a necessary service. Moreover, the higher an individual’s income, the lower percentage of it is spent on mobile service. Put differently, spending on mobile telephones is relatively insensitive to differences in income.

The poor, just like those who are better off, don’t merely use mobile phones for socializing and entertainment. Many depend on mobile phones to access the Internet and run the businesses that support their households.

For example, consider the Kenyan e-commerce platform Soko. Run by Kate Mahugu and her team, Soko allows artisan women from Nairobi to sell their products, receive payments, and reach international distributors like Nordstrom and Anthropologie simply by using their mobile phone.

Policy lesson: Effective regulation of mobile and Internet technologies can help entrepreneurs like Kate and the Soko artisans reach global markets. In particular, competition in the telecom sector can lower monopolistic barriers to entry for disruptive business in many industries, including light manufacturing, transport, tourism, and education.

Myth 3: Digital skills are only relevant for people who work in the ICT sector. The rest of us don’t need them.

Fact: The lack of digital skills—from the basic, such as using a computer, to the more complex, such as writing code—is a leading cause of unemployment in many countries.

A group of women technologists in Kenya illustrates the direct connection between digital skills and employment. Akirachix is a social startup that relies on volunteers to teach coding and business skills to women from disadvantaged areas, such as the slums of Dandora, Waruku, and Kibera. The 12-month curriculum combines peer-tutoring and experiential learning. The students begin their journey having had very little exposure to the digital technologies used in the modern workforce, but graduate with some of the most sought-after skills — the employment rate among graduates is a whopping 70 percent. 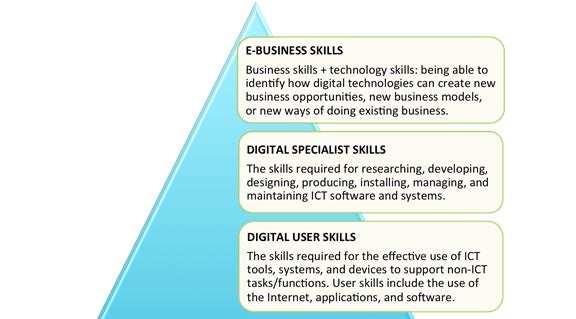 
Policy lesson: Decision-makers must develop creative solutions for enhancing technology and entrepreneurship skills at various stages of life, from preschool through primary, secondary, and tertiary education, and into lifelong learning. To equip new (and old) generations with relevant skills, educators must also adapt methodologies for delivering these skills. Partnerships, peer-learning, and online and audio training are just some of the methods that can be used to deliver the combination of technical and business skills needed in the global digital economy.