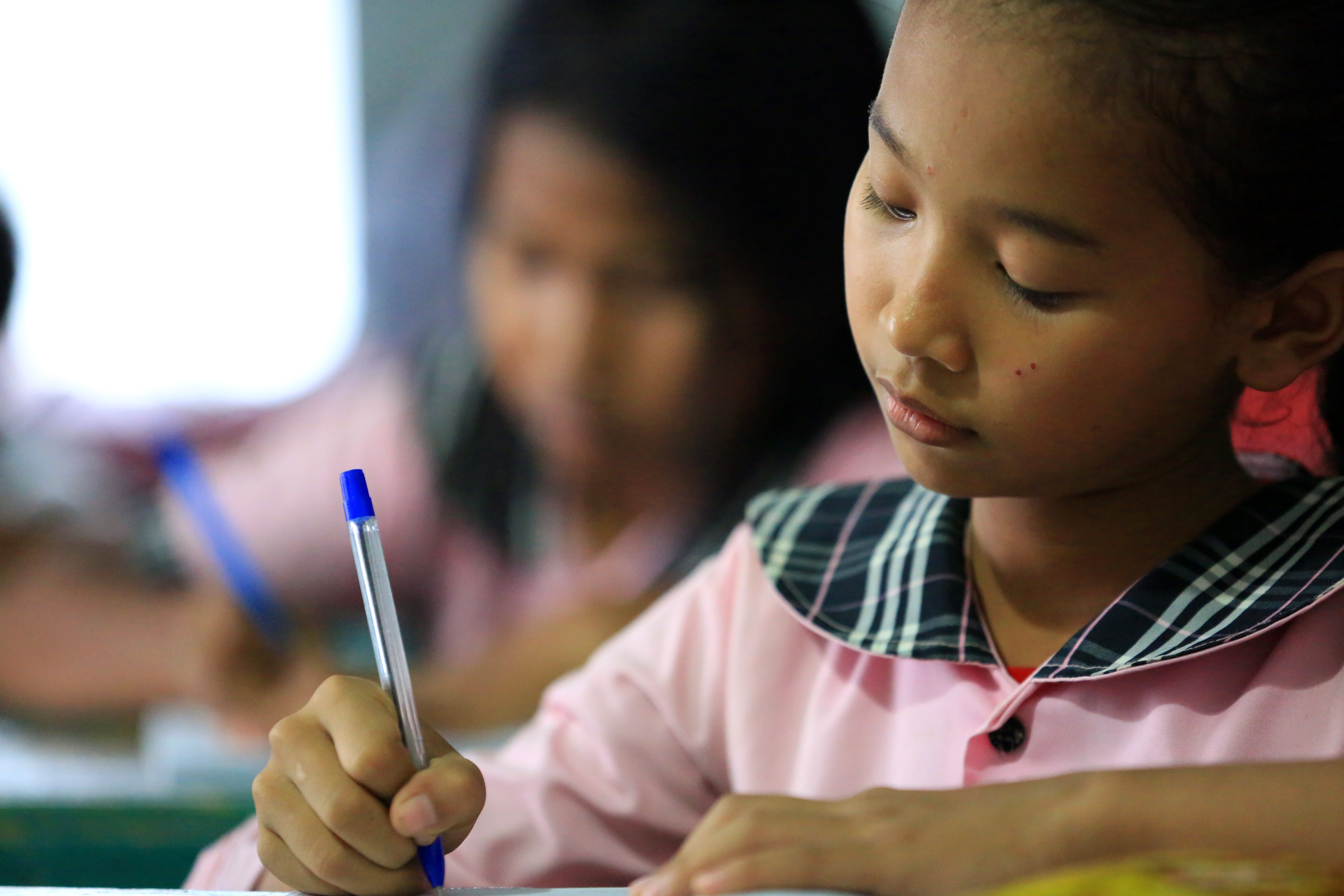 Labels matter. Girls who are reminded of stereotypes about how girls perform in math do worse on math exams (in some circumstances). Publicly revealing the caste of students in India led to worse performance of students from castes that were traditionally lower in the caste hierarchy. In the U.S., posting a banner with vegetables in the form of cartoon characters increased schoolchildren’s consumption of vegetables by 90 percent. These are all forms of labeling. New research suggests that labeling matters in school scholarships – merit-based versus needs-based – as well.

Ten years ago, fourth-grade students in Cambodia received scholarships that would offset some of their schooling costs through primary school. In some schools, these scholarships were based on merit; in others, they were based on financial need. Three years into the program, Barrera-Osorio and Filmer show that students receiving either type of scholarship were more likely to stay enrolled in school and to show up. Scholarship recipients were between 23 and 32 percent more likely to complete primary school. But only students who received the merit scholarship did better on exams.

As the authors point out, the solution may be to use merit scholarships, but to ensure that high-need students are among the beneficiaries. This may happen through targeting schools or districts where the vast majority of students have high need, so merit scholarships will reach needy students. Or it could happen with a two-stage targeting process, where merit scholarships are rewarded among students that have been identified as high-need.

It’s great to target the most vulnerable students with financial help, but these results suggest there is value in doing it so that it emphasizes their ability over their needs.