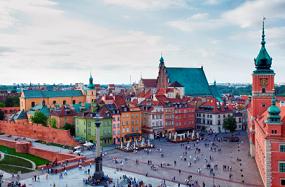 Through its forthcoming European Union presidency Poland should inspire other regions of the world that seek their own development path. By no means do current turbulences and crisis disturbances shatter the need of European integration. Just the opposite, they make it stronger. European integration works and will get through this confusion.

When confronted with globalization, regional integration movements have more chances to succeed in using the benefits resulting from the process and, at the same time, more opportunities to efficiently oppose the threats that emerge. The case of the EU is a distinct example thereof. It is at ease to tackle the challenges while in a group. The processes of regional integrations are neither contradiction nor brake on globalization, yet merely its vehicle, which may attribute a progressive nature to this epoch-making process.

During my many journeys throughout the world, I face the ever growing interest in the process of European integration, its institutional development and geographical spreading. Whether it is Argentina in MERCOSUR or Senegal in ECOWAS, Mozambique in SADC or Malaysia in ASEAN, Qatar in GCC or Kazakhstan in CIS, Grenada in CARICOM or Nepal in SAARC – political, business and intellectual elites wish to know more on why and how some things succeed and other not. What are the benefits of integration for countries that are at a lower level of development? Do they benefit from or rather pay extra for the integration? Where do achievements come from and why do problems occur? What is the mission of the state and international agreements and what is the role of private business relations? What should be subjected to state control and inter-governmental regulation and what should be left to spontaneous market forces? How much interventionism (and how to coordinate it in the supranational, regional scale) and how much laissez-faire? Which institutions (in the behavioral meaning) and what structures (in the organizational meaning) should support the regional integration? Answers to these questions are being sought in Brazil and Indonesia, Nigeria and India, Thailand and Tanzania but also in Russia and Ukraine as well as in China and Vietnam. Who knows them better – well, at least partially – than the countries that are the most experienced in the nuances of European integration and at the same time in the paramount systemic transformation?

There is no use in repeating that the current situation cannot continue, that corruption shouldn’t rage and inequalities deepen, that we can’t accept the fact that over a billion people live in extreme poverty and so many children go to bed hungry. There is nothing new in saying that the help must not be offered by giving a fish but instead ought to be provided by instructing how to fish and maybe offering a fishing rod. Such assistance should be a well-coordinated dash, and long-term technical consulting and personnel training offered to regional integration groups. All that instead of another visiting group of experts willing to teach and preach on the salutary role of privatization and the lowest possible taxes. What counts is professional technical consulting based on experience and the new pragmatism. It will not come spontaneously; it must be encouraged, assisted and directed.

Poland has more to offer to the world than just one hundredth of global production and one two-hundredth of its inhabitants. We know how to use our own experience of implementing structural reforms, exercising regional integration to spur growth, establishing democratic institutions, and, last but not least, building a civil society. Now is the time – and a must – to show initiative in these areas. Where should it emerge from if not the European Union? Given the Polish presidency and our achievements this should be the Warsaw Initiative.

I do not claim that Poland has better experts than any other country; it doesn’t. But we do have experienced practitioners. Participation in the Warsaw Initiative is to take place on toutes proportions gardées basis, but it should be offered to the world during our EU presidency and in our capital city. Why? Because Poland has won a lot on European integration. Due to benefits resulting from the establishment of modern market institutions and opening to broad external contacts, cultural, political, and economic, this is a country of relative success. We have grasped many skills we should share, also with the nations of remote countries, on other continents. It is no doubt, however, that the channel of transfer of this unique know-how must be the European Union. Poland must not jump the gun on the one hand, but must not remain at the tail end, on the other. Since we are not able to help other nations financially, it is more naturally to help them learn how to help themselves. We may have no money but we should never run out of initiative. Polish initiative, European project, worldwide gains.

Prof. Kolodko teaches at Kozminski University in Warsaw. Former four times deputy prime minister and minister of finance, he is the author of “Truth, Errors, and Lies: Politics and Economics in a Volatile World” published by Columbia University Press (www.cup.columbia.edu/book/978-0-231-15068-2/truth-errors-and-lies). He writes blog at www.volatileworld.net.