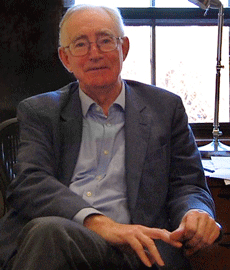 Sir Anthony Atkinson, who was Centennial Professor at the London School of Economics and Fellow of Nuffield College at Oxford, passed away on New Year’s Day, at the age of 72. Tony was a highly distinguished economist: He was a Fellow of the British Academy and a past president of the Econometric Society, the European Economic Association, the International Economic Association and the Royal Economic Society.  He was also an exceedingly decent, kind and generous man.

Although his contributions to economics are wide-ranging, his main field was Public Economics. He was an editor of the Journal of Public Economics for 25 years, and his textbook “Lectures on Public Economics”, co-authored with Joe Stiglitz in 1980, remains a key reference for graduate students to this day. Within the broad field of public economics, Tony published path-breaking work on the measurement, causes and consequences of poverty and inequality – from his early work on Lorenz dominance in 1970, all the way to his more recent joint work with Piketty, Saez and others on the study of top incomes. Over his 50-year academic career, he taught, supervised and examined a large number of PhD students, some of whom came to work at the World Bank at some point in their careers.

Tony was a leading scholar who cared deeply about the practical consequences of his work. His many contributions to the social sciences and to economic policy are currently being remembered in a number of obituaries, and we do not want to repeat them here. We focus instead on Tony’s very recent and direct contribution to the World Bank’s work, which we also believe was one of the last volumes he worked on. This was his chairmanship of the Commission on Global Poverty, convened in 2015 by Kaushik Basu – then World Bank Chief Economist – to advise the Bank on how better to monitor the world’s progress towards ending extreme poverty, and on how to measure global poverty more broadly.

The Commission had 24 members but it was known as the Atkinson Commission, and for very good reason. In addition to providing intellectual leadership and drive throughout the process, Tony, almost single-handedly, wrote the final report which was published last October. Neither his clarity nor his hard work were surprising to those who knew him, but both were nonetheless remarkable as he battled the cancer that ultimately took his life. He took on responsibility for, and the work of, the Commission because he believed it could make a difference in practice. He had always argued that accurate, careful measurement of poverty and inequality was essential to inform the design of policies to fight them, and was passionate about taking that fight to a global scale.

True to form, his final report did not shy away from making a number of transformative – and demanding – recommendations: twenty-one of them, to be precise. We have responded to them in detail elsewhere. Here, we only want to highlight three of Tony’s points that are already changing the way in which we work.

First, the report argues that – despite considerable recent improvements - the data and statistical foundations for measuring poverty in the world as a whole remain fragile.  This is not only about missing and non-comparable household surveys. It is also about faulty population data (including from outdated or incomplete censuses); about survey coverage; and about the inconsistency between the concepts of income and consumption captured by surveys and by national accounts statistics. Tony also pushes us to improve our understanding of the multiple sources of non-sampling error that affect our estimates, and to try to quantify and report on this total error in some way.

Second, the Commission Report suggests that we complement our traditional statistics on extreme, absolute income poverty with broader indicators.  In our view, two of these are particularly important. Although the report is broadly supportive of the $1.90/day poverty line as an absolute standard for calculating extreme deprivation, it notes that there is an important relative component to poverty. People’s well-being depends not only on the absolute bundle of goods they consume, but also on the social norms of the societies they live in. Poverty – even extreme destitution – does not mean the same thing in Slovenia and Madagascar. Building on his own earlier work with François Bourguignon – and on related work by Shaohua Chen and Martin Ravallion – Tony proposes that we complement our absolute measure of global poverty (which will continue to be based on the $1.90/day line) with a “weakly-relative” notion of poverty. This would involve a poverty line that includes both an absolute component and one that depends on the (median) income in each country. Adding up these “weakly-relative” poverty counts for all countries yields a different, higher estimate of global poverty. One that does not replace our core absolute estimate, but that adds information and nuance to the picture we have of global deprivation.

The third way in which Tony pushes us to take a broader view is to incorporate a multidimensional poverty measure into our toolkit. He urges us to report both the deprivations along each dimension separately – including nutrition, health, education, etc. – and to aggregate them through a single index.  Once again, the idea is not to replace the core absolute income-based poverty measure the Bank has been tracking since 1990, but to add to it.

Joint working groups from the World Bank’s Research and Data Groups and  Poverty Global Practice have already been working on these various proposals. Tony’s recommendations are far-reaching, and not all that he suggests can be implemented quickly. But we are certainly making a start, and readers will see a richer set of statistics on world poverty coming from the World Bank in our next Poverty and Shared Prosperity Report.  This is only a small part of Tony Atkinson’s huge legacy, but it is one that is particularly close to us here at the Bank, and it is worth remembering it as we mourn the loss of this great man. I am very sorry to hear this, I remember him well from my days as a student at the LSE some thirty years ago. He was very well liked and respected by all who knew him.
I am not at all surprised to hear that he carried on doing fine work until the end.