What Are Some Key Challenges That Firms Experience in Turkey?

One of the primary goals of the Enterprise Surveys (ES) is to provide high quality data about the business environment based on the experiences of firms. Given how little is known about the private sector in developing economies, this provides much needed information.

The recently released Turkey Enterprise Survey consists of 1344 firms across seven regions and nine business sectors. Firms interviewed for the ES are formal private firms operating in non-agricultural, non-extractive private sector with five or more employees. In this post we will focus on a few highlights for the standard ES firms.

Figure 1: The reliability of electricity in Turkey is poor compared to other Europe and Central Asia (ECA) countries 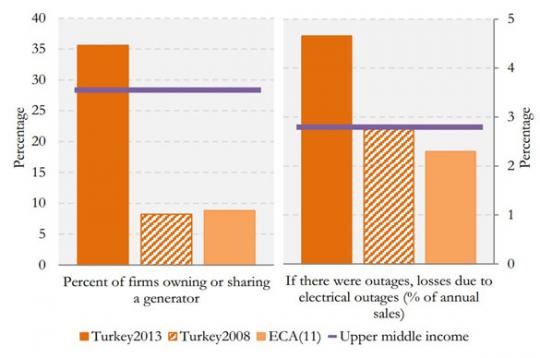