Reflections on the future of legal identity

What is “legal identity” and what might its future hold? This was the question discussed at the Future of Legal Identity Colloquium in The Hague, Netherlands last week.

At this workshop, a variety of social scientists, historians, policy researchers and development practitioners examined the various forms of civil registration and identification currently used and introduced around the world. Participants considered the opportunities and implications of the choices that poor states, in particular, currently face. 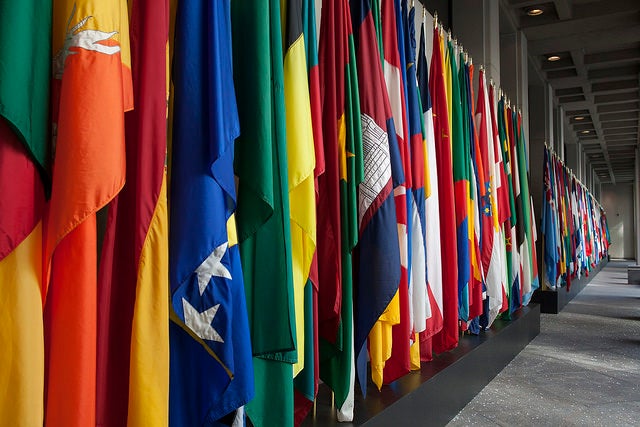 An interesting outcome of these eclectic discussions was the need to disentangle the terms “legal identity,” “citizenship,” “identification,” “registration” and “ID documentation.” This will not only allow the international community to properly understand the development problems we are seeking to address, but also help to better identify the ways to achieve them.

Indeed, in some limited respects, people possess a legal identity whether or not they are registered — for example, a criminal suspect’s right to get a lawyer or to remain silent.  Registration, in turn, may not be an entitlement to citizenship. Many countries still see citizenship as based on local or clan-based knowledge and personal attestation.

The number of people with indeterminate citizenship in Africa is probably far larger than the number of stateless people now identified. Sophisticated ID programs cannot resolve such questions and may exacerbate the difficulties of those excluded.  They need to be preceded by political dialogue and, where necessary, legal reforms to reduce the risk of exclusion. An understanding that legal identity exists in many forms encourages us to first ask which legal identity/identities we are seeking to advance and for what developmental ends[1] .

Why this is important? The post-2015 development agenda is being shaped as we speak. The role of identification and its importance to development outcomes places it within the new Sustainable Development Goals (SDG) agenda — specifically as one of the proposed SDG targets (#16.9), but also as a key enabler of the efficacy of many other SDG targets.

Although there is no one model for providing legal identity, this SDG would urge states to ensure that all have free or low-cost access to widely accepted, robust identity credentials. Regardless of the modalities to achieve it, the recognition of legal identity — together with its associated rights — is becoming a priority for governments around the world.

Based on our research on this topic[2] one principle emerges as paramount — an SDG indicator for legal identity should embody the principle that no one should be denied access to social or economic participation, as well as to public services, for lack of identification credentials. This requires, among other things, that legal identity credentials should be available throughout the life cycle of the individual, be available to both poor and rich, and be sufficiently robust to be widely accepted under the regulations and practices of the country concerned.

Some countries have made great efforts to register excluded communities and individuals, and to ensure that they have the credentials required for full social and economic participation, but others have a long way to go.

Donors and development partners have supported a wide range of identification initiatives, often as components of programs directed towards particular purposes, such as refugees, social protection, financial inclusion and other areas.

The issue at hand is less the lack of involvement and more the need to scale-up concerted donor action around core identity goals. Nevertheless there are signs that the strong complementarities that are needed along the lifetime identity cycle are being recognized. For example, the World Bank Group has recently launched the Identification for Development (ID4D) agenda to address SDG target 16.9 and to help to approach it in a more integrated multi-sector way. This will require building new alliances and reshaping existing development strategies.

Where to from here?  The discussions at The Hague colloquium did not really emphasize the issues of national security and privacy (which could have constituted a colloquium in their own right) but did consider the varied and evolving architecture of national identity programs.  Why, for example, have voter drives managed to enroll so many people so quickly in countries like Nigeria while efforts to develop a central national ID have stagnated?  One reason may be the difference in incentives: political parties need a strong turnout to have a chance of winning the election and work to mobilize their supporters.

Yet it seems hard to build on this momentum to accelerate the development of a proper civil registration system. Perhaps many people see no benefit; perhaps people in some countries still associate ID with the depredations of an exploitative colonial system.  Many countries therefore have multiple registration exercises ongoing, at great cost, often only possible with high levels of donor support.  Even tiny Somaliland is planning for two separate systems, each using fingerprints, and iris and face biometrics — massive financial overkill for an entity with some four million people.

One of the tasks for the future must be to help countries to develop and implement strategies to streamline the diverse ID initiatives that have proliferated in many countries to produce cost-effective, sustainable and trusted systems able to deliver development-related benefits across the population.