Tracking down Ebola with biometrics and digital identity 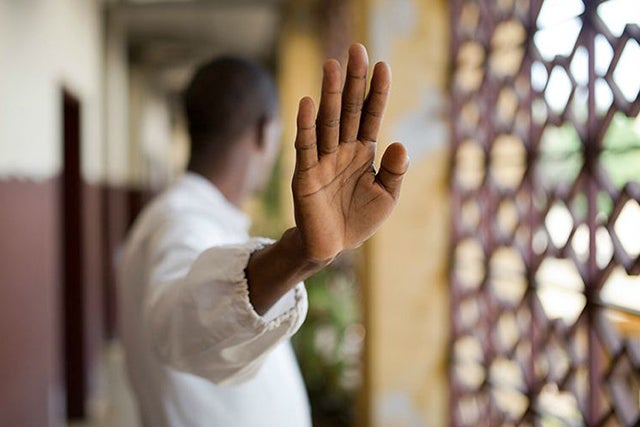 In the last couple of months, we saw some amazing events making the news headlines. From World Bank President Jim Kim’s outstanding lecture at Georgetown University on “Lessons from Ebola”, to the World Health Organization’s (WHO) announcement that Ebola response is moving to the next stage, one may think that the pandemic is over. That no more lives will be lost to this terrifying disease.

But voices from the scientists, who have been the first to discover the Ebola virus last year, raised above the general enthusiasm and warned the international community to stay focused. Researchers from Institut Pasteur in France fear that the virus has mutated and could have become even more contagious. The new variation poses a higher risk of transmission. This means that dozens, if not thousands, of lives could be again at risk.

And while WHO shifts the focus from slowing transmission of Ebola to ending the epidemic, the world may actually be at the verge of a new pandemic emergency. With the recent surge in new cases in Sierra Leone, the world must stay focused until we reach and maintain zero cases in each affected country.

A front-runner in the Ebola response efforts, World Bank President Jim Kim has repeatedly reminded world leaders: "We need to make sure that we get to zero cases in this Ebola outbreak. At the same time, we need to prepare for future pandemics that could become far more deadly and infectious than what we have seen so far with Ebola. We must learn the lessons from the Ebola outbreak because there is no doubt we will be faced with other pandemics in the years to come."

As stated at the Conference, the World Bank continues to work closely with the affected countries, the United Nations, WHO, bilateral, civil society and private sector partners to support response and recovery.

At the same time as we are looking at stimulating creative, collaborative and catalytic action to jump start the Ebola recovery process, an initiative like the recently launched Identification for Development (ID4D) agenda of the World Bank catches attention. Invited to present in the Ebola Innovation for Impact 2015 session, organized on the sidelines of the Conference, our aim was to present how a robust identification system could help the people of Guinea, Sierra Leone and Liberia, not only to receive essential services such as health care and welfare, but also to access critical financial services (such as life insurance and loans) and (re)gain formal employment.

In a context where the Ebola epidemic continues to cripple the economies of these countries, the path to recovery lies through strengthening the mechanisms for service delivery, minimizing waste and maximizing the outcomes of investments made.

Recent research by the World Bank showed that robust identification systems, if developed in a highly interoperable and scalable manner, can produce huge savings for citizens, government and businesses. Conversely, disparate initiatives and siloed investments in civil registration and identification systems are likely to be wasteful and duplicative, detracting from the far-reaching public and private sector implications of universal access to identity and services for all.

Over the past few years, biometrics and digital identity have become a game-changer, overcoming the barriers to distributing official identification (ID) nationwide and opening the way to digital service delivery as a key development tool. A recent paper, co-authored with the Center for Global Development, illustrates just how critical robust identification could be to achieving the new Sustainable Development Goals.

Another study by Boston Consulting Group estimates that digital ID systems bring gains in efficiency and convenience that could yield global taxpayer savings of up to $50 billion per year by 2020. Through online transactions and other e-services, digital ID systems also can reduce the corruption and theft in paper-based systems that siphons off entitlement payments from their intended recipients.

Digital ID systems also advance government accountability and transparency. A 2010 biometric census of civil servants in Guinea-Bissau reportedly identified 4,000 nonexistent workers on the public payroll. Nigeria reported eliminating 43,000 “ghost” workers in the first phase of a pilot in 2011 that saved US$67 million. In Botswana, biometric enrollment of pensions and social grants eliminated waste by identifying duplicate records and deceased beneficiaries.

We believe that the existence of a robust ID system in each of the three most affected countries — Guinea, Liberia, Sierra Leone — would have allowed donors and governments of these countries to precisely identify the people infected with Ebola, track their contacts (thus containing the spread of the virus), closely monitor treatments received by the Ebola patients and make sure payments reach the health workers who were caring for them.

The outcomes of last week’s recovery conference include increased international support to the affected countries and region, with concrete financial commitments to support national and regional recovery strategies within a 24-month time frame. Development agencies need to build a solid policy dialogue around the need for future crisis and pandemic preparedness in these countries, now. The governments of Guinea and Liberia have officially requested World Bank’s support in designing and implementing biometric digital identification systems in their countries. With help from the World Bank and other development agencies, the Ebola-affected countries are committed to making all efforts to prevent this (or another) disease from spreading and taking away lives of people.

As David Nabarro, UN Secretary-General's Special Envoy on Ebola has put it: “Let us do everything we can to avoid complacency. Let’s have a motto; Ebola will not be gone in any country until it is gone from every country.”  And to that, we would like to echo President Kim as well: let us not be "dangerously unprepared for future pandemics."
Topics
Digital Development
Health
Education
Countries
Guinea
Liberia
Sierra Leone
Regions
Africa
Series
Digital Identification
Pandemic Preparedness