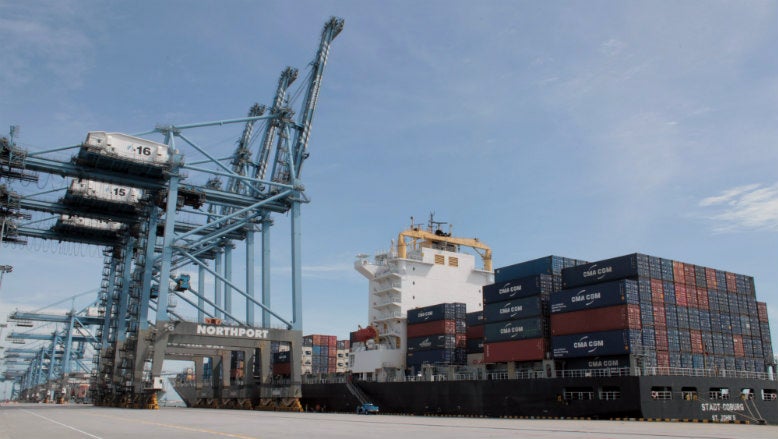 In the past several decades Malaysia has witnessed strong economic growth and has become one of Asia’s newly industrialized countries. In one generation it transitioned successfully from low to upper-middle-income status, due in large part to outward looking policies, trade, and foreign direct investments (FDI) — which contributed to the successful diversification of the economy. Today, Malaysia faces the challenge of escaping the middle-income trap as its productivity slows and it becomes less competitive.

Free trade agreements (FTAs) such as the Trans-Pacific Partnership (TPP) and Malaysia EU-FTA bring the potential for greater market access for Malaysia. This new generation of free trade agreements offers opportunities for Malaysia to strengthen reforms beyond tariff reduction, covering commitments such as competition and investment policies, non-tariff measures, intellectual property rights, labour standards, and opening up government procurement for competition.  With a market-friendly government and a strong track record of reforms, there are new opportunities for reinvigorating structural reforms to support private sector-led economic growth. Accelerating productivity growth is a key element of the 11th Malaysia Plan, which aims to bring Malaysia to high income status by 2020.

A country’s ability to participate in global value chains (GVC) depends as much on its capacity to efficiently source world-class inputs as on its ability to export. A high and stable share of imports suggests Malaysia, similar to its neighbors, remains well-integrated in global value chains. Given the high level of intra-GVC trade and similarity between imports and exports, a key question is how much domestic value-added is embodied in Malaysia’s exports? In the value chains in which Malaysia participates, the country maintains an upstream position relatively far from final consumption. The electrical industry is the closest to final demand, followed by the manufacturing and electronics industries. Thus, there is potential for Malaysia to move further up the value chain.

Despite high levels of foreign direct investments, there are limited backward linkages in the Electrical and Electronics sector in Malaysia. In order to compete effectively in the globalized world economy, Malaysia needs to accelerate productivity-enhancing reforms by promoting innovation, upgrading skills in its labor force, creating a sound business climate that is conducive to attracting and retaining investment, and developing high-growth small and medium enterprises and their linkages to multi-national enterprises.

The TPP, of which Malaysia is already a member, brings the potential for much-needed reforms in the country. The TPP is comparable in scale to the world’s two largest regional trade agreements (EU Single Market and North America Fair Trade Agreement) – its member countries account for 40% of global GDP and 20% of global trade.

Malaysia has trade agreements with most TPP countries, but this agreement will still be relevant for three reasons:

1. Greater market access as Malaysia did not have a FTA with the US (in addition to Canada, Mexico and Peru).
2. The depth of TPP, as measured in terms of the number of provisions covered by the agreement, is substantially higher.
3. The largest gains will be in legally enforceable provisions that go beyond the World Trade Organization in areas involving competition, investment and labor.

The new generation of FTAs, such as the TPP and the EU, which is under negotiation, have deep integration provisions and can deliver substantial gains to Malaysia, where the equivalent of non-tariff costs are high. Earlier this year, I had the opportunity to travel to Kuala Lumpur to discuss with the Malaysian authorities and various stakeholders the challenges and opportunities in implementing the newly signed Trans-Pacific Partnership, and offered World Bank Group assistance in helping implement these challenging reforms in Malaysia.

Benefits from these FTAs go beyond providing market access to goods and services. Certainly new generation FTAs like the TPP will entail reforms in difficult areas, some of which are still controversial domestically – including in state-owned enterprises, government procurement, investor-state dispute settlement, labor regulations that allow unionization, and intellectual property rights. GEOGRAPHICALLY MALAYSIA IS IN STRATEGIC POSITION. ONE FACTOR THAT CONTRIBUTED TO ITS ECONOMIC GROWTH. BUT THEY DON'T PUT ALOT INVEST ENOUGH IN ELECTRONICS. AGREED

What has been the impact on Sea Ports as a result of an outward focused macroeconomic trade regime ?
What are the direct and indirect implications for investment in the Port Industry in Malaysia?

Malaysia’s open macroeconomy and increasing integration into global supply chains mean that transportation and freight logistics in general, and maritime ports in particular, are essential to enabling economic growth and attaining high-income status. Since imports and exports of manufactured goods, as well as bulk materials like crude oil, petroleum products, and palm oil, depend on international connectivity and efficient inland transportation, pursuing an open-economy model has impacted maritime ports in that these have been modernized by engaging specialized private sector marine terminal operators to operate these ports under long-term concessions subject to government regulation, consistent with international best practice. Moreover, increasing attention has been paid in making sure that these ports are well connected to their hinterlands through investments in highway and rail capacity expansion. Implications of investment in ports include better international connectivity, lower logistics costs, and higher economic competitiveness, which in turn attract foreign and domestic investment, generate jobs, and contribute to Malaysia’s well-being. Malaysia’s privileged geographic position at the heart of Southeast Asia and very close to the main East-West trade lanes has also positioned the country as a major maritime hub for transshipment cargo – meaning that Malaysia’s ports benefit other countries in the region by providing them with international connectivity through ports like Port Klang and Port of Tanjung Pelepas. While transshipment activity is not directly connected to Malaysia’s own imports and exports, it nevertheless generates significant economic spillovers in the form of jobs at the ports and associated supporting services, and, importantly, in the form of expanded maritime connectivity with the rest of the world by virtue of operating as a hub – which ultimately benefits Malaysian importers and exporters. Maritime ports are critical assets to Malaysia that should continue to benefit from private and public investment for years to come.