A Catalyst for Green Financing in Indonesia 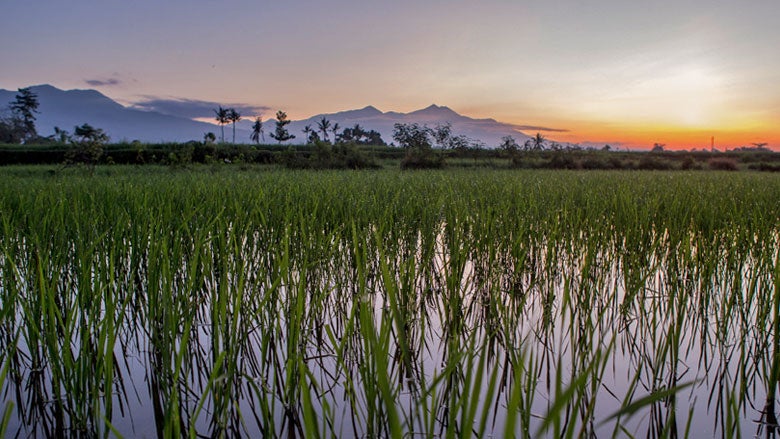 It is an unfortunate but fact of life that Indonesia often deals with the impacts of natural disasters. It was sadly evident again this week when I arrived in Jakarta to the unfolding disaster caused by the earthquake in Lombok, West Nusa Tenggara. My condolences go out to the families and friends of those who lost their lives.

While scientists are reluctant to say a specific natural disaster is caused by climate change, they say a changing climate is resulting in more extreme events around the world. That’s why at International Finance Corporation (IFC), the largest global organization working with the private sector in emerging markets, finding new avenues for climate financing is a key priority.

Green bonds offer a pathway. The world is witnessing a rapid growth in green bonds, dramatically increasing the flow of capital to green projects and bringing new financiers into the climate smart investment space.

Virtually unknown a decade ago, green bonds have now emerged as a real force in generating private sector financing for projects in renewable energy, energy efficient and other ecofriendly industries. Globally the green bond market is estimated to reach as much as US$250 billion in 2018. While there’s growing interest from investors, few Asian banks and institutions outside of China have issued green bonds. But clearly momentum is building in the region.

The growing green bond issuance in the region has been accompanied by the recent introduction of the ASEAN Green Bond Standards (ASEAN GBS) that will help the countries implement their commitments under the Paris Agreement and push for a standardized set of rules for green bonds.

Now a new door has opened in Indonesia’s bid to tackle climate change with the first green bond issued by an Indonesian bank.

With a $150 million investment from IFC, a member of the World Bank Group, OCBC NISP Bank, a subsidiary of OCBC Singapore, is launching the country’s first green bond issued by a financial institution in Indonesia.

It’s a move expected to catalyze development of the green bond market in Indonesia, leading to the mobilization of more private capital for green financing to combat climate change and spur Indonesia’s transition to a low-carbon economy.

We know the impacts of climate change are becoming increasingly evident, affecting how we do business. The estimates are that by the end of this century, climate change could cost Indonesia 2.5 to 7 percent of its gross domestic product (GDP) annually. And the impacts are set to hit the poorest people the hardest. As part of the global effort to arrest climate change, Indonesia has pledged 29 percent reduction in greenhouse gas emissions by 2030 under the Paris Agreement.

At the same time, to realize its growth potential, Indonesia needs to undertake huge infrastructure development in a way that doesn’t further exacerbate the impact of climate change.

With the clear objective of helping Indonesia manage this balancing act — keeping it on a low carbon sustainable path — IFC has been working closely with the Financial Service Authority (OJK) to develop a Sustainable Finance Roadmap, laying out a comprehensive plan for promoting sustainable finance. In July 2017, OJK issued a regulation requiring banks to develop action plans for sustainable financing and report their green financing.

Climate financing is a relatively new area for Indonesian banks. Its estimated green financing currently makes up less than 2 percent of total banking loans. For the country to achieve its future emission targets, it is critically important to build capacity within banks to promote green financing.

IFC has been working closely with financial institutions to help them to identify, finance, measure and report on green financing. IFC has also launched initiatives to create green assets for financing through its green building and climate smart agribusiness programs.

The OCBC NISP Bank’s green bond issuance will increase climate financing in Indonesia, establishing green bonds as a new asset class in the country. It will also help develop the country’s capital markets, a priority area for our work in emerging markets.

The bond will come with a five year tenor to help the bank fund longer term green projects. The bank’s expected climate smart portfolio is projected to contribute to Indonesia’s target to reduce greenhouse gas emissions. But more importantly it will encourage other players to move in and help promote the development of low-carbon and sustainable growth in Indonesia.

To help spur green bond issuances in Asia, IFC has also signed an agreement with the Monetary Authority of Singapore (MAS). The objective is to encourage financial institutions (FIs) in Asia to issue green bonds by capacity building programs and promoting the use of internationally recognized green bond standards and frameworks.

While the green bond market in Asia is still in its nascent stage, the latest moves signal evidence of increasing investor demand in the rapidly expanding market for environmentally friendly finance. For Indonesia, IFC estimates the potential opportunities for green financing are around $274 billion by the year 2030.

Given the magnitude, it’s imperative to mobilize funding from private sector financial institutions for green assets financing. In the face of the challenge posed by climate change, we have no choice but to keep up the momentum. With two firsts — the green Sukuk and the first green bond by a private sector bank — Indonesia is off to a good start. Let’s keep up the momentum.

Green bonds have now emerged as a real force in generating private sector financing for projects in renewable energy.

The writer is CEO of IFC, a member of the World Bank Group that is focused exclusively on private sector investment in developing countries. The article was published in Jakarta Post.