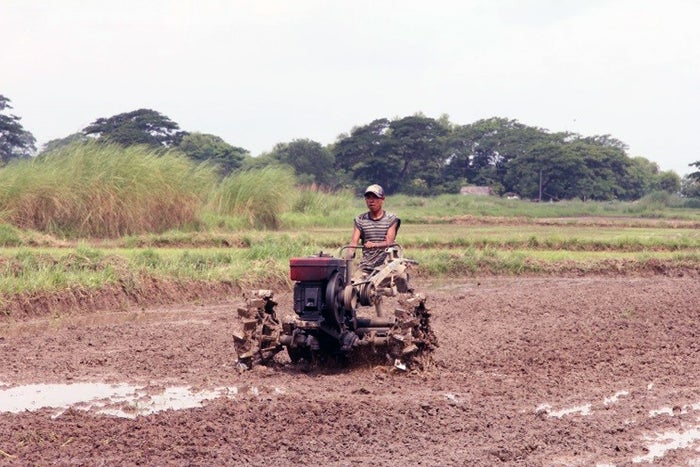 The changes underway in Myanmar can be felt almost everywhere: in Nay Pyi Taw, portraits of Bogyoke Aung San grace the walls of parliament; in Yangon, traffic is choking roads while construction cranes dominate the skyline; and across the country, ports, airports and border crossings are booming with trade.  Felt almost everywhere that is, except in rural areas, where the impacts of change have been less visible.

And yet, rural communities are home to the majority of Myanmar’s population, the majority of its many ethnic groups, and 70% of its poor. Recognizing this disparity, policy makers in Myanmar have stressed rural poverty reduction to be a key priority for the coming years. This is a task as ambitious as it is critical – enabling rural communities to participate in expanding economic opportunities will be central to inclusive growth in Myanmar and to the growth of a strong, diverse and united nation.

What then will it take to reduce rural poverty in Myanmar?First and foremost, it will take an increase in agricultural productivity to make farmers richer. Second, improved access to essential services to create opportunities in rural communities will be critical. Third, more focused and efficient public spending is important, so resources flow to people who need them and to programs that work. A mix of policies and investments, informed by listening to both people and evidence, can help achieve all three.

Increasing agricultural productivity. Farmer U Phyo from Zeegon Town owns nine acres of land where he grows rice, but can barely make ends meet with his income. “All farmers are struggling with the same challenges. We are faced with very low prices after harvesting, the rising cost of rice production, and hardly any access to bank loans that are suitable for farmers like us,” said U Phyo.

More than half of Myanmar’s labor force works in agriculture, but the average yield of the dominant crop, paddy rice, is amongst the lowest in Asia. Add in post-harvest losses and high transport cost, and profits from farming fall even further.Indeed, one hectare of monsoon season rice from the Delta region in Myanmar – the country’s rice bowl and one of the most fertile growing regions in the world – on average generates just $140 in profits, compared to $340 in Cambodia and $430 in Vietnam.

Boosting productivity – and thus profitability – will require reforms to increase the availability and adoption of modern farm technologies, as well as investments in seeds and extension services.For example, in 2013-2014, total spending by the Ministry of Agriculture and Irrigation on seed and extension programs was only 0.22% of agricultural GDP (or 0.07% of total GDP), well below the globally recommended benchmark of 1% of agricultural GDP. Only one percent of the demand for paddy seed is estimated to be met by supply in Myanmar, compared to nearly 100% in Thailand and Vietnam.Private investment can play a critical role in addressing these constraints, private investment which regulatory reforms can help unleash.Similarly, reforms in the land sector to increase security of tenure have had strong positive impacts on productivity in other countries in the region.

Increasing access to essential services. At present, more than 80% of the rural population lacks access to electricity, 37% lack access to clean drinking water, and only 12% of roads are paved, which can make them impassable in the rainy season. This contributes to rural isolation, and limits access of rural people to markets, job opportunities, and services. Overcoming such constraints, if done in a way that empowers rural communities, could also help reduce geographic isolation and foster national unity by demonstrating the state’s support for lagging regions. This includes in particular ethnic minority and border areas, which have been affected by conflict and where the presence of the state remains limited and sometimes contested.

Some of these policies, reforms and investments may involve increased spending, as is happening already: from 2012 to 2015, the level of general purpose transfers from the union level to States and Regions has increased from 0.6% of GDP to 2.3%.This allows States and Regions to fund important economic services (such as local roads, transport and communications, small scale energy projects, and cottage industries) that are critical to rural development.At the same time, changing the ways of doing business will be important to make public spending more effective, including empowering communities to lead local development efforts.

The country’s national community-driven development program, launched in 2013, is demonstrating the impact of transferring grants for community-level infrastructure directly to village tract committees, elected by secret ballot with gender parity. Rolled out first in 27 rural townships across the country, some 3.1 million rural people have so far gained access to improved community infrastructure through the program, with over two thirds of households in project communities participating in planning, decision-making and implementation of subprojects, and 75% of community members reporting high or very high satisfaction levels.

Spending public resources on people who need them and programs that work. In a situation of significant needs and limited resources, prioritization is key.  Generating the knowledge and systems to allow such prioritization to be made will be critical, both to help distinguish different groups (e.g. the poor from the non-poor) and to identify programs that are delivering results and should be scaled up, versus those that aren’t and should be phased out.

Several measures can help improve information available for better targeting. The 2014 National Population and Housing Census put forward a rich snapshot of Myanmar’s townships and states and regions. Subsequent follow-up surveys, including the 2015 Myanmar Poverty and Household Living Conditions Survey, provide a more complete snapshot of the needs and profile of the poor. For the future, more frequent and better quality of data on living conditions can help to establish a household level targeting system that could identify and deliver support to those who are most in need. At the same time, independent, high-quality and regular impact monitoring of rural development programs can help to identify the strongest performing programs and make these available more widely.

Change is underway and moving fast in Myanmar. Ensuring that rural areas keep pace is critical to promoting unity and shared prosperity in a diverse and thriving country.

A version of this article appeared in the Global New Light of Myanmar. Read the blog in Myanmar language.
Topics
Poverty
Agriculture and Food
Urban Development
Countries
Myanmar
Regions
East Asia and Pacific the reasons for rural poverty have been very nicely analysed and co-related. worth reading. very good solution suggested