How can the Philippines achieve its ambitious vision of becoming a country free of poverty? 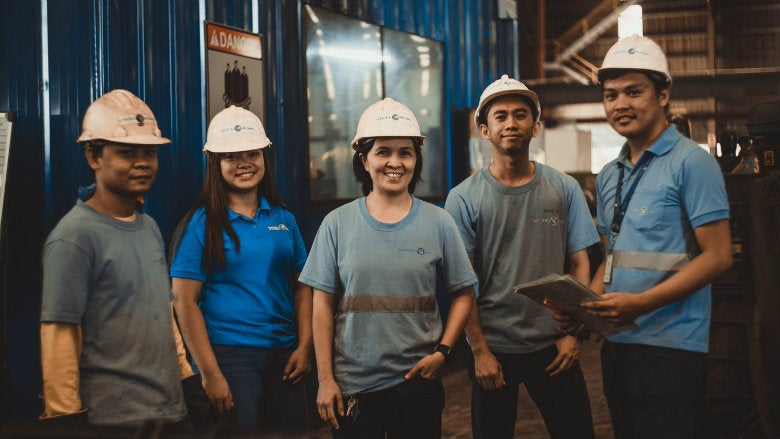 The Philippines’ economy has been booming since 2010, growing over 6% per year on average. The country is one of the top performers in the East Asia Pacific region, and its impressive economic performance is reflected in the towering skylines, luxurious condos, and huge shopping malls of Makati and Bonifacio Global City, the financial centers of Metro Manila. However, the country still has over 20% of the population living below national and international poverty line. Old jeepneys, the most popular means of transportation, carrying a massive number of commuters to and from expanding swathes of blighted areas portrait perfectly this contrast. My personal observation was quickly confirmed by the graph below.

The graph shows that the country’s real GDP more than doubled between 2001 and 2018, growing by an average of 5.6% per year. Labor productivity also increased significantly during this period, with an average annual growth rate of 3.4% in 2001-18. By contrast, real wages remained flat in 2001-16, with 7 out of 17 years registering negative growth rates. Except for public workers, this pattern holds across employees’ level of education, nature of work (i.e., permanent, short term, or different employer), and class of work (i.e., private household, private establishment, public sector, or family operated). This in part explains the Philippines’ slower progress in poverty alleviation compared to regional peers.

The Philippine government has adopted a long-term vision called AmBisyon Natin 2040, which envisions the country becoming a prosperous middle-class society free of poverty by 2040. This would require the Philippines to triple its GDP per capita from US$2,892 to around US$9,350 in the next 22 years, a challenge that the Asian Tigers and China have managed to accomplish in the past. In addition, the vision implies a poverty rate of zero by 2040, which will require inclusive economic growth.

In our report, Growth and Productivity in the Philippines, we first identified constraints to economic growth, with a special focus on productivity. We then assessed whether or not the AmBisyon Natin 2040 is achievable and what reforms are needed to realize it. We looked at aggregate-, sector-, and firm-level data to understand productivity dynamics in the Philippines, as the contribution of total-factor productivity to growth has increased rapidly in recent years. Moreover, we identified constraints to accelerating economic growth.

We found that a lack of domestic and foreign competition is the main constraint to boosting productivity growth, which is reflected in the country’s high market concentration, its low trade openness despite low tariff rates, low foreign direct investments in productive sectors, and low levels of innovation.

We also assessed if the level of economic growth needed to achieve the AmBisyon Natin 2040 is feasible. Using a long-term growth model, we evaluated various growth scenarios and the potential mix of growth drivers needed to reach the government’s goals.

Our first key finding was that the Philippines needs to sustain an average annual total-factor productivity growth rate of 1.5% or higher in the next 22 years, more than double the world average since 2000. Such a high rate of productivity growth will require deep structural reforms to remove constraints and distortions faced in the private sector.

The second key finding was that accelerating capital accumulation in the medium term will be essential to reducing infrastructure and capital constraints to growth, which will require the implementation of important reforms highlighted in the report.

Assuming that the Philippines manages to sustain high productivity growth while accelerating capital accumulation to triple its GDP per capita by 2040, we evaluated if it would be possible for the country to completely eliminate poverty within this timeframe. According to a World Bank Poverty Assessment in 2018, we found that it will not be possible if economic growth does not translate into higher real wages, as a rise in household income accounted for two-thirds of the decline in poverty in the past decade. Our report argues that more market competition in the economy is required to improve the link between labor productivity growth and real wage growth.

While it is possible for the Philippines to sustain high economic growth and reduce poverty to ultimately achieve a prosperous society free of poverty by 2040, it will require major reforms. The top three policy reform areas are: i) improve market competition through regulatory reforms, ii) improve trade and investment climate policies and regulations, and iii) reduce labor market rigidities and costs.