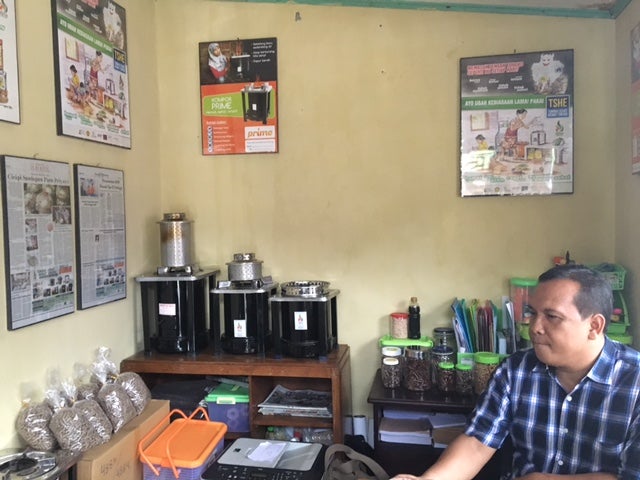 Bapak Kris manages a pellet production factory, located just outside Boyolali City in Central Java. Since its founding, he has started considering the domestic market- despite the fact that the produced pellets have mainly been for export- as the global markets have begun to cool down. When Bapak Kris learned that the Indonesia Clean Stove Initiative (CSI) had launched its Results-Based Financing (RBF) pilot in the Province, he registered and participated in the pilot.

He combined his knowledge of the local pellet market with the pilot program incentives to expand his distribution network and test new pellet-based clean stoves. With each stove sold, the company provided the consumer 1 kg of wood pellets free of charge. With the experience of participating in the RBF pilot, Pak Kris sees the potential of the clean cooking market. He plans to continue selling clean stoves and hopes to set up his own pellet factory.

Bapak Kris is not the only business owner to get involved. The RBF pilot has enabled 10 companies to either start or expand their clean stove business in a new geographic area. As a result, about 10,000 clean stoves of six distinct types, using wood or pellets, have been sold, benefiting households in the pilot areas in Central Java, Yogyakarta, and East Nusa Tenggara (NTT) who otherwise would not have been aware of or had access to clean stoves.


Why the RBF pilot and how did it work?
The Indonesia CSI, a collaboration between the Government of Indonesia and the World Bank, launched the RBF pilot in 2014. It aimed to test a market-based mechanism to attract private investments and incentivize performance-based innovations. The RBF mechanism is different from the traditional government procure-and-distribute approach which often has mixed results due to likely mismatch of supply and demand. This is particularly important for the clean stove sector as cooking needs vary across regions and there is no one-size-fits-all solution. 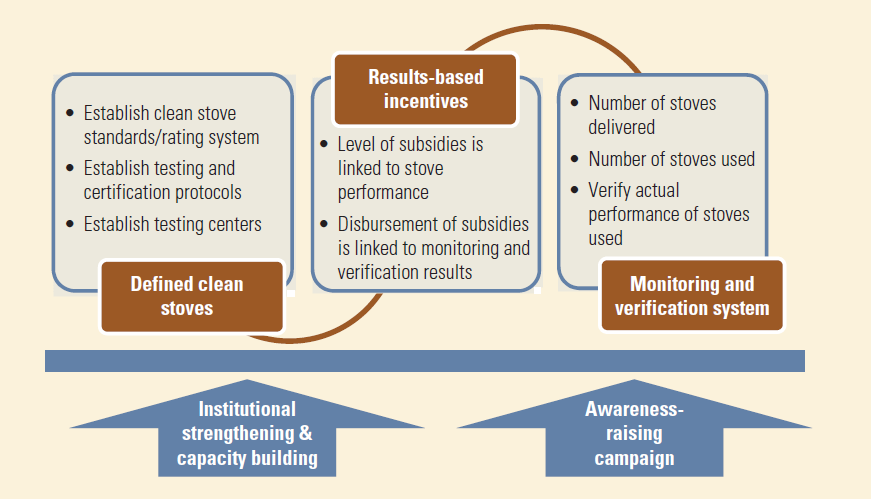 The RBF mechanism disburses incentive payments against demonstrated, independently verified outputs or outcomes instead of payments for project inputs. This mechanism shifts investment and performance risks to the private sector. It also provides flexibility for the private sector to be innovative in the designing, producing, and selling of clean stoves. The overall conceptual framework for the RBF pilot design included three building blocks—defined clean stoves, results-based incentives, and a monitoring and verification (M&V) system—supported by the pillars of institutional strengthening/capacity building of key market players and awareness-raising campaigns to stimulate household demand. In the case of the Indonesia Pilot, to be qualified for a certain level of incentive, stoves needed to be tested based technical performance in terms of efficiency, emissions (air pollutants and carbon dioxide), safety, and durability. This incentive was then paid in three tranches, where each is connected to the verified results of stove stock, sales, or household continued usage.


What was achieved?
Over the pilot’s two-year implementation period of 2014-2016, a total of 10 diverse private business entities (stove suppliers)—including eight that were new to the clean stove business and five women-led businesses—participated in the pilot. About US$100,000 RBF funding was disbursed to these business entities as financial rewards based on verified stock, sales, and household continued usage of eligible clean stoves. The key innovations include: 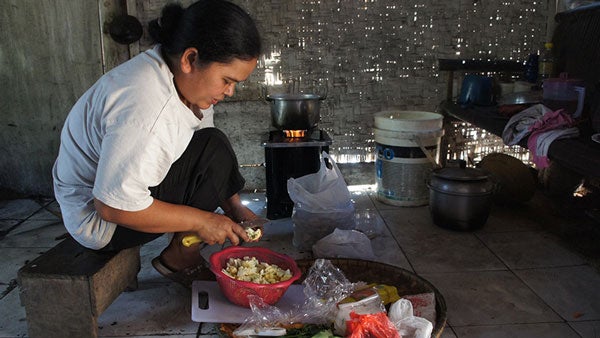 The Indonesia pilot demonstrates that market-based RBF incentives can indeed attract the private sector and stimulate local innovation. The pilot’s core value is the provision of a unifying framework for all key elements to develop the clean stove sector—policy, institution, technology, standards/testing, private-sector support, demand stimulation, and closing of the affordability gap—and sent clear signals to the private sector regarding expected performance and results. Aligning all the necessary interventions toward performance-based targets and results avoided fragmented interventions which characterized past stoves programs.

Lessons from the design and implementation of the Indonesia RBF pilot can be of interest to other countries considering applying this mechanism to promote the development of their clean stoves markets. More information and lessons learned from the RBF pilot can be found in the newly published report: Incentivizing a Sustainable Clean Cooking Market: Lessons from a Results-Based Financing Pilot in Indonesia.

Also, join the conversation in our Community of Practice.
Video