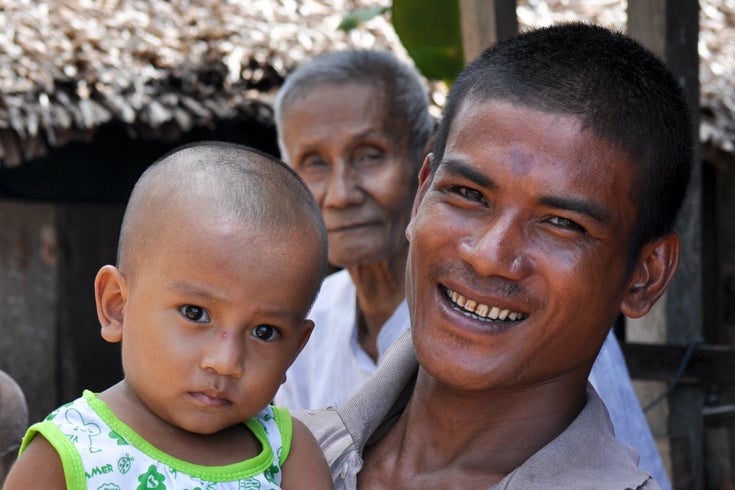 Myanmar is undergoing a historic transition. After decades of armed conflict and economic stagnation, the country is beginning to make important strides toward realizing its potential and the aspirations of its people.

Our engagement in Myanmar started more than 60 years ago when it became a member of the World Bank, soon after gaining independence from British rule.

Back in 1955, the Bank’s first economic report stated: “the lack of security remains a disrupting influence on the economic life of the country” while “the long term economic potentials are bright” on account of its moderate population growth and abundant natural resources. It also noted the importance of “encouraging private sector enterprise to improve the standard of living of the people”— these are topics that continue to resonate in today’s development discourse.

In the early 1950s, Myanmar’s GDP per-capita was comparable to that of Thailand, Korea, and Indonesia.  Like others in the region, Myanmar was coming out from colonial rule and a period of struggle. Sixty years on, Myanmar has a per capita GDP just above $1,100, less than one third the average for ASEAN countries and one of the lowest in East Asia.

The good news is that Myanmar has begun the catch up process. Major political and economic reforms since 2011 have increased civil liberties, reduced armed conflict, and removed constraints to trade and private enterprise that long held back the economy.

The results thus far are encouraging. Economic growth has accelerated from 5 percent in 2010 to 8.5 percent in 2014/15, exports are up by 70 percent, foreign direct investment has increased five-fold to $5 billion a year, and tourist arrivals are up ten-fold to 3 million a year.

Myanmar’s increased openness offers opportunity to help address pressing development needs. The challenge is to sustain reforms and development gains over the long term, including through lasting peace.

While the development effort lies in the hands of the people of Myanmar, the international community can play an important supportive role, including multilateral institutions such as the World Bank Group.

I am visiting Myanmar this week to launch the new Country Partnership Framework (CPF) between Myanmar and the World Bank Group. It is a momentous occasion, since it marks our renewed full engagement with Myanmar.

The new CPF is the culmination of extensive consultations with a wide range of stakeholders; including the government, private sector, and civil society organizations.  On this basis, the CPF outlines how the World Bank Group’s global knowledge and financing can help Myanmar and its people transform their country.

We will focus efforts on helping to reduce rural poverty, investing in people and in effective and inclusive institutions that empower people, and supporting private sector job creation.

Over the next three years we plan to commit about $2.6 billion to support the people of Myanmar in their development. Of that, $1.6 billion will be in concessional credits (involving zero interest and about 40 years maturity) from the International Development Association (IDA) for investments in health and education and in agriculture and electricity. The International Finance Corporation (IFC), our private sector arm, expects to provide up to $1 billion in investments and $20 million in technical assistance to boost private sector-led growth and help create jobs.

But these figures are just one indicator of the World Bank Group’s commitment to the people of Myanmar. Just as important, if not more so, is how we work – and that is by helping to put the government’s people-centered approach to work on the ground in the projects and programs we support.

The National Community Driven Development (CDD) Program, the first World Bank-supported project after a 25-year hiatus, is working to empower communities by providing them the tools, resources and skills to decide their own development priorities and to shape their own futures.

When we visited a participating community in Chin State last year, a member of the community told us:  “This is the first time in my life where I’ve witnessed a project which is chosen by the communities—not from the top authorities but from the bottom.”

A similar approach is used in the Decentralizing Funding to Schools Project, which lets principals, teachers and parents decide together on the purchases most needed in classrooms.

For the World Bank, achieving Myanmar’s development goals – such as universal access to healthcare by 2030 – requires a comprehensive approach that builds on an inclusive model of local participation as well as continued strengthening of government’s institutions.

The Myanmar–World Bank relationship was forged in 1951, more than six decades ago.   With the new Country Partnership Framework, the World Bank Group looks forward to standing with the people of Myanmar as a development partner for the long term.

We, along with other development partners, are privileged to accompany Myanmar on its journey toward a more prosperous and peaceful future.

It's actually a great and useful piece of information. I
am satisfied that you simply shared this helpful information with us.
Please stay us up to date like this. Thanks for sharing.