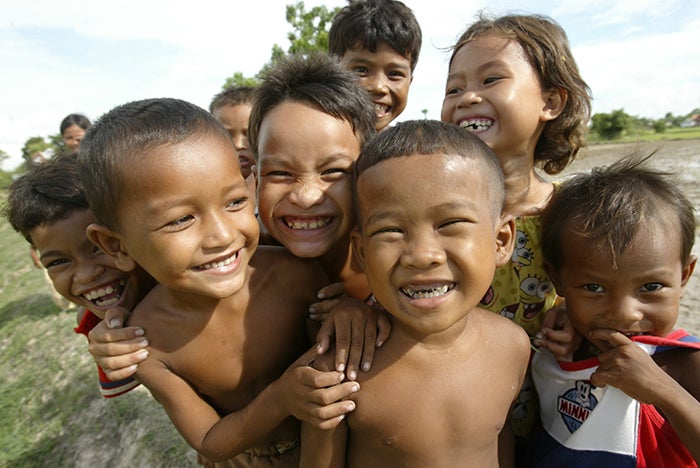 Nearly 50 years ago, books such as Asian Drama: An Inquiry Into The Poverty Of Nations, by the Swedish economist and Nobel laureate Gunnar Myrdal, offered a dire prediction of famine and poverty for the region in coming decades.

Instead, Asian nations have lifted hundreds of millions of people out of poverty in the past decades, as countries including China and Vietnam grew into middle-income economies. And Lao PDR and Myanmar have recently reached lower-middle-income status.

The economic success has not been matched by equal progress in addressing malnutrition in the region. The prevalence of stunting has decreased, but it remains relatively high in several countries.

About 17 million stunted children live in Indonesia, the Philippines, Myanmar, Vietnam, Cambodia and Papua New Guinea, with prevalence exceeding 20 percent in each country. Several smaller countries have some of the world’s highest stunting rates among children under five, including 58 percent in Timor-Leste, 44 percent in Lao PDR and 41 percent in Cambodia.

Stunting on such a large scale poses a significant threat to East Asia’s children, affecting brain development and leading to lower physical and mental capabilities. In fact, stunting is the leading cause of child mortality worldwide, accounting for 35 percent of all child deaths.

Even after they recover, the damage to their health continues. Studies show that rapid weight gain after age two among stunted children can increase the risk of becoming overweight or obese later in life and can contribute to heart disease, stroke, hypertension, or Type-2 diabetes.

People with childhood stunting tend to have learning challenges. As a result, they are less prepared when they enter the job market and tend to earn lower wages than those without childhood stunting. Their lifetime earnings are estimated to be 10 percent less than their counterparts.

Collectively, this translates into reduced economic productivity in developing countries and billions of dollars in lost revenue. Research shows that reducing the prevalence of stunting can increase gross domestic product by up to 11 percent a year in Asia and Africa.

Against this backdrop, we welcome the U.N.’s inclusion in the new Sustainable Development Goals the goal of ending all forms of hunger and malnutrition by 2030. This will require a collective effort by a broad coalition of governments, non-governmental organizations, families and individuals, as well as an unwavering commitment by the international community. It will require money, a greater urgency to spur action, and the ability of national governments to implement evidence-based policies.

Most important is to address the underlying causes of malnutrition: it’s not just a matter of not having enough to eat. In fact, many children in families that have escaped poverty continue to suffer from inappropriate infant feeding, a lack of healthy food choices, poor sanitation, and inadequate healthcare services.

For that reason, it is important to address stunting, as well as obesity, by mobilizing professionals working in multiple sectors, including education, health, agriculture, water and sanitation, and social protection.

For example, finance ministries can subsidize healthy foods while levying taxes on foods high in sugar and fat to address the growing problem of obesity in the region. The health sector should fully integrate nutrition services into universal health coverage and expand routine screening for nutrition-related factors that increase the risk of developing diabetes, heart disease and other chronic illnesses. Schools can teach children to develop healthy eating habits.

The World Bank is committed to working with all stakeholders to reduce malnutrition in East Asia and Pacific. Our regional nutrition strategy promotes collaboration with policy makers, civil society, the private sector and international development partners to boost investment in nutrition and research to inform policy responses to malnutrition.

In addition, we have launched promising projects in the region. In Papua New Guinea, an agriculture project boosting incomes for coffee and cocoa farmers also provides education to help make sure they invest the additional income to improve nutrition for women and children. In Lao PDR, a governance and nutrition development project aims to increase access to nutrition services in the poorest communities.