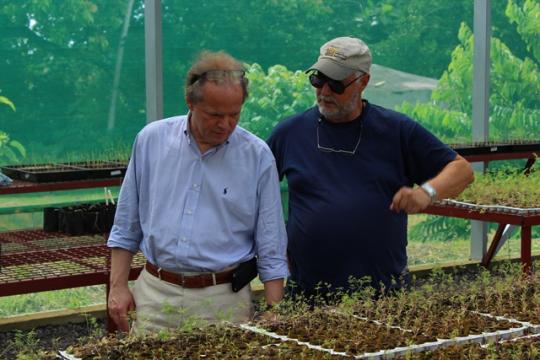 Dots on the world map – they are coral atolls and volcanic islands spread across a vast swath of the Pacific Ocean with names as exotic as their turquoise water, white sand and tropical foliage.
Twelve Pacific Island countries are members of the World Bank. Between them they are home to about 11 million people, much less than one percent of the global population.

One of them, Kiribati, consists of 33 atolls and coral islets, spread across an area larger than India, but with a land mass smaller than New Delhi. With less than 10,000 inhabitants, Tuvalu is the World Bank’s smallest member country.
Despite such remote and tiny landscapes, the Pacific Island countries – including Fiji, Palau, Samoa, Tonga, Vanuatu, Solomon Islands, Marshall Islands, Papua New Guinea, the Federated States of Micronesia and Timor-Leste – represent far more than meets the eye.

Their unique environment provides important ocean resources, including the world’s largest tuna fishery, as well as a virtual global laboratory for the earliest impacts of climate change. Island governments have worked with the international community and conservation groups to establish some of the largest marine protected areas to date.

The World Bank has worked hard with Pacific Island countries to create an expanding partnership that has grown from a modest engagement a decade ago to a major commitment that now exceeds $275 million per year. Alongside global partners, we have an opportunity to do more with Pacific Island governments on unified approaches to development needs that promote a common destiny for such a vast and geographically fragmented region.

Since independence, Pacific Island countries have achieved real progress in the economic and social areas but still face unique development challenges, shaped by their small size, remoteness and vulnerability to natural shocks.
Economic growth lags behind other developing countries in the region. World Bank analysis places the average growth rate between 2003 and 2013 at nine percent for developing countries in East Asia Pacific. Yet in the Pacific, average growth over the same period was closer to just three percent.

With more than half of Pacific islanders under the age of 24, the number of working-age youth is expected to grow substantially over the coming decade. While many countries would see this as an opportunity, in the Pacific – with small economies and limited formal sector employment – it will be difficult to meet this growing demand for employment.

Meanwhile, eight Pacific nations are among the top 20 in the world in terms of annual losses from disasters such as cyclones, earthquakes and tsunamis, with Vanuatu and Tonga listed as the most vulnerable.
World Bank research has estimated the average annual cost to small island states from natural disasters is equivalent to almost two percent of GDP. However, in the cases of Tonga and Samoa, these damages have reached between 20 and 30 percent of GDP.  While countries at risk have received international support, the levels provided so far fall well short of the ultimate needs.

Climate change will only increase these vulnerabilities, with rising ocean levels and stronger tropical storms threatening the very existence of low-lying island nations.

The World Bank and its global partners have already launched projects intended to help island countries mitigate impacts of climate change and adapt to the new realities they face. For example, the Kiribati Adaptation Program helps provide safe drinking water and strengthen coastal resilience. With extreme weather events expected to increase in size and frequency, responding to natural disasters is vital. Through the IDA Crisis Response Window, Tonga, Samoa and Solomon Islands have all received emergency support in the wake of their own natural disasters and Tonga became the first beneficiary under the Pacific Risk Assessment and Financing Initiative, a catastrophe risk insurance scheme.

Regional approaches provide opportunities for Pacific Island countries to benefit from economies of scale and shared knowledge. One example of this is the “vessel day scheme” in which the eight island nations that signed the Nauru agreement regulate the lucrative tuna fishery in their territorial waters. Thanks to this agreement, its members quadrupled their license-fee income between 2009 and 2013.

Elsewhere, the World Bank has helped Pacific Island countries open their telecommunications sector to competition, which is dramatically reducing prices and increasing coverage. By expanding marine fiber optic cable connections to Pacific Island countries, we are supporting both increased access with lower costs for internet users. A case in point is the connection in 2013 between Tonga and Fiji; new projects are also connecting Palau and the Micronesian island of Yap to Guam, and upgrading Samoa’s international connectivity with a state-of-the-art marine fiber optic cable.

The projects mentioned above are just a sample of many new approaches being implemented in the Pacific Region. We need to keep the momentum up and to do more, so people in Pacific Island countries can see the benefits of these investments. We, at the World Bank, would like to continue being a proactive participant in this endeavor and provide Pacific Island governments with the support they need.

Great article! I was a small island development specialist in the 80's and recognized their importance to the world. Small islands have a very fast feedback loop to environmental and developmental errors. They are also by their very nature highly resilient to normal environmental shocks. However the more they become developed and reliant on modern technologies the less resilient they become. The choice of energy sources for these island nations is a case in point. Initially diesel generators were introduced to operate colonial systems in the capitals, but as the price of fuel soared the greater the expense for day-to-day energy costs. The more recent decisions to use renewable energy sources by a number of island nations frees them from the fossil fuel burden.
I am currently working with IDA to help Samoa's government develop a monitoring and reporting system for the Ministry of Finance's Climate Resilience Investment Program, which aims to have climate resilience strategies in every sector.

Remittance cost is another area that needs urgent attention. The term 'Financial Inclusion' has been bandied about at the G20 summit but I feel there has been no clear plan, or even a 'mud map', for achieving this put forward. I believe it needs a whole new approach from 'outside the box'.