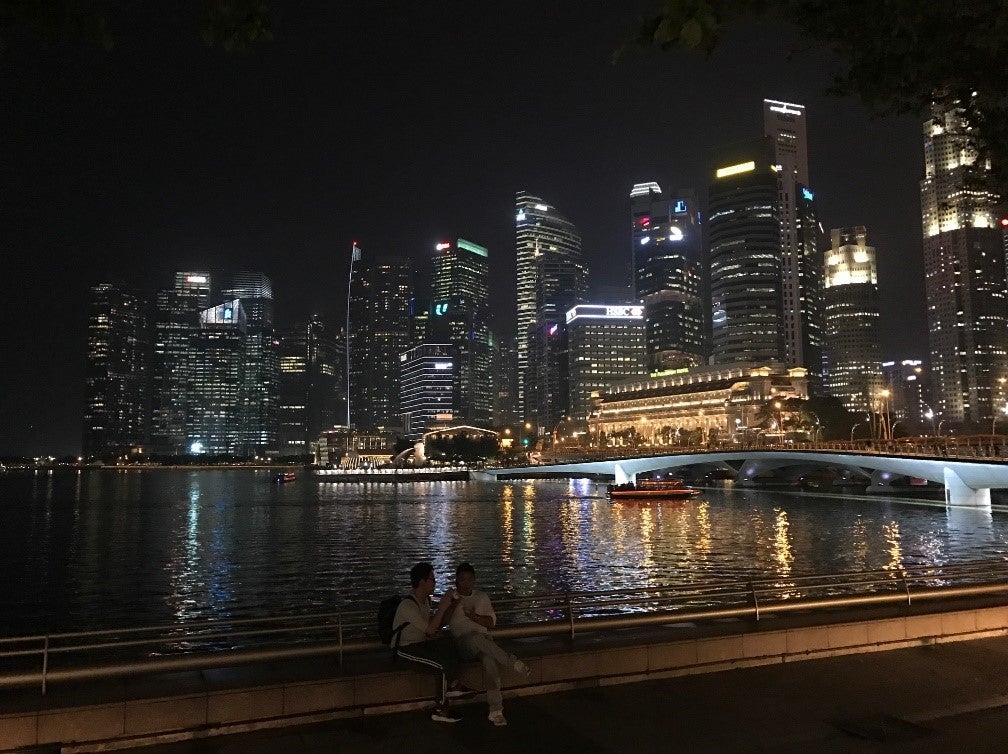 What do you love about the city you live in?

Your answer may be a combination of the following: ease of travel and access to many jobs using high quality and low cost public transit; livability as measured by the availability of green or community space such as parks, schools, cultural or shopping centers; ease of walking and biking encouraging active living and an engaging community; and an idea of what the city would look like ten years from now.

Neighborhoods differ and complement each other to form a city. Such diversity is what makes a city fascinating, as well as complex to plan.  Preserving such diversity is particularly relevant when applying Transit-Oriented Development, or TOD, principles, a form of high density development within walking distance of mass transit stations.

A growing number of developing cities are adopting such TOD principles, but are still exploring how to develop different type of communities around stations.  A framework, outlined in a new World Bank report called Transforming the Urban Space through Transit-Oriented Development: the 3V Approach, suggests that this can be done by looking at 3 values.

The 3 values are: ‘node’ value, as defined by the level of access offered by a mass transit station; ‘place value’, or the attractiveness of the area in terms of diversity and accessibility of community spaces; and ‘market potential’ value, or the prospects of the community in the future.

And in a successful scenario, the three values reinforce each other in a positive ‘feedback loop’.

For us working here in Singapore, this positive ‘feedback loop’ is evident, as the city has been planned for decades along principles of integrated land use and transport planning similar to the 3V framework. Our office is situated in an area that symbolizes a peak for all three values; that is, the Marina Bay area.

Singapore is a small island state that can be traversed through within one work day. But in its development planning, which looks at future prospects in magnitudes of decades rather than years, space is a constraint requiring specific attention. Marina Bay is adjacent to the city’s historical financial center and stands on 360 hectares of reclaimed land built up in the 1980s. When fully developed, the area is expected to more than double the office space for the city, to 4.8 million square meters.

But Marina Bay is already more than just a site of new offices. By next year, Marina Bay is expected to be served by four mass transit lines and nine metro stations, and all locations in the area will be within a five-minute walk of a public transport facility.  Not all transport ‘nodes’ in a network are equal, and successful ‘nodes’ connect many routes and transport more passengers. Once fully developed, the ‘node’ value of Marina Bay will be very high.

And this ‘node’ value is reinforced by the abundant availability of pedestrian walkways – many of them covered but still outdoors – and cycling paths in the area.  On any given evening in Marina Bay, the broad sidewalks and pedestrian overpasses are full of people strolling, jogging, dancing, and otherwise enjoying the community space. 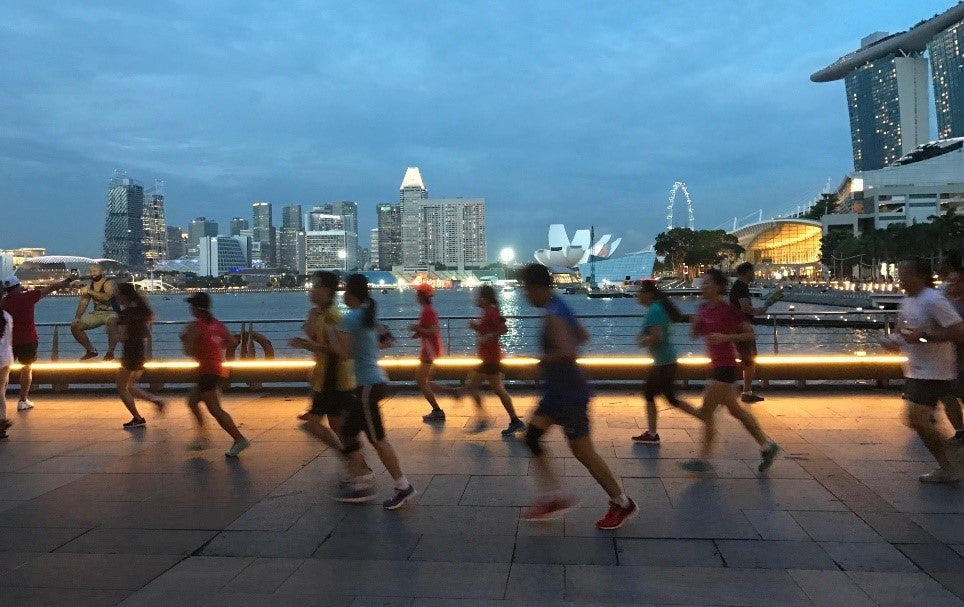 Indeed, an appreciation of community rather than transport is what partly defines successful Transit-Oriented Development, and gives an area high ‘place’ value.

In Marina Bay, this means blocks that are of manageable size, with many underground walkways between the buildings. The area also operates under a flexible framework, so that land parcels can be combined or subdivided as needed. And adjacent to the office towers are parks and gardens that serve as a reprieve from urban bustle, a tourist attraction, as well as a recycling tool – the ‘supertrees’ in nature park Gardens by the Bay vent hot air and circulate cool water.

As a result of this mix of attractions, of high ‘node’ value and ‘place’ value, Marina Bay’s market value has grown immense.

The government’s investment in the area has been recouped, with both local and international developers investing billions of dollars into the area. Leading global companies now have their regional headquarters in the area.  Although there is a very high density of jobs, there is barely any congestion, since the area is easily accessible by mass transit from virtually anywhere on the island. Developers are also attracted by the flexibility built into the zoning regulations.

Marina Bay showcases the potential of a positive feedback loop between the 3 ‘V’s, by creating a well-connected, high quality space, supporting a vibrant community.  It joins other examples of major urban transformation – also presented in the report – such as Hudson Yards in New York, King’s Cross in London, as well as mid-scale developments like Hammerby Sjöstad of Stockhom or the Bo01 district of Malmö, both in Sweden. These neighborhoods show that maximizing the potential of Transit-Oriented Development – and creating beloved neighborhoods that thrive – is possible.