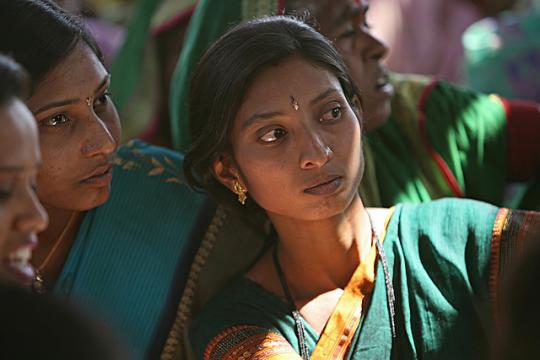 Child marriage in developing countries remains pervasive. One-third of girls are married before age 18. That’s 39,000 girls each day, with 1 in 9 marrying before age 15.  Among countries with the highest prevalence of child marriage, girls with three years of schooling or less are up to six times more likely to marry young than girls with secondary education. The causality runs both ways: child marriage reduces educational attainment, and, conversely, girls with less access to quality education are more likely to marry early.

Child marriage often constitutes a violation of the rights of girls who are encouraged or even forced to marry early. This practice is driven by poverty, cultural and social norms, and pervasive discrimination against girls. Early marriage forces girls into adulthood and, frequently, motherhood before they are emotionally or physically mature. It profoundly affects a girl’s life, not only by substantially lowering her education prospects, but also by causing health complications and harming psychological well-being.

The study also shows that child marriage has a large negative effect on education attainment. Two approaches have been used to estimate this effect. The first relies on reasons mentioned by parents in surveys for why their children have dropped out of school. These studies suggest that child marriage may account in some countries for 10-20% of drop-outs among girls at the secondary level. The second approach relies on econometric techniques to jointly model the decisions to marry and go to school. These studies suggest that each additional year of delay in the age of (child) marriage may increase schooling by 0.22 years, the likelihood of literacy of 5.6 percentage points, and the likelihood of secondary school completion by 6.5 percentage points.

Why does child marriage remain so prevalent in many countries?

The incidence of child marriage varies substantially between regions and countries. Several socio-cultural factors appear to contribute to the persistence of the practice. Qualitative and survey data suggest that the root causes of child marriage include gender roles and social expectations, prevailing interpretations of faith traditions (whether those are correct or not – these interpretations are often not the same everywhere), and the fear of pregnancy before marriage.

Yet there are also major differences between areas within countries in the incidence of child marriage and the reasons for its persistence. This implies that policies and programs aiming to eliminate or curb the practice must adapt to local circumstances. The role of local traditional and religious leaders matters here, since these leaders are often influential in the lives of the communities, and their spiritual and moral guidance has a profound effect on daily life.

What can be done to curb this practice?

In many countries, laws have been adopted to prevent marriage below 18 years of age, but they are often not well-enforced. Laws are needed, but they are not enough. Interventions to reduce the cost of schooling and improve school quality are also required. Apart from cultural and religious factors, the cost of schooling and the poor quality of secondary education, together with limited employment prospects for girls, are among the factors that lead to child marriage.

Cash transfers may make schooling more affordable for girls and thereby reduce child marriage indirectly through their effect on schooling. Other education interventions—such as building secondary schools to reduce the distance to schools or providing public transportation to schools, as well as improving the quality of education—may also have beneficial indirect effects on child marriage.

In addition, some states and countries have piloted cash or in-kind transfers conditional on not getting married, with positive impacts. In Ethiopia the Berhane Hewan program provides income-earning projects for families sending their daughters to school. A pregnant ewe is presented to the girl and her family at graduation. In the state of Haryana in India the program Apni Beti Apna Dhan (Our Daughter, Our Wealth) provides financial incentives to parents if their daughter remains unmarried until age 18. Incentives include an immediate cash grant upon birth and a long-term savings bond redeemable on the girl’s 18th birthday, with additional bonuses for education.

Better and safer job opportunities for girls may also reduce child marriage substantially, as may better access to basic infrastructure (water, electricity), which frees up time spent doing domestic chores and thereby facilitates schooling. But again, recognizing that traditions and culture play an important role in the persistence of the practice, and enabling traditional and faith leaders to be part of the discussion, are also crucial. Overall, eliminating child marriage truly requires multi-sectoral policies that go beyond education alone. Still, focusing on education is a great start.

Note: This blog is based on a forthcoming study: Wodon, Q., editor, 2014, Child Marriage and Education, Washington, DC: The World Bank. Since the study is not yet published, if you would like an advanced copy, please contact the author at [email protected]. "Elderly"/married women/poverty
I wanted to add to my previous comment - the importance of working directly with "elderly" women or already married women - since they often play a critical role in reinforcing traditions related to early marriage/FMG etc. and can help change perceptions (especially if the discussions are led by community members to avoid misconceptions/feelings of a "Western" or intrusive/culturally condescending agenda being forced upon them). Finding alternative "rites of passage" into womanhood could possibly help?
You also pointed to poverty - sadly child marriage seems to be increasing among for example Syrian refugees (although child marriage was not as wide spread pre- civil war) - poverty, despair, plain survival has tragically forced many refugees to marry off their young ones to richer neighbors passing through searching for young brides..
Pardon my rant, this is a topic that engages me. Thanks again for a great piece.
Amina Semlali
International development & Communications Specialist