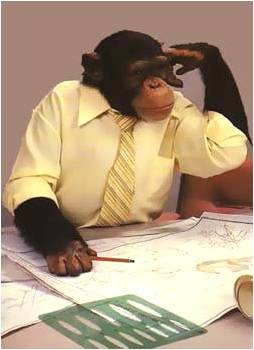 How can countries establish world-class universities while avoiding common pitfalls? In my previous posting on how to sustain and grow a top-tier university I focused on the importance of staying true to a core mission, evolving with the times, and selecting visionary leaders.

In today’s blog, I outline a couple more common errors institutions are likely to make as they evolve towards expanding their programs within a local context while also attempting to attract a global student body.

1.  Engage in mergers for the wrong reasons.  Because some of the key indicators used by global rankings put a premium on the number of publications produced by research universities, the temptation to merge institutions in order to maximize measurable outputs has become stronger in recent years.  Whether the initiative comes from institutional leaders themselves or from government, mergers are risky undertakings.

First, the new, consolidated institution can be dysfunctional because of clashing institutional cultures.  One of the main challenges when undertaking a merger is to create a shared academic culture and transformation vision among all constituting units (faculties, schools, departments) and bring internal coherence to the newly established institution.  Second, the merged institution may become too large to be managed effectively.  The experience of mega-universities in Latin America indicates that it is difficult, if not impossible, to maintain high quality teaching, learning and research in over-sized institutions.

Mergers make sense only if the programs and resources of the merging institutions complement each other, thereby making it easy to achieve significant synergies.  In fact, the more successful mergers appear to be those that resemble more acquisitions than mergers per se.  This happens when one institution takes the initiative to absorb an outside school or department that can usefully complement its own offerings and boost its strengths, as illustrated by the example of Switzerland's Lausanne Polytechnic School which took over, as part of its upgrading strategy, the math, physics and chemistry departments of the University of Lausanne.

2.  Don’t integrate your foreign students well.  In their search for world-class status, new institutions are aware that internationalization can be an important factor for shaping a global curriculum and attracting foreign talent.  In that context, many universities try to boost their intake of qualified—and often fee-paying—foreign students, a dimension that is privileged by some of the global rankings as an essential mark of performance. But, bringing in many foreign students can be counter-productive if the receiving university does not have in place a proper system to ensure their smooth integration.

The unhappy experience of foreign students can negatively affect the international reputation of the concerned university—or even damage the image of the entire country—when news of the unsatisfactory experiences of former students define the inquiries of potential students. Moreover, such negativity can be amplified by incidents linked to xenophobic attitudes in a society at large. A constructive way of dealing with this issue is to use the presence of foreign students as a vehicle for internationalizing the curriculum in terms of both program content and pedagogical practices.

I invite you to post comments with examples that illustrate these or other types of mistakes that can befall a new world-class university as it continues to evolve and expand. Nice thought!! I would like to add few: North-South, South-South whatever collaboration you call it, it basically means European money being sent to south asian university where it is presumed to be running merit academic programs(e.g.NOMA-NORAD programs). Off the paper-understanding is so that foreign students don't get migrated permanently leaving their homeland. The fact is, it doesn't work so, for these reasons 1. because most south asian universities understand requirements in terms of physical infrastructures(buildings, computer labs, library, internet etc), they often fail to look at spectrum of scholarly requirements like encouraging professors, engaging curriculum to extra curricular activities, because of lack of concerns to these spectrum-education quality is often low, and unhappy experience of foreign students affects image of another country(thus affecting regional solidarity) and in some cases negatively affecting funding institutions themselves(number 2 point above-in blog) and thus life years invested in getting a degree is not justified. 2. when the program was run in European countries at least few students would have exposure to a different working studying environment thus enabling them to imbibe more(a human nature). Thus, very good sounding another initiative meets reality-where straight is often not straight.

Ponderables have to be taken into consideration as the proposition to establish a World-class universtiy is fraught with many impediments-such as cultural shock for the foreign students,cultural conflicts that may ensue. But these may be taken care of if proper orientation takes place. Such a university ,aimign at the sky, should not overlook the native genius,culture,institute-industry interction. The faculty should be paid world class salary too.