The world is facing a learning crisis, particularly in middle and lower income countries, and though theories abound on how best to address it, one things is clear: policymakers and practitioners alike need more and better information to sufficiently address the challenges ahead.

Several important international standardized achievement tests such as PISA and TIMSS provide critical data, but these tests are limited because they often exclude developing countries and only date back to the mid-1990s.

Our new working paper, A Global Dataset on Education Quality (1965-2015), addresses that information gap. In it, we present the largest and most current globally comparable dataset on education quality, with harmonized learning scores for 163 countries and regions that covers more than 90 percent of the world’s population. This new World Bank dataset offers a longer time horizon and includes more countries, especially lower income, than any other previous attempt to capture educational information on so granular a level. 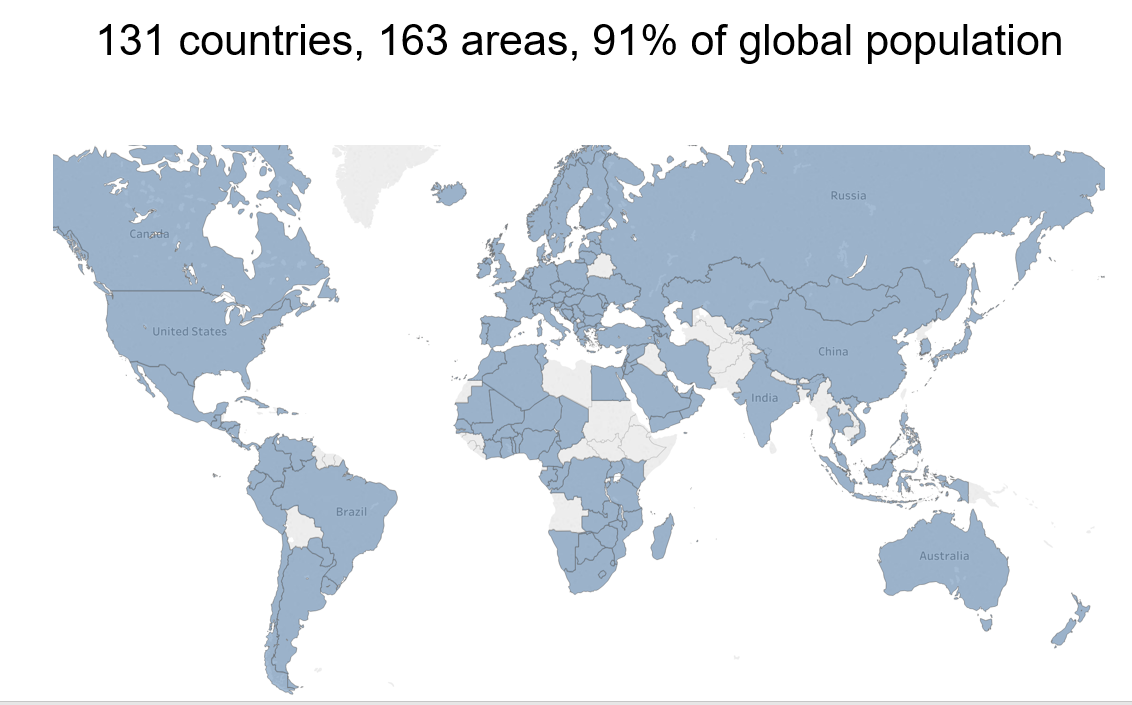 Countries/areas covered by the dataset

As the World Development Report 2018 (WDR) on education underscores, there is not enough learning taking place in many countries around the world, despite the importance of education for a country’s economic success. For many years, the literature focused on the positive effects of education quantity, as measured by enrollment rates or the number of years spent in a classroom. However, a growing body of evidence, including the WDR, suggests that the quality of schooling, as seen by student achievement tests, is just as important for economic growth.  Being in school isn’t enough: students also need to learn once they are there.

The robustness of the new dataset is critical to furthering this conversation and helps shift the focus from the quantity to the quality of schooling. The rich information it provides enables a more intense analysis of the link between student achievement, years of schooling and country growth.

As seen in the graph below, the expanded distribution of scores provides even more evidence of a learning crisis in developing countries and very much builds on the lessons of the WDR. Harmonized international and regional achievement tests enabled us to include more countries, and in particular, developing countries. Using this global distribution of test scores, we can more accurately document the link between school quality and economic growth, which turns out to have a stronger correlation when lower income countries are included. Specifically, we find that the effect of quality education is three times higher for developing, as compared to developed countries. This builds on results of earlier research by Eric Hanushek and Ludger Woessmannshowing that learning is strongly associated with growth. 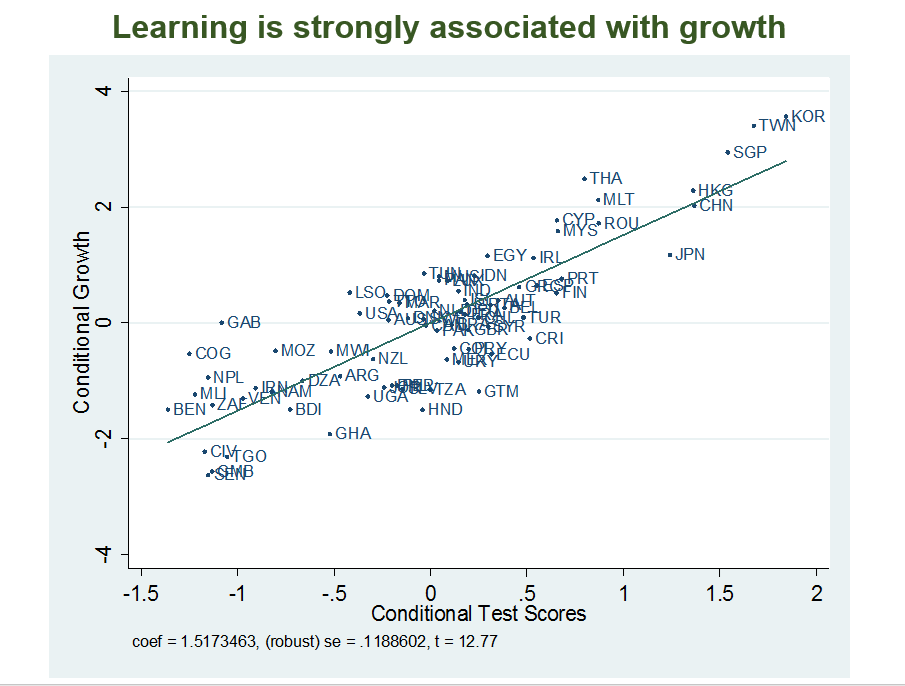 Our analysis of the data provides an in-depth look at just how extensive the learning crisis really is. Learning outcomes in developing countries are often clustered at the bottom of a global scale. The more comprehensive data shows that less than 50 percent of students from developing countries reach the global minimum threshold of proficiency, compared to 86 percent in developed countries. In other words, only half the students in developing countries are achieving the basic skills (reading, writing, counting) needed to perform in the labor market. Surprisingly, we also find that gender gaps are relatively small and vary significantly by region.

Connecting the dots - applications for new dataset
Longitudinal data has also provided the opportunity to better understand when learning takes place and how long it takes to transform a system—  offering researchers the chance to investigate reasons behind the success or failure of individual policy changes.

For example, in Finland, progress occurred most rapidly during the 1980s and 1990s, potentially due to the comprehensive school reform of 1972-1977 that abolished the two-track school system. This is an important data point because it underscores the importance of examining longer historical trends, and not just the results from more recent PISA exams, to better understand the full story behind the Finnish transformation. It also provides an important reminder of how long it takes to reform and transform education systems. 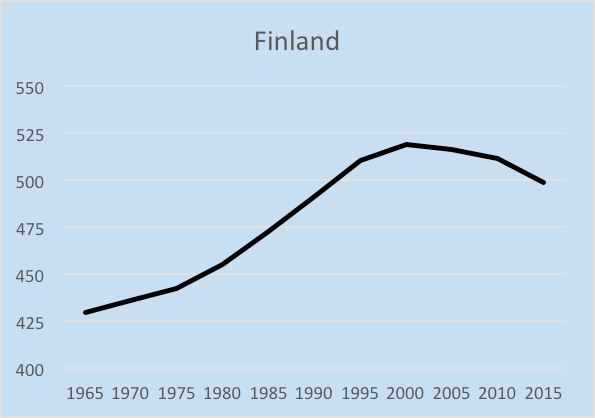 With the new expanded dataset, we can also observe the results of successful and not-so-successful education policy reforms in other countries. One of the most rapid improvements in international achievement tests comes from Hong Kong SAR, China. If compared post-1990, when ISATs (International Students Admissions Test) became available, it is clear that Hong Kong and Thailand diverged. However, using our data, which links learning data over time, a clearer picture emerges: We see that they had similar levels of education quality and trends between 1980 and1985, but that their educational outcomes diverged soon after. Indeed, our longitudinal data reveals the exact point of divergence, which provides important insight into understanding successful reforms in Hong Kong, and in contrast, two decades of unsuccessful reforms in Thailand. 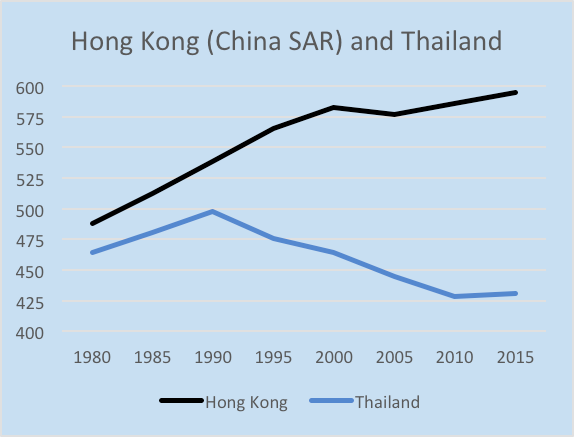 Indeed, the availability of such comprehensive data over a long stretch of time allows us to better analyze and understand the nuances behind varying stories of educational success and failures.

Investing in people through education and other forms of human capital is essential for development. This dataset—in both its current and future form (we plan to extend it to more countries)— will enable a deeper understanding of the mechanisms driving human capital formation and the link to development. Ultimately, it has the potential to facilitate a more productive and well-informed policy dialogue to help us better tackle the learning crisis.

Adviser, Office of the Chief Economist for Europe and Central Asia Associate Professor of Economics in University of Lorraine (France).