What happens when all textbooks are (only) digital? Ask the Koreans! 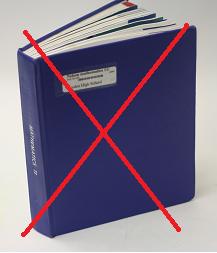 A few years ago, a World Bank study highlighted the fact that there simply aren't enough textbooks for most students in Africa, and what is available is too expensive.  In response to this reality, some people at the World Bank have been exploring various options for addressing the 'textbook gap', including initiatives investigating the potential cost-effectiveness of 'e-books' for African students.

At the other end of the spectrum from the situation that exists in schools in many low- and middle-income countries in Africa, students in one East Asian nation may soon not have access to textbooks either -- at least the old fashioned, printed kind.

This blog periodically checks in with what is happening in Uruguay, as one way to help explore answers to the question, What happens when *all* children and teachers have their own laptops? In this small South American country -- the first in the world to provide free laptops to all students -- there is increasing interest in providing digital eductional resources to students as part of the Plan Ceibal project, but there has been no talk (to my knowledge) of getting rid of paper-bound textbooks altogether.  For that you would have to go to Korea, where the government recently announced that, by in 2015, all Korean textbooks will have been converted to 'digital' offerings.

The World Bank enjoys a very productive partnership with the government of Korea promoting knowledge exchange and applied research on educational technology topics.  The highest profile example of this cooperation is probably the Global Symposium on ICT Use in Education, which takes place each year in November in Seoul.  I expect that this year's symposium will feature lots of questions from policymakers around the world about the bold decision in Korea to have all textbooks 'go digital' in a few short years.

The promise of digital textbooks (sometimes called 'smart textbooks' -- reasonable people disagree on what exactly 'smart' means in this context) has been discussed and explored for quite awhile, of course.  I find that Alan Kay's influential work is well known among researchers in Korea who focus on educational technologies, and so antecedents of the recent announcement from Seoul can probably be found as far back as the Dynabook concept he introduced in the late 1960s.  The educational CD-ROM boom in the late 1980s and 1990s in Europea and North America was heralded by many as ushering in a new wave of 'smart digital textbooks'.  And today, of course, there is certainly no shortage of digital education resources available on the Internet.

That said, in no other education system (that I know of) has there been serious talk about getting rid of paper textbooks entirely. Until now.

Details are still a little sketchy about what this will all look like in practice.  The Korean Education & Research  Information Service (KERIS) -- essentially the country's national ICT/education agency -- has been piloting a 'digital textbook' project for the past four years. Al Gore's "Our Choice", a digital book distributed as an iPad app that was previewed in a much-talked-about TED talk earlier this year, points to some of the potential in the near future for what 'digital textbooks' may be capable of.  While this is still many generations removed from the type of truly 'interactive' book imagined by science fiction writers (like Neal Stepheson famously did in The Diamond Age), the future may be closer than we think -- at least for students in Korea.

What a Korean classroom will look like after the new policy is now a matter of increasing speculation and interest in many quarters.  Will digital textbooks simply 'replace' existing textbooks, providing 'jazzier' educational content, but be utilized by students and teachers in much the same way as paper-bound textbooks were in the past?  Or will this be part of a more fundamental transformation in the way teaching and learning occurs?  These are big questions for which there are no clear answers yet.  Widescale introductions of ICTs in education systems are often meant to be spurs to transformation of existing practices -- although in the end, they often end up being used as part of, and thus largely reinforcing, 'traditional' activities and approaches.

This trend towards textbook digitization isn't only restricted to Korea, of course.  (At the recent ISTE conference in the United States, for example, at least one major educational publisher announced its first 'digital only' textbook. )  But Korea is on the verge of going further than any other country has in this regard.

This movement will no doubt be a boon to creators of digital content in Korea, and to the (Korean?) manufacturers of devices on which such content is viewed / used / shared / created. Once entirely digitized, educational courseware in popular topics such as 'Korean maths', which is gaining in recognition in many other education systems, due in no small part to publicity around the high scores of Korean students on international standardized tests, may well be more easily adapted and 'exported' for use in other countries -- potentially opening up new markets for Korean educational publishers.

One thing that is sure is that there will be many unintended (and unforeseen) consequences -- there almost always are when new technologies permeate an organization or  society.  No doubt early many early commenters will be drawn to potential negative consequences, like potential issues related to privacy

Student: I read that chapter after dinner yesterday but forgot what it was about.
Teacher: Are you sure?  From my admin screen here, I see that you did not access your digital textbook at all last night!

A headline no one wants to see: "Hackers remotely erase student textbooks".

While 'going all digital' might be a welcome development for Korean industry, what will the impact be on learning? Given that Korea already scores at or near the top of most comparative international assessments, its path to 'improvement' may not be as clearly defined as it is for policymakers in countries whose students score lower on such tests that those in Korea (or in other high performing systems, like those in Shanghai and Singapore). There is a big difference between having most textbooks available digitally and having them all available in electronic formats exclusively. From a global standpoint, will Korea enjoy a first mover advantage because of its choice to go 'all digital', and if so, what might this mean for Korean students, Korean companies, Korean schools, and, more broadly, for Korean society? Or will this bold decision saddle the Korean education system with additional (very large) costs that will inhibit its ability to innovate?

Few would dispute that, in the long run, most of the educational materials used by students around the world will be presented in digital formats.  Of course, 'the long run' might well be very long indeed for many countries around the world.  That said, policymakers considering ambitious plans to roll out educational technologies and digital learning resources in ever greater numbers in their country may do well to watch what is happening in Korea closely, both to learn about what 'works' -- and what doesn't.

Note: The image used at the top of this blog post ('banned in Busan?') is adapted from one that comes from Ali Moore (Dhscommtech) via Wikimedia Commons, used according to the terms of its Creative Commons Attribution-Share Alike 3.0 Unported license.

i am very impressed with the Korean's taking the bull by the horn, i would not faze out the use of print though because innovations like this take time to sink then again you never can say, i am presently working on something similar in my country and I believe this is the way to get information on the go to society in general.

A lot of people find this a very worthwhile means to finally put textbooks in the hands of African students. But can they be procured on a large scale?

Given the very poor record of governance that textbook procurement has(despite efforts), one shudders to think what will happen when e-readers are to be procured for all students rather than just small pilots.

On this issue, it's not the Koreans who need to be asked,it's the Liberians, Malians, Burkinabes, etc. In many African countries textbooks are scarce, expensive, and stolen from public schools to be sold to the private sector. (What a PPP !) Imagine what will happen to e-readers that have much more utility for the public.

Hopefully the Bank-supported pilots will turn out to be good. But some other studies have shown that given a choice, most higher education students would not choose them. So before going too much further, it's useful to consult with procurement specialists about the viability of this medium.

I agree with Helen. Let's be a little more cautious. For the reasons she mentions but also because of the possibility we might just have web based books (no need for a reader - just a browser) and also for the Korean govts past overpromotion of initiatives that never bear fruit. (I'm kind of an insider there, having spent the last 6 years in public ed and teacher training in Seoul).

I would also question why the need for "techbooks" at all? Why not just online learning - with mentors and all material/text/learning in a browser. I think that is the smart way and the one which will win out. Pull out your ipad and get learning. You pay for access not the knowledge.

Thanks for an interesting blogpost, Mike.

I agree with you that at present, Korean industry probably has the biggest smiles on their faces. I have to admit that this sounds like a bold move. There are obviously some pitfalls along the way. What are the consequences when you transfer reading from book to pad or screen? Will this initiative affect learning strategies - and how? What will the reactions of the learners be?

I do hope that the Koreans will have proper M&E-activities along with this initiative. This will be a very interesting case to follow for the rest of us.

Wow! I am amazed and impressed to see that Korea is making strides to be cutting edge in terms of educational access for the students of their nation. Online textbooks allow for students to access invaluable educational materials anywhere in which they have internet connections. As we move forward into the future, developed nations will have few areas where students are unable to access the web. This means through the use of one lap-top computer, a home computer, a computer at a local library, students can readily access the materials that they are in need of to learn. As a teacher in a public cyber school for grades K-12, I can attest to the fact that having materials readily available for student use is invaluable. It allows for more opportunities to stay organized as well as to work on academics in unconventional ways. This type of movement towards the digital era continues to grow and progress. Congratulations to Korea for helping their students remain on top of the game.