Next steps for Uruguay's Plan Ceibal

Few projects to introduce ICTs at scale across an entire education system have received as much global attention as that of Plan Ceibal in Uruguay, which has (among other things) provided free laptop computers to all public school students.

Anticipating that some of the lessons learned in Uruguay may be relevant to scores of other countries (developing and developed alike) in the years to come, we at the World Bank have been keenly following related developments in this small South American nation over the past half-decade. In additional to maintaining the typical sorts of on-going dialogues we have with countries around the world on education issues, last year the World Bank sponsored a study tour for policymakers from Armenia and Russia to visit Uruguay and see with their own eyes what has been going on, and to talk directly with some of the people who have helped make it all happen. We also helped coordinate an online 'ideas festival' to help connect educators across Latin America to share lessons about 1-to-1 computing initiatives, with a special focus on Uruguay. A presentation on Plan Ceibal by the president of the initiative, Miguel Brechner, at one of the previous global symposia on ICT use in education that the World Bank co-sponsors each year with the Korean Ministry of Education and KERIS each year in Seoul, remains one of the highest rated sessions in the six year history of that event.

That said, there has not been a terrific amount of information available in English about the project for global audiences. Those handy with online translation tools can perhaps make their way around the information-rich Plan Ceibal site (and may stumble across the occasional report in English, like this one [pdf] summarizing official results from the first national monitoring and evaluation exercise). Dedicated readers of the EduTech blog, as well as sites like the independent OLPCnews.com web site, will probably have read some of periodic posts looking at various aspects of the Ceibal program. YouTube fans may have come across some of the related subtitled videos available on that popular site (like this one), many of them on the dedicated Canal Ceibal channel, or of presentations by Miguel Brechner at events like WISE 2012 or ALT-C.

Such information sources, while certainly useful, are by their very nature backward looking.  A fascinating new report commissioned and recently released by Plan Ceibal aims to help chart the way forward for the project. Ceibal: Next Steps [pdf], written by Michael Fullan, Nancy Watson and Stephen Anderson, provides very useful short summaries of the first two phases of pioneering Uruguayan initiative before offering four concrete recommendations to help guide the project as it enters its 'third phase' of activity, which Fullan and company have labeled "focused implementation".

This report is highly recommended for people with an interest in learning more about the Ceibal project, as well as for those wondering about potential examples of what might most usefully come 'after' the initial period rolling out and supporting hardware and software infrastructure that defines most large scale 'big bang' attempts to introduce ICTs across an education system.

Considering potential 'next steps' for Uruguay may help shed some light on emerging issues and options potentially relevant to other countries. This may be especially true for middle and low income countries which, while perhaps currently not as far along in the process in rolling out ICTs and connectivity as Uruguay is, would do well to consider what they may want to do after they have declared their initial large scale roll-outs of hardware, software, digital content and initial teacher training to be a 'success' -- and are then faced with the more difficult ongoing challenges of utilizing these investments to help bring about more fundamental and long-lasting changes to teaching and learning practices inside and outside of schools.

Those familiar will Fullan's work will perhaps not be too surprised to see that he and his colleagues have examined Ceibal through frameworks that he has written about in some of his previously published materials, informed by his work in the Canadian province of Ontario (if you are looking to quickly acquaint yourself with related background materials, you may wish to have a look at this white paper [pdf] he did for ITL Research and this short video, as well as a 15-minute interview and companion review of one of his recent books).

Next Steps attempts to "explore Ceibal and its role in Uruguayan education from the perspective of whole system reform and what is known about educational change".

The paper begins by noting that

Uruguay is not alone in facing the “whole system” challenge. As countries around the world grapple with the need to better prepare students for the challenges of globalization and what has been termed “21st Century Skills,” education leaders and policy makers have increasingly focused on how to raise the caliber of teaching and learning, not just in a few schools but across entire systems. Fullan argues that a limited focus on low‐performing schools or on new schools that will start afresh will not address challenges of scale – what is needed are policies and strategies that focus on the culture of teaching and leadership. The aim must be to develop the entire teaching profession and to do so by leveraging the power of groups of teachers and administrators focusing on student learning. In such a context, applying lessons from decades of studying educational change, school systems can improve dramatically, whatever their starting points.

The paper later goes on to state that

adding technology to the “whole system reform” mix, Fullan [...] argues for the power of bringing together advances in pedagogy (how we learn), in technology (especially around engagement), and in change knowledge (especially around making change easier and more widespread). Although he acknowledges that the big educational advances in integrating technology and pedagogy are still to be developed he makes a case for exploring how “technology, well used, can help us race rapidly to a future that humankind wants and will find fulfilling”.

(Please note that, for the sake of readability, I removed many parenthetical references to Fullan's own work from the short excerpts above; those interested in such things are directed to read the actual report.)

The report quickly, and quite usefully, summarizes both the Uruguayan school system (which has some interesting characteristics and quirks that may surprise many educational policymakers in other countries) and the first two phases of Plan Ceibal, which it labels "a matter of access" and "adding support elements". This section represents perhaps the best short primer (a dozen pages or so) from an outsider on what Ceibal has done to date.

Taking stock of these first two stages of activity under Ceibal, the report finds that "these have been appropriate startup actions to set the stage for further development" and then goes on to note that the "next phase is the hardest one because it involves ‘quality implementation’." [emphasis added]

The report concludes by offering four targeted and related recommendations for Plan Ceibal going forward. In the interest of space, I won't attempt to summarize and comment on all four of them here, and will instead only focus on the first recommendation:

Successful systems, especially those at the beginning
of an improvement cycle focus on a small number of key goals and ours and pursue them relentlessly. We recommend three:

i) Literacy (both Spanish and English)
ii) Mathematics
iii) Reduction of repetition of grades especially in grades 6, 7 and 8 with the goal of increasing high school graduation rates.

It will be necessary to sort out Ceibal’s role in each of these priorities. In the first two Ceibal could be a lead partner, while in the third goal — reducing repetition — they may play more of a support role to authorities.

Focusing on the three priorities does not mean that there are no other educational goals that are valued just that these three are elevated as core priorities. These particular three are valuable because they are turnkeys to educational success in other domains of schooling.

In my experience, few documents of this sort (i.e. those featuring strategic recommendations to the leaders of large scale educational technology initiatives) that I have come across in countries where the World Bank is active begin by explicitly considering the role of the initiative itself within the larger goals of the education system of which it is a part. (This is perhaps an unfortunate, and regrettable comment to make, but I find it to be true, in most cases.) It is refreshing to see such analysis here. Why is it that so few large-scale educational technology inititives introduced with rhetoric about the 'transformational' potential for a country's education system are explicitly utilized by policymakers as strategic levers to help effect systemic change? That is perhaps a question for a later blog post ...

Next Steps concludes in part by recommending that

Ceibal should continue to be a catalyst for change -- seeding innovation, helping to provide focus for improvement across the system, generating collaboration and energy for system stakeholders to take action. And the system itself should increase its role, as we have recommended, as a strong partner in leading system improvement.

People looking for insight on just how an educational technology initiative can be a catalyst for change within an education system could do worse than to read this report. 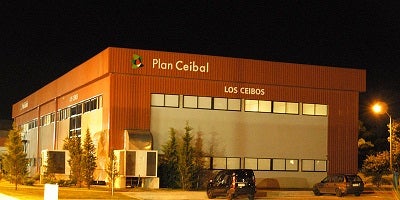 Some previous EduTech posts that might be of interest:
[-] Uruguay's Plan Ceibal: The world's most ambitious roll-out of educational technologies?
[-] What's next for Plan Ceibal in Uruguay?
[-] How do you evaluate a plan like Ceibal?
[-] What happens when *all* children and teachers have their own laptops

I tried -- and failed -- to figure out a way to integrate themes from this recent New York Times article into the blog post above, but some of you might find it interesting nevertheless: Pastoral Uruguay Yields a Crop of Digital Yetis and Adventures.


Note: The three images used in this blog post all come via Wikimedia Commons and are used according to the terms of their Creative Commons Attribution-Share Alike 3.0 Unported licenses. The image at the beginning of the post of an Uruguayan classroom ("looking ahead") is from Cecilia de la Paz. The montage in the middle of the blog post of laptop use in a school in the town of Cardal ("many perspectives on Plan Ceibal") is from Fernando da Rosa Fedaro.  The final image of Plan Ceibal headquarters comes from Wikipedian NaBUru38.

I take my hat off without a moment's hesitation, to whoever it was who had the wisdom to involve someone with Michael Fullan's breadth of educational grasp in what remains essentially a narrow, technology dependent initiative.