Surveying ICT use in education in five Arab States 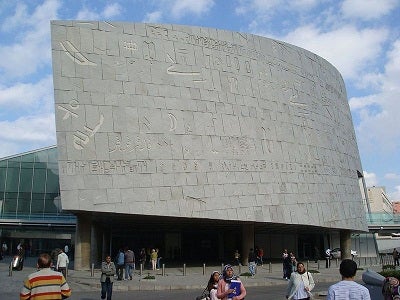 When I was back in school, and long before I had come across names like Wilbur Schramm or Manuel Castells, I remember learning about the power of new information  and communication technologies to help change societies. Even from the (perhaps rather limited) perspective of someone growing up in a prairie state in the American Midwest, whether it was the role of pamphlets in the American Revolution or the more contemporary examples of audiocassettes in the Iranian revolution or photocopiers helping to spread samizdat culture and messages in the countries of the former Soviet Bloc, it was clear that the emergence, adaptation and innovative uses of new 'ICTs' could help committed groups of people upend the existing status quo.

(Whether such 'upending' is a good thing or not depends, I guess, on your perspective, and the specific circumstances and context. Flip through the pages of UNESCO's Community radio handbook, for example, and you may well be inspired, but read a recent paper from a researcher at Harvard about the role of RTLM radio in the Rwandan genocide and you will be chilled to the bone. Technology is a magnifier of human intent and capacity, as my friend Kentaro Toyama likes to say.)

More recently, the events of the 'Arab Spring' have been popularly attributed, in part, to the use of new ICTs and ICT tools like Twitter and SMS. Whether or not one agrees with this attribution (and about this there is much scholarly debate), there is no denying that rhetoric around 'ICTs' and the Arab Spring has increasingly marked and colored discussions about the use of educational technologies in many Arab countries. In announcing a recent report documenting technology use in education in the region, for example, the UNESCO Institute for Statistics (UIS) begins by noting that, "Against the backdrop of the Arab Spring, arguably the most significant ICT-assisted “learning” phenomena of the recent past, data from five countries provide a snapshot of ICT integration in education." It continues:

"Great strides have been made in the last decade to harness the power of Information and Communication Technologies (ICT) to help meet many development challenges, including those related to education. However, evidence shows that some countries in the Arab States continue to lag behind in fully implementing ICT in their education systems.

According to a UIS data analysis, which was based on a data collection process sponsored and conducted by the UNESCO Communication and Information Sector and the Talal Abu-Ghazaleh Organization (TAG-Org), policies for the implementation and use of ICT in primary and secondary education systems have not necessarily translated into practice. This is revealed in the newly released data from five participating countries."

Results from this data analysis were recently published by UIS in Information and Communication Technology (ICT) in Education in Five Arab States: A comparative analysis of ICT integration and e-readiness in schools in Egypt, Jordan, Oman, Palestine and Qatar [pdf], one part of a larger multinational effort to collect and analyze basic data related to ICT use in education around the world (results from a similar exercise in Latin America, also led by UIS, were featured on the EduTech blog last week; recent posts have also looked at related sorts of efforts in Europe and Central and West Asia).

Outside the region, the particular (and noteworthy) case of Jordan is probably be the best known. Indeed, the Jordan Education Initiative was for many years one of the leading examples cited of a country that 'got it' related to planning for the use of ICTs in education, and the Jordanian experience has been perhaps the best documented of any developing country's for an international audience. Last year the Ministry of Education published a report on ICT Use and Diffusion in Schools in Jordan [pdf]. The World Bank has published a related case study (and has featured the Jordan experience as part of its knowledge sharing with other countries on ICT/education topics), USAID supported a very informative evaluation (by EDC and RTI), and UNESCO featured Jordan (as chapter five) in its flagship report on ICT policies in education. The World Economic Forum helped support a widely ready study by McKinsey on Building Effective Public-Private Partnerships: Lessons Learnt from the Jordan Education Initiative [pdf] which, among other things, informed the creation of the Palestine Education Initiative [pdf] and a similar project in Egypt (a country profiled in infoDev's Survey of ICT and education in Africa.)

Generally speaking, Information and Communication Technology (ICT) in Education in Five Arab States documents that, while basic levels of access to technology in schools vary (sometimes widely) across this set of countries, policies have for the most part not necessarily translated into practice. Here are some highlights from the report:

1. Policy
All five of the countries surveyed have formally developed policies related to the implementation and usage of ICTs in the primary and secondary education systems. "Data show that all five countries possess ... formal commitments to ICT in education at primary, lower secondary and upper secondary levels of education. In other words, not only have each of these countries written a policy and plan for the integration of ICT into education, but these countries have also created regulatory provisions and regulatory institutions (or bodies) to ensure that ICT-assisted educational reform takes place and advancement toward established objectives is monitored and evaluated." Qatar, Oman (here's a PDF version of the national policy) and Jordan all have specific curricula and/or specific related objectives related to ICT literacy at the primary, lower secondary and upper secondary levels. Oman's ICT/education policies are notable for the extent to which ICT use is considered.

2. Basic infrastructure
The learner-to-computer ratio (LCR) can be a useful proxy for the level of access to ICTs in an education system. Among this set of countries, Egypt is the outlier, with an LCR at the primary school level of 120:1 and at the secondary level of 25:1 (with this figures jumping to 441:1 and 94:1 respectively when we are talking about the ratio of learners to computers connected to the Internet, or LCCIR). Not surprisingly Qatar -- known to many in the international education community as the home of the annual WISE event -- boasts the lowest ratios, with an LCCIR of 5 at the lower secondary level, with Jordan and Oman not far behind, and the West Bank closer to this group than to Egypt. Generally speaking, a slightly higher percentage of computers are dedicated for pedagogical (as opposed to administrative) purposes in government schools than in private institutions across all countries, with the notable exception of the situation in the West Bank, where all computers are meant to be allocated for pedagogical purposes (a rate twice that for schools in the public sector). Just over 50% of schools in the two Gulf states reported having broadband connections to the Internet, in contrast to a third of schools in the West Bank. (No broadband data were reported for either Jordan or Egypt.)

3. Gender
Gender differences in the use of ICTs in education are not reported to be very large, and in fact seem to very slightly show more access to and use of ICTs by girls. That said, the authors are quick to point out that the data reveal little about the intensity or methods of use of ICTs by gender, and that, generally speaking, household data from around the world show that "boys are more likely than girls to use the Internet at home, work and informal settings in both developed and developing countries; therefore data [...] need to be understood within the broader education and societal contexts."

4. Teacher preparedness for using ICTs
According to this report, a "minority of teachers are prepared to teach basic computer skills or computing" across the five states, with Jordan reporting by far the highest rates in this regard. As for teachers trained to teach non-ICT subjects using ICTs, the West Bank and Oman lead the way.


These are just some of the quick highlights. For more information, you are of course directed to the full report [pdf]. For people who are interested in such things, UIS expects to release the source data on its web site at some point in the coming months. 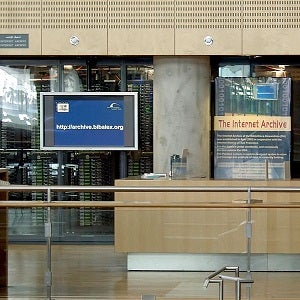 As with the other regional surveys profiled on this blog over the past month, it is hoped that work such as this will help strengthen the capacities of groups to collect data related to ICT use in education going forward in ways that are reliable and globally comparable, and UIS and its partners expect that this specific publication will help to catalyze a wider, and more in depth, survey of ICT use in education across the region. Working with UIS, UNESCO, KERIS, the IDB and other like-minded organizations around the world, the World Bank (through its SABER-ICT initiative) is working to help improve the availability of policy-related data, information, and knowledge on what matters most in using ICTs to improve the quality of education. While we are not there yet, Information and Communication Technology (ICT) in Education in Five Arab States represents one more step in the right direction.


This is the fourth and final blog post in a series looking at recent regional surveys of ICT use in education in different parts of the world. A page dedicated to international surveys of ICT use in education has been created on the World Bank ICT and education web site to provide useful pointers to some of the key related documents and initiatives. This post was timed to appear on World Information Society Day. Occurring on 17 May each year -- the anniversary of the signing of the first International Telegraph Convention in 1865 -- as the result of a United Nations General Assembly resolution, World Information Society Day seeks to raise global awareness of societal changes brought about by the Internet and new technologies.


Note: The image that appears at the top of this blog post of the New Library of Alexandria ("revisiting the past while looking to the future") comes via Wikimedia Commons and is in the public domain. The image near the bottom of the blog post of the mirrored copy of the Internet Archive housed within the New Library of Alexandria ("what's new is old at the Biblioteca Alexandrina") is (c) Raymond Spekking / CC-BY-SA-3.0 (via Wikimedia Commons).