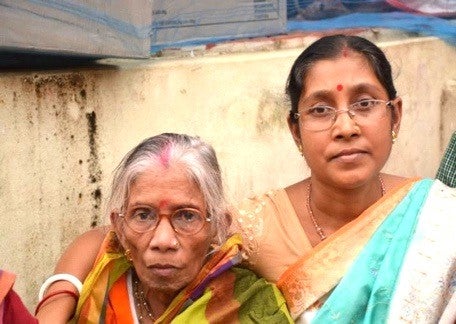 In remote border regions in Bangladesh and India, a government-to-government initiative is changing cross border relations, shifting the focus from smuggling and skirmishes to mutual economic gains and building a coalition for peace and cooperation.

In 2011, Bangladesh and India flagged off the first of their border haats, representing an attempt to recapture once thriving economic and cultural relationships that had been truncated by the creation of national borders.
Border Haats are local markets along the Indo-Bangladesh border that stretches 4100 Kms and runs through densely populated regions.

Conceived as Confidence Building Measures between India and Bangladesh, 4 Border Haats were set up between 2011 and 2015.

Initially only local produce was permitted for trade. But subsequently, the range of items has been broadened to include goods of household consumption.

Bringing the People of Bangladesh and India Together Through Border Markets
Overall, border Haats have been strongly welcomed by participants. The positive experience of border haats has prompted both the governments to flag-off six more Border Haats: two in Tripura and four in Meghalaya. More Haats mean more trade, more people to people connect and more trust, one leading to another. This will go a long way in linking marginalized border communities to more mainstreamed trade and development.


But border haats are not only about trade.

The total trade at each haat as estimated by the state governments is at $600,000 (Rs 4 crore or Rs 40 million) a year.
Even if the purchase limit at the haats were doubled, the number of days of operation raised to two days a week, and many more haats, say 50, were established along the border, these markets could generate total trade of $120 million (Rs 800 crore or Rs 8 billion) a year, which would still only be slightly more than 1 percent of the total formal trade between Bangladesh and India.

As the new World Bank report: A Glass Half Full – the Promise of Regional Trade in South Asia shows, the relatively small amount of trade has improved cross border relations and is having a positive welfare impact on the communities in the areas near the border markets.

A. Border Haats are boosting the local economy, creating opportunities for haat participants by:

“The haat gives us an extra source of income, which is very welcomed given our generally impoverished condition” —Linda Marak, village head and sole woman vendor at Kalaichar haat, Meghalaya, India

Visibility of women in cross border trade is challenging the status quo of traditionally male dominated trade. “Women in Bangladesh are no less competent than men, and it is time that they get the highest encouragement and support not only from the government, but also from their families to get involved in business.” —Sole woman vendor, Baliamari haat, Kurigram, Bangladesh

Border haats play a role in fostering women’s entrepreneurship, though participation is determined by the sociocultural context.

Social mixing is a large part of what the haats offer. Women and children gather for picnics and visits, and hawkers sell food items for immediate consumption.
Most important: Border haats have helped build trust and people to people contact. Haats have not only created new bonds and friendships among people residing across the border, but also rejuvenated old family ties that were temporarily disconnected by political barriers.