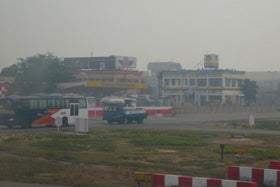 The World Health Organization’s recent Global Burden of Disease (GBD) Assessment estimates that outdoor air pollution causes 620,000 premature deaths per year in India, a six fold increase since 2000. The main causes are growing emissions of particulate emissions (PM10) from transport and power plants. GBD in this analysis has ranked air pollution as the sixth most dangerous killer in South Asia and fifth leading cause of deaths in India.

Also, according to the WHO, across the G-20 economies, 13 of the 20 most polluted cities are in India and over 50% of the sites studied across India had critical levels of PM10 pollution. A recent rapid survey by Delhi based Center for Science and Environment revealed that almost 75% of respondents considered air pollution as a major cause of concern and as responsible for respiratory illnesses.

While these findings are indeed worrisome, WHO analysis does not put an economic cost to its estimates which could indeed be huge. We did a similar analysis as a part of our recent study “An Analysis of Physical and Monetary Losses of Environmental Health and Natural Resources in India.” The study estimated the total cost of environmental degradation in India at about Rs. 3.75 trillion (US$80 billion) annually, equivalent to 5.7 percent of GDP in 2009. Of this total, outdoor air pollution accounts for the highest share at 1.7 percent followed by the cost of indoor air pollution at 1.3 percent. Our study only looked only at cities with a population of 100,000.

Both these estimates basically are a reflection the ground realities. In most Indian cities the ambient particulate emissions exceed, sometimes dramatically, the current national standard of 60μm / m3. Average annual concentration in Delhi for example is about 120 μg / m3, as against a residential National Standard of 60 μg / m3 and WHO guideline of 20 μg / m3.

In recognition of the problem, the Government of India (GoI) in 2009 revised its national ambient air quality standards by bringing six new pollutants under regulation, tightening the acceptable ambient concentration for other pollutants, and eliminated the distinction between industrial and residential areas. As a result, many urban areas—which may have been out of compliance even with the older norms—must significantly cut emissions to move towards the more stringent, uniform standards now in place. Further in its XIIth Five Year Plan, the government has set the goal of implementing its new national air quality standards in all urban areas by 2017.

This definitely looks like a tall order under current circumstances. Especially, if it not backed by a comprehensive regulatory framework, implementation plan, instruments and enforcement mechanisms. To meet the ambition and goals set in the XIIth plan, there is need for taking immediate action in a number of areas. This could include:

• Preparation of city level action plans in line with the targets to be achieve backed by a regulatory and enforcement framework and instruments. GoI is already piloting emission trading scheme for particulate emission 3 states and this could be extended to cities where pollution threshold is far above the threshold.

• Enhancement of technology and efficiency standards for automobiles

• Finally, account for health cost in decision making. Internationally accepted research findings on the health implications of environmental parameters should become the basis for the environmental standards setting.