Kafala neither guarantees nor cares: guest workers in the Gulf 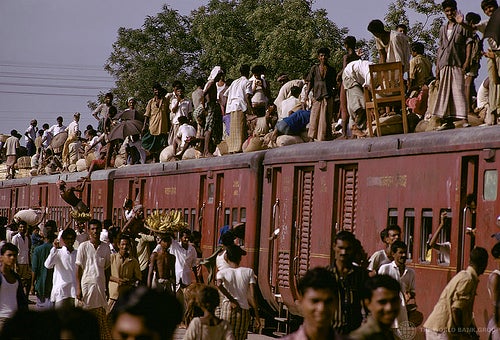 Guest workers have played an integral role in the Gulf since the 1970s where the demographic changes accompanying these labor flows occurred at an extraordinarily rapid pace. The region’s aggregate population has increased more than tenfold in a little over half a century, but in no other region of the world do citizens comprise such a small proportion of the population. While this ‘demographic imbalance’ makes the Gulf unique, what differentiates it is not its economic and demographic expansion through migration but the degree to which the region’s governments have excluded foreign workers from being integrated into the national polity. This exclusion of foreign workers is a result of a conscious policy.

Labor migration to Gulf Cooperation Council (GCC) countries are mostly governed under a sponsorship system known as Kafala.  Migrant workers require a national sponsor (called Kafeel) and are only allowed to work for the visa sponsoring firm. The workers must obtain a no-objection certificate from the sponsor to resign and have to leave the country upon termination of the usual 2 to 3 years’ contract before being allowed to commence a new contract under a new sponsor. Tied to the sponsor, the migrants become immobile within the internal labor market for the duration of the contract. Consequently the sponsors benefit from non-competitive environments where they extract substantial economic rents from migrant workers at the expense of inducing significant inefficiencies in production.

The Kafeels pay workers an income above the wage in their country of origin and obtain economic rents equal to the difference between such earnings and the net marginal return from employing the migrant worker. Migrant workers are paid the initial nominal wage throughout the entire contractual period. They are even made to accept lower wages than contracted initially. Immobilized by labor restrictions, workers cannot command a higher wage even when there is demand for their services by rival firms willing to hire them in order to avoid the cost of hiring from abroad.  Kafeels have also found other ways of extracting rents in recent decades by indulging in visa trading.  They allow their names to be used to sponsor foreign workers in exchange for monetary gains.

Arguably, rents per-se should not directly create adverse effects because they are essentially redistributive transfers. Earnings paid to migrants are sufficient to motivate them to migrate. The migrants do not leave. But this view is over-simplistic. The combination of short contracts, flat wages, and lack of internal mobility kills the incentives for migrant workers to exercise higher effort levels in production and engage in activities that enhance their human capital.  Any productivity gain would go to the sponsor in the form of rents. The system provides incentives to entrepreneurs to concentrate on low-skills, labor-intensive activities where the extraction of economic rents is easier. Such sponsor-worker behavior explains for instance why despite the massive investments in Dubai, the economy-wide efficiency levels (average labor productivity) have not improved in the last two decades while in Hong Kong, they doubled and in Singapore quadrupled.

While most research on Kafala do not formally evaluate its impact on efficiency or industrial development, a relatively recent paper  by Raimundo Soto and Rosalía Vásquez Alvarez (November 2011) takes advantage of the differences in business environment between  firms under the Kafala and those exempt in free zones to study technical inefficiency at the plant level. They find that firms operating under the Kafala display “substantially and statistically higher technical inefficiency than those in free zones.” Considering all sectors, they estimate that the inefficiency levels of firms in Dubai amount to 6.6 percent of total costs and 11 percent of profits on average. Overall, their results suggest that the regulations embedded in the sponsorship system have a significant negative effect on the performance of firms.

These days as GCC economies diversify into new industries, the Kafala system is becoming a liability. Shifting to higher value-added industries would require moving away from low-cost, labor-intensive activities to high-skill based production methods in dynamic, capital-intensive industries. To attract such workers, the economy has to move away from the Kafala towards freer business environments. Such a move would bring about significant efficiency gains to host economies.

Most of the GCC countries have initiated reforms in recent years.  Bahrain has permitted the migrants to switch employers without the consent of the original sponsor and made retention of passports illegal. In 2011, the United Arab Emirates reformed their labor market system to allow any employer to renew a migrant's visa upon contract expiration without written permission from the initial employer. Saudi Arabia has passed a bill for the protection of foreign domestic workers.

Yet there is a long way to go. A global campaign is needed for reforming the system to eliminate among others the tying of workers with the employers, retention of passport, non-payment and undue deduction of salaries. One can only hope that the interests of locals in the emerging modern sectors in GCC economies who are incurring unnecessarily high labor costs by failing to attract skilled foreign workers will eventually win the battle for reforming the Kafala system.

Ironically, Kafala in classic Arabic has two distinct meanings: guarantee (Daman) and to take care of (Kafl). When applied to migrant workers in GCC countries, what it guarantees is bondage and what it takes care of is rents for the Kafeels at the expense of their own national interests and the welfare of migrant workers.