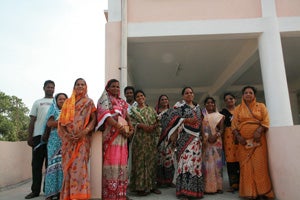 I have been visiting coastal Odisha for the past four years, earlier when we were preparing the National Cyclone Risk Mitigation Project (NCRMP) and subsequently during project implementation.

Every time the project team visited a village, the local community was always there to welcome us and talk about their experience during the 1999 cyclone, the community members they lost, the houses damaged, the devastation inflicted. This was an event that was firmly etched in their memories even 10 years later. Every site visit was followed by a small function wherein the local community mobilizing volunteers spoke about the preparedness work they were undertaking in collaboration with the Odisha State Disaster Management Authority (OSDMA) and local community organizations. Almost every single meeting ended in their spoken resolve “Never Again!”

I always wondered about these volunteer groups. The motivation levels were very high. But when the time came, would they be able to mobilize their communities and help evacuate them to safety?

Cyclone Phailin struck the coast of Odisha around Gopalpur on October 12. This category 4 cyclone, the size of Hurricane Katrina, bore down at wind speeds of over 200 km/hour. What havoc this cyclone would cause was anybody’s guess. Once the cyclone had passed, the country found out that only 38 people had died during the disaster event. This seemed almost miraculous. 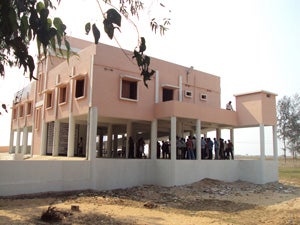 And yet, this was no miracle. This was an effort of epic proportions in making sure the horrors of 1999 would not be revisited. The Chief Minister of the State of Odisha had right at the onset declared that the entire state government was working to make sure there would be zero casualties. Close to a million people were evacuated. Evacuating a million people means, you need to know where you will be housing them or sending them to safer locations inland. These decisions are not taken ad-hoc. This requires years of contingency planning, setting up protocols and having clearly laid out roles for everyone to follow right down to the community volunteer levels. In this whole set-up the role of the Indian Meteorological Department cannot be understated. Their predictions and tracking of the cyclone was accurate. Their 72+ hour lead-time helped the State get those extra hours in making sure their plans could be executed.

The state over the past decade has been investing in building cyclone shelters and strengthening other coastal infrastructure. The World Bank following the 1999 cyclone had supported the construction of some cyclone shelters. In 2010, NCRMP, the first “ex-ante”: purely focusing on disaster risk reduction, project was launched. Under NCRMP an additional 285 cyclone shelters are being built (150 in Odisha and 135 in Andhra Pradesh), more than 1000 kilometers of evacuation roads and 23 bridges to enhance connectivity and evacuations are being constructed, around 200 km of existing coastal/saline embankments are being strengthened and a new early warning system that will help disseminate warnings down to the “last-mile” community level is being set-up in Odisha and Andhra Pradesh. Cyclone shelters under the project are being constructed as multi-purpose buildings to be used as schools or community centers during regular time to ensure that the building is in working condition when needed in an emergency period. Each shelter will also have a community shelter committee to manage the maintenance of the buildings.

Odisha and its coastal communities delivered on their resolve of “Never Again!” As part of the NCRMP project team we feel proud to be able to support and strengthen this resolve.