She Will See a Miracle Next Year 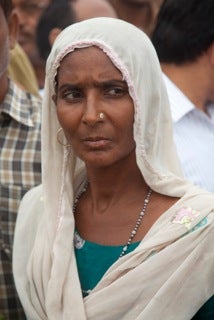 “They say this land will change next year”, Kallo said. We were standing on the edge of her barren land, just after a late monsoon down poor. Even when wet, I could see the land was useless, it looked very much like the sand dunes by the sea in my own country. Nothing grows on them except some long hard grass. Nobody could make a living off that land….

Kallo is a widow who also lost her elder brother and her son. She scrapes by on some manual labor she does, but her life is visibly tough, it shows in her face. She is not able to pay for school for her two children and struggles to make ends meet. “I do not know what it means, but they say the land will be better.” she insisted. “I will go to the meeting and get my registration card.”


From Lakhanwala Village, we went to a place only twenty minutes away. This place had looked the same only a year before, sodic land with nothing growing on it. It is a huge problem in Uttar Pradesh. With the support of the World Bank, the Government of UP has long been engaged in an ambitious program (Uttar Pradesh Sodic Lands Reclamation III Project) to turn around this problem. It is one of the most focused and at the same time most transformational projects I have seen.

The farmers in the other place, near Hursaina Village, had been like Kallo only a year ago. Like her now, they did go to the meeting and got their registration card. Through that, they learnt how to treat their land and got the material they needed to treat it, mainly gypsum. We now came to see the result: The land was covered in some of the lushest, greenest paddy fields I have seen. Now that their land was no longer barren, the farmers had organized themselves to get an irrigation pump and they had just planted their first crop. The transformation of the land had been so rapid, it is hard to believe: it was truly a miracle!

Kallo will be on her way to the meeting now, hoping that something good will happen to her land. I am not sure she feels confident about it yet, and who can blame her? Her life has been very tough. But she will get her registration card, and go through the steps listed on it. Hopefully she will complete all of them. If she does, she will see a miracle next year…… 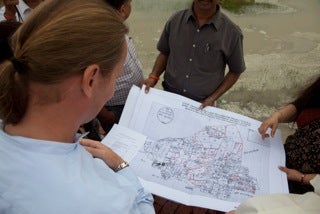 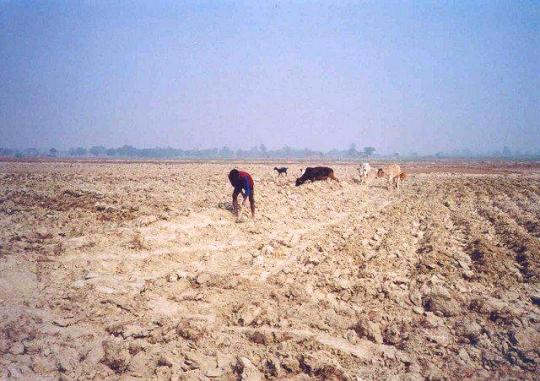 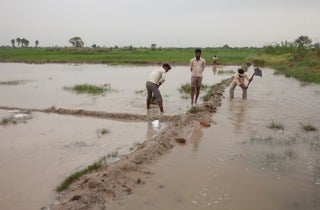 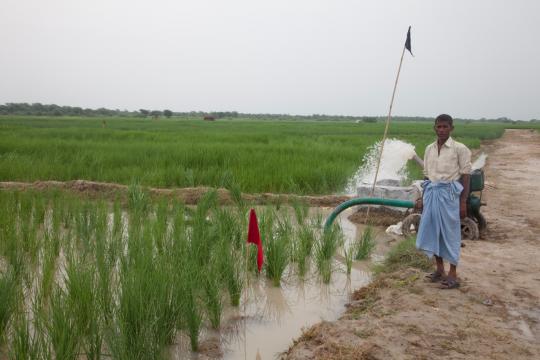 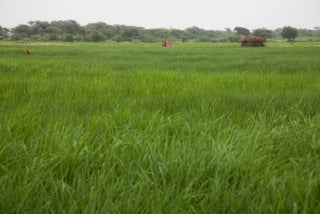 Yes, this is a miracle for the farmers in the region and we need all the landing available for farming. May I KNOW, how I can contribute.