Global poverty is expected to increase for the first time in over 20 years due to the COVID-19 pandemic. Up to 115 million people worldwide will fall into extreme poverty this year.

So, this particular “End Poverty Day” was marked not with celebration as in years past, but with reflection and recommitment. We can reflect on the achievements of this island nation over the past few decades. Indeed, Sri Lanka has carved out a special place in the region. Its economy has undergone important transformations. Sri Lanka ranks the highest in the South Asia Region in the World Bank Human Capital Index for the second time in a row.

In Sri Lanka, as in other countries, the loss of jobs and incomes incurred by the pandemic has been severe. While workers in almost every sector have been affected, informal workers who make up about 70 percent of the workforce, and especially those in the industries and low-end services such as trade, are likely to be the most affected. The apparel industry, which employs about half a million workers, has been reportedly forced to cut a significant number of jobs. Tourism, an emerging driver of jobs and growth in recent years, has taken a sizeable hit, just when it was recovering from the shock of the devastating April 2019 attacks.

As a result, poverty levels (measured by the World Bank’s $3.20 poverty line in 2011 Purchasing Power Parity terms) are expected to rise to 13 percent, up from 8.9 percent in 2019 . This implies that about 890,000 more people would become newly poor and many of them from the poorest regions in Sri Lanka. This is a significant setback that would imply a reversal of more than five years’ worth of progress in improving welfare.

The Government of Sri Lanka took swift action to enact measures to safeguard people’s health and counter their reversal of fortunes.  Now, moving forward, the focus is rightly on building back better and rebuilding people’s lives. The World Bank is a long-term partner to the people and Government of Sri Lanka. To help the country get back on the road to resilience, we are working closely with the government on three ways to reverse the rising tide of poverty brought on by the COVID-19 crisis.

Informal workers, about 70% of the workforce, and especially those in the industries and low-end services, are likely to be the most affected

First, by protecting the poor and vulnerable. The economic burden induced by the pandemic is not borne evenly and it is critical to protect the poorest and the most vulnerable from falling into greater hardships. This requires efforts to regularly monitor the impact of the crisis on firms and the labor market in order to support timely interventions. The World Bank is rolling out a phone-based monitoring survey in the South Asia region to track the crisis impact on jobs and earnings  that can inform its operational response to the crisis. As part of the crisis response, we are grateful for the opportunity to support the Government’s efforts to revisit its social safety net program and develop a long-term strategy for social protection. One critical success will be the creation of the central online portal, a “one-stop-shop” for all the country’s welfare programs, in order to better identify the needs of poorer households, reduce overlaps, eliminate leakages, and make it easier for the government to deliver rapid assistance to those in need.

Second, by investing in agriculture and food security. Agriculture has been a silver lining during the pandemic. Production has remained largely undisrupted, although lower demand for exported produce is likely to impact wages in some sectors. About 80 percent of Sri Lanka’s agricultural land is cultivated by smallholder farmers.  To raise their incomes, the World Bank is helping them to diversify into more commercially profitable crops, adopt new technologies, improve marketing, and adapt to climate change. This work also involves changing the mindsets of public sector institutions to recognize that their role is to create the necessary conditions and lay the groundwork for the private sector to bring in the necessary financing and solutions. 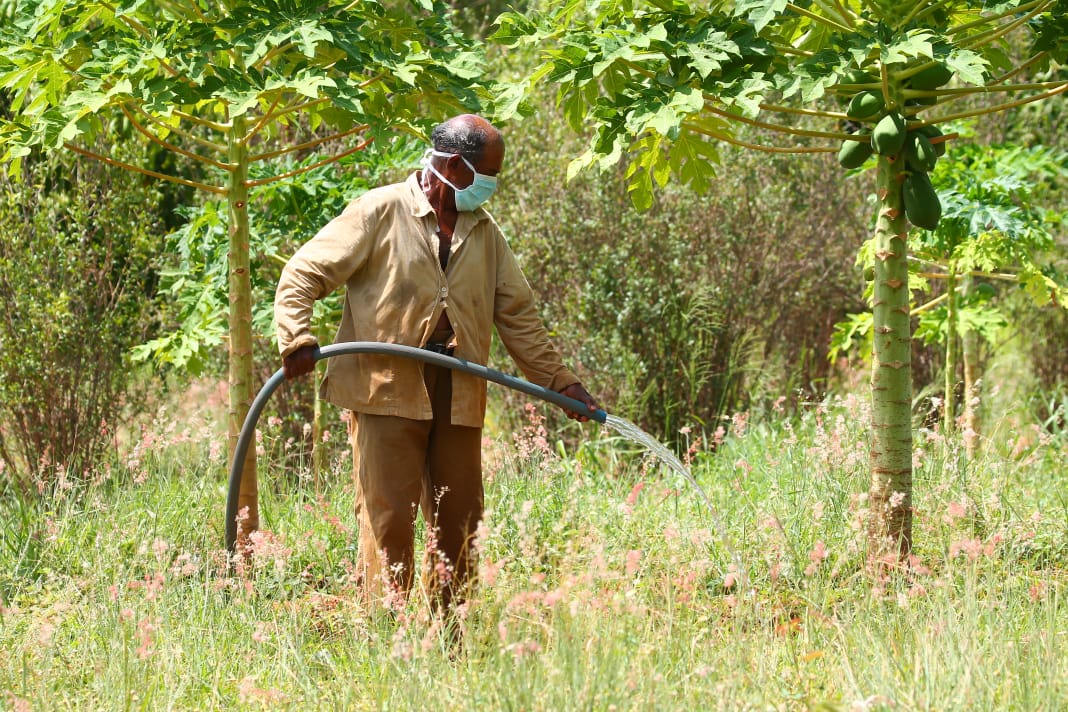 In Sri Lanka poverty levels are expected to rise to 13 percent, up from 8.9 percent. Photo: Shane Bayley

Third, by investing in people. Human capital has been and continues to be Sri Lanka’s real wealth and a great source of potential.  While schools and universities closed during the pandemic, online learning, including through television and radio and e-learning, supported students in schools and universities. For decades, the World Bank has supported the government’s efforts in health and education, and we will continue to support these two areas to improve the productivity of workers to help them move into higher-paying jobs and out of poverty. You can read their stories here.

The World Bank-supported Agriculture Sector Modernization Project and Climate Smart Irrigated Agriculture Project are helping to innovate agriculture by inter-cropping big onions within mango orchards, growing cassava in village clusters, and cultivating hybrid chili seeds in polytunnels. Farmers in 11 districts of Sri Lanka are receiving support including knowledge in climate-smart agriculture practices.  You can read their stories at www.asmp.lk and www.csiap.lk.

The Covid-19 pandemic shows the global vulnerability to new threats . In Sri Lanka, this is in addition to existing vulnerabilities to climate shocks, including floods and droughts, which disproportionately impact the lives of the poor. The World Bank is already engaged in creating more resilient livelihoods, including through improved flood protection, landslide prevention, and improving weather forecasting services.  Covid-19 teaches us that we need to do more and develop the tools and approaches to ensure the recovery from the pandemic leads to greater long-term resilience.  There are opportunities for a green recovery, to enhance the sustainability of the country’s abundant natural resources in its land, forests, wildlife, and oceans, to push ahead with cleaner energy and green infrastructure, and use technology and financial instruments such as insurance to make Sri Lanka better able to reduce risks and withstand shocks.

When I arrived in Colombo a few weeks ago, soon after taking up my new role as World Bank Country Director for Sri Lanka, I was struck by the unfailing warmth, grace, and hospitality of the Sri Lankan people – even in this time of crisis. Beneath this warmth lies resilience. It is this resilience that will carry you, the people of Sri Lanka, forward. The World Bank’s team in Sri Lanka stands ready to walk this road with you.

This article was originally published in the Daily FT on October 17, 2020 It is a very informative article.