Two years ago, we started counting how many Sri Lankan agencies were involved in trade facilitation processes such as issuing permits and managing the movement of goods in and out of the country.  We counted at least 22 agencies in this assessment, and today, the Department of Commerce estimates that number at least 34 agencies are involved in issuing permits or publishing regulations that affect trade.

We know trade is critical to Sri Lanka’s future and that there are strong links between trade, economic growth and poverty reduction.

However, the trading community reports a lack of transparency, confusion around rules and regulations, poor coordination between various ministries and a dearth of critical infrastructure—you can see why trade has suffered in Sri Lanka. 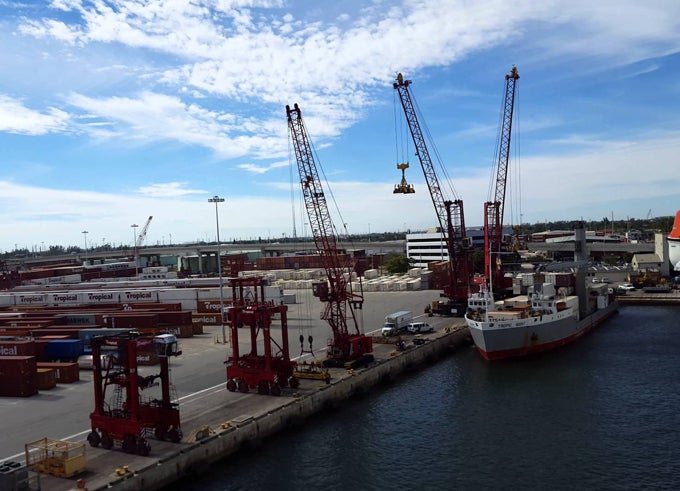 When the World Bank evaluates a country’s performance in critical rankings like Doing Business, the ease of trading across borders is one of the benchmarks we consider. In this, and in other lists like the Logistics Performance Index, Sri Lanka is underperforming compared with its potential. Here, the average trade transaction involves over 30 different parties with different objectives, incentives, competence and constituencies they answer to, and up to 200 data elements, many of which are repeated multiple times. This environment constrains the growth of Sri Lanka’s private sector, especially SMEs.

But now for the good news. By ratifying the World Trade Organisation Trade Facilitation Agreement, Sri Lanka has signalled its determination to intensify reform efforts.

A major, positive step has been s the establishment of a National Trade Facilitation Committee (NTFC). A public-private body, it’s chaired by the Director General of Customs and co-chaired by the Director General of Commerce. Key players in the private sector are very actively involved. This is so encouraging to see. Our experience from working in many countries is that you need this kind of high-level commitment to a new trade facilitation regime, otherwise it simply won’t get off the ground.

The NTFC has big plans for Sri Lanka. One of the first major initiatives willbe a Trade Information Portal. Based on a World Bank toolkit that has been rolled out in a dozen countries, the portals will bring all the procedures that traders need to comply with to import or export, onto one website. The Portal will be in place by mid-2018. The second is a National Single Window. If the idea of the Portal is to have all the regulations in one place, the idea of the National Single Window is to have one transaction point between the trade community, the private sector and the Government. You can read more about them here.

Simply implementing these two measures could provide a significant boost to Sri Lanka’s economy. All countries benefit from trade facilitation reform but the impact is often the greatest in developing countries where costs are typically much higher than in OECD countries.

But, it’s not just the trading community that will experience the pay off. We have seen that one of the biggest benefits to come out of this reform process is actually how it drives a change in culture. Every government that successfully implemented these kinds of reforms, had to first commit to overhauling their internal systems and ways of operation.

In Sri Lanka, it would mean all those 34 agencies involved in publishing trade-related information would begin to cooperate more effectively. In keeping with the spirit of the country’s new Right to Information Act, they would have to build a relationship of transparency and accountability with the trading communities and businesses they interact with. Once there is clarity on regulations and the process itself, the government will have an opportunity to streamline the way it works, undoing unnecessary duplication of work while promoting efficiency and service delivery.

It’s clear that implementing these ambitious new reforms is going to be a major national project. It is a long-term commitment, and won’t happen overnight.  In the next few months, the World Bank will be developing a blue print with the Government for how the National Single Window will operate. It will be complete by next year, and within 18 months to two years after that, the National Single Window should be in place.

This process will demand a lot from all those involved, but if we think of where we are today— the lack of transparency, the complex regulations, the pressure that’s pushing firms towards informal sector in trade—we’ll be moving toward faster, fairer, and more predictable and transparent processing and clearance of imports and exports, all at lowest cost to the trading community. Small firms in particular will see the change. It’s a huge investment, not just of funds but of time and effort, but it could help Sri Lanka realise its potential as world-class trading hub. With its enviable location, resources, and people already in place, Sri Lanka has everything going for it.