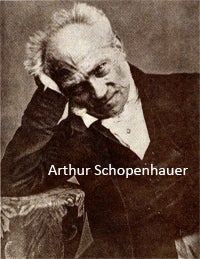 Even if most news media dismissed last month’s Rio+20 summit as a failure, the conference did produce an agreement that may well wind up being its most positive legacy.

It was approval to develop a set of Sustainable Development Goals, or SDGs. Another initiative that was launched at Rio+20 – the UN Secretary General’s  Sustainable Energy for All (SE4ALL) initiative – is sometimes cited as an illustration of what SDGs would look like for the energy sector.

More broadly, these SDGs transfer the methodology of the poverty-focused Millennium Development Goals, largely seen as a successful work-in-progress, to address the sustainability challenge.
The SDGs, said the Rio+20 outcome of the conference document, “should be action-oriented, concise and easy to communicate, limited in number, aspirational, global in nature and universally applicable to all countries while taking into account different national realities, capacities and levels of development and respecting national policies and priorities.”

As the MDGs have shown, measureable goals that enjoy widespread consensus can mobilize the support of governments, private sector and whole societies behind them.

This is critical because the three goals of the SE4ALL initiative—universal access to electricity and clean cooking fuels, double the share of renewable energy in the global mix from 15% to 30%, and double the rate of improvement in energy efficiency—are ambitious. Achieving the first one, on access, would require investment of about $48 billion a year to 2030, five times above the $9.1 billion invested in 2009, this when many countries face economic crisis or only sluggish recovery.

Achieving the renewable energy and energy efficiency goals will require not only massive increases in investment, but an about-face change in many governments’ policies: they would have to stop subsidizing fossil fuels, and start creating incentives for clean energy.

Right now, about 85% of the world’s energy comes from fossil fuels. In recent years, talk of “peak oil” has subsided with new oil finds off the coast of Brazil, in addition to ongoing extraction of crude from Canada’s oil sands, shale oil and gas “plays” in North Dakota, Texas, and Pennsylvania, as well as discovery of a gas field as big as Norway off the coast of Mozambique. As the worldwide middle class rises from 1.8 billion today to a projected three billion by 2030, business-as-usual projections see fossil fuel-based energy demand rising in tandem, while oil and coal producers race to meet it.

Changing this scenario will require a new way of looking at the world. Targets such as those established by the UN SE4ALL initiative can help articulate it, and thus create needed incentives and even pressure on governments to engineer the necessary policy shifts to deliver access to electricity and clean cooking fuels to those without them, while also encouraging clean energy development.

One day—beyond 2030—most of world’s energy will come not from fossil fuels, but from renewable sources. If that sounds like pie-in-the-sky, consider this: on May 26, Germany’s PV solar installations fed 22 gigawatts of electricity into the grid at one point, providing nearly half of the country’s energy needs. This milestone is not an accident; it is the product of feed-in tariffs that have fuelled the solar installation boom.

Feed-in tariffs, or FiTs, provide an up-front guarantee by governments—or government-regulated utilities—to pay a premium rate to renewable energy producers, as opposed to fossil-fuel energy producers. If more countries followed Germany’s example, and replaced their fossil fuel subsidies with FiTs, more of them would achieve milestones like half their electricity coming from sunlight, with a frequency starting with a day, and rising. “Feed-in tariffs are the policy driver in almost every PV success story,” Mark Fulton, head of climate change investment at Deutsche Bank, told a recent World Bank workshop.

Some claim that the idea of most energy coming from renewable sources is a pipe dream. Others oppose it with considerable force as something that would provoke unacceptable economic costs (although Germany’s economic success should give them pause).

In this context, it is worth recalling the German philosopher Arthur Schopenhauer’s observation: “All truth passes through three stages: First, it is ridiculed; Second, it is violently opposed; and Third, it is accepted as self-evident.”