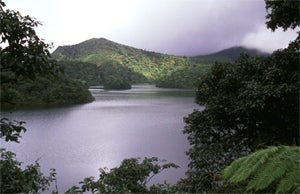 The Small Island Developing States, or SIDS, include 52 countries spanning the Caribbean, Atlantic, Indian and Pacific Oceans, as well as the South China and Mediterranean Seas. They range from low-income countries such as Haiti to high-income countries like Barbados and Singapore.

Despite their diversity, many of them have a challenge and irony in common.  Being small, often remotely-located,  and usually without domestic fossil fuel reserves, these countries rely on imported fossil fuels for their energy, and bear the brunt of high and volatile  oil prices.  The irony is that many of these same islands have abundant renewable energy resources, including wind, solar, hydro and geothermal. And many are at sea-level, vulnerable to sea-level rise provoked by climate change, and highly-sensitized to the urgency of making a transition to a greener economy—a transition that would reduce their exposure to petroleum price shocks and hikes. 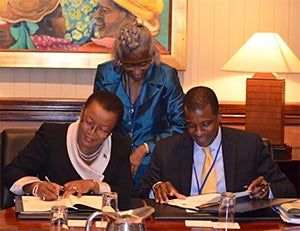 It stands to reason that SIDS have a particular stake in the Sustainable Energy for All initiative that calls for universal energy access by 2030, combined with a doubling of the share of renewable energy in the global energy mix, and a doubling in the rate of improvement of energy efficiency. The UN Secretary General’s rallying call, as well preparations for the upcoming Rio+20 Summit, brought representatives of SIDS around the world to Barbados May 7-9 to share experiences and unite their voices in a Barbados Declaration.

The Declaration includes voluntary renewable energy commitments by 19 SIDS; for example, Maldives committed to achieve carbon neutrality in energy by 2020, and Mauritius, to increase its share of renewables to 35% by 2025. The Declaration also urges delegates in Rio next month to be “ambitious” in seeking an agreement that “reflects the needs of SIDS”. It also seeks support to adapt renewable energy technologies so that they are “accessible and affordable” to SIDS communities.

Caribbean is a case in point

The SIDS Conference highlighted keen interest among these countries in scaling-up renewable energy, as well as frustration at their lack of access to finance for it. The Caribbean is a clear example. Its heavy dependency on fossil fuel imports is a serious macro-economic issue. Oil price rises translate, in some countries, to spending up to 20% of GDP on fuel imports, more than the total value of exports in some cases. It’s not surprising that 14 of the world’s 30 most heavily-indebted countries are Caribbean states.

The combination of high fuel import prices and small-scale diesel generation technologies produces power costs of more than 40 cents per kilowatt-hour, at least twice the diesel cost in most developing countries, and up to four times the cost of electricity drawn from other sources.  Such high-cost power puts energy beyond the reach of many households, and stymies economic competitiveness.

Yet some islands are rich in potential renewable energy. The volcanoes of Dominica and Nevis, and Vanuatu in the South Pacific, could be tapped for geothermal energy.  There too, wind and sun are abundant, along with biomass.  Also, in contrast to some other regions, the Caribbean’s renewable energy resources, once developed, could be competitive with fossil fuels.  Of course, some conventional generation would likely need to be retained to provide firm (non-intermittent) power, and for back-up.  With plans for a regional gas distribution system now being actively pursued in the Caribbean, over time, thermal generation could shift from diesel to cleaner gas-fired facilities. Possible undersea interconnections are being explored by policymakers in clusters of islands  that would enable economies of scale in renewable energy development, as well as improved system reliability from pooling a wider range of renewable resources.

Renewable energy development in the Caribbean, and in other SIDS, offers a potential triple win. Reduced reliance on fossil fuel imports would cut indebtedness and relieve macro-economic and fiscal pressures. Lower cost energy would boost economic activity and help relieve energy poverty. And the shift away from diesel-based generation would reduce GHG emissions.

With a price differential of, in some cases, up to 20 cents per kilowatt-hour in favor of renewable energy, the economics of renewable energy in the region look sound. Still, financing renewable energy remains a challenge.  The heavy debt borne by many Caribbean islands restricts their ability to borrow for the renewable energy investments they need to reduce that indebtedness. In these cases, transition funding would help them move on to a more environmentally and financially sustainable path. 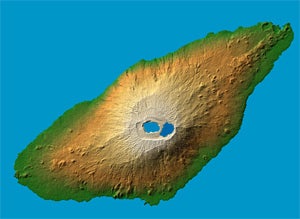 Climate finance would be a natural source of funding to support this transition. But with resources allocated for the first round of the Climate Investment Fund for low-income countries—the Scale-Up Renewable Energy Program—now fully committed, the scope for climate funding is also limited.  The Maldives was approved for first round funding, with a $30 million investment plan to support its transition to a carbon-free economy, although this is now on hold pending the resolution of the political situation in that country. Two more small-island states—the Solomon Islands and Vanuatu—are among six countries waitlisted for SREP finance.

In the absence of increased funding through the Climate Investment Funds, there is scope for a creative solution that would provide financing for renewable energy in small island states that is secured against future reductions in their fossil fuel bills. This kind of instrument has been used successfully to provide incentives for energy efficiency in buildings. The same principle could be applied to islands, thereby enabling them to invest in clean energy now for longer-term savings in meeting their energy needs. The payoff for the international community is a reduction in GHGs (albeit small) and, potentially, multiple examples of successful practice that can be replicated in larger countries. The Barbados Declaration could thus provide inspiration.