So a man walks into a lawyer’s office looking for help with a minor dispute – one he’s sure he can win...
- "Can you tell me how much you charge?" he inquires.
- "Of course", the lawyer replies, "I charge $500 to answer 3 questions."
- "Don't you think that's a lot of money to answer just 3 questions?"
- "Yes it is!" answers the lawyer, "What's your third question?"

It’s funny because it feels true. Pursuing justice takes time and money, even if the dispute is minor. Indeed, minor disputes can be even more vexing, as the costs can quickly outstrip the value of the claim.

The high cost of justice disproportionately affects the poor, as well as micro and small businesses. Their most likely interact with the civil justice system through a dispute involving relatively small sums of money. And resolving that dispute could mean a lot if you’re a small business chasing a bad debtor, an employee who hasn’t been paid, or a tenant disputing an eviction notice. You can’t afford to run the gauntlet of the court system, with all its costs and complexity. 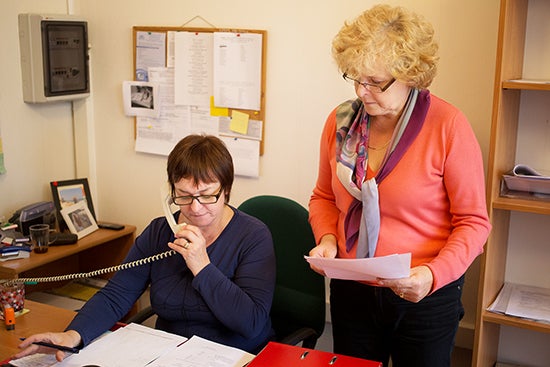 Without a simple and fast way to resolve these kinds of disputes, many poor people – and micro and small businesses – are left with no recourse to pursue worthy claims. And in the absence of legal protection, they are exposed to the power imbalances that perpetuate poverty traps.

But this may be changing. Many countries now offer a small claims procedure, where minor disputes can be dealt with cheaply and speedily by courts or specialized tribunals using simplified fast-track procedures.

So how do the small claims procedures work?

The key factor for reducing cost and complexity is that lawyers are rarely involved. Legal aid is often not provided, and lawyers’ costs are not awarded, so there’s little incentive for lawyers to appear. Instead, parties simply appear before the judge to tell their story. Often, the ordinary court forms and rules of evidence are set aside to speed up the process and ensure common sense fairness.

In Austria, Denmark and Germany, the judge advises the parties on their procedural rights and obligations. The procedure is usually conducted in one hearing, and avenues of appeal are limited. In many countries, including Estonia, Slovenia and Sweden, the procedure can be conducted entirely in writing, without holding any hearings.

There is a lot of variety in the size and types of disputes that can be brought for fast-tracking – for example, in Germany and Croatia, the upper limit is 600 EUR, in Romania and Poland around 2,300 EUR, while in Portugal and Austria it’s significantly higher at 15,000 EUR.

In most EU countries, however, a private or commercial dispute can be handled under a small claims procedure, with some exceptions and protections provided for by law.

Small claims procedures can provide an effective avenue for citizens and businesses to secure an appropriate remedy. The European Commission for the Efficiency of Justice (CEPEJ) now monitors the number of countries in the Council of Europe that offer a small claims procedure, as an indicator of the quality of justice in that country.

A European small claims procedure has also been introduced in the EU for cross-border cases where the amount is less than 2,000 EUR. In the US, and Australia, small claims courts are well established, and blogs are written with tips for people appearing in court.

Several of our clients lack such fast-track procedures. For example, a recent World Bank study of the Serbian court system revealed that a large proportion of their 100,000+ civil cases lodged in 2014 were for claims of less than 300 EUR.

Yet Serbia has no small claims procedure to fast-track minor disputes. Instead, parties must run the full gauntlet of the courts, with multiple hearings and lawyers costs, and average disposition times of over 9 months. The study finds that the absence of a fast-track procedure deters citizens from pursuing justice in Serbia.

With appropriate protections, however, small claims procedures can offer an effective way to ensure equal access to justice for all citizens and businesses. They could also offer opportunities to increase court efficiency, boost user satisfaction, and improve the business climate.

And that’s no joke.

We are currently studying these fast-track procedures in EU countries, with the aim of advising countries who want to join the EU on justice reforms that favor the poor. Do you think small claims procedures are a good idea?  Maybe you have first-hand experience of the procedure? Tell us what you think!